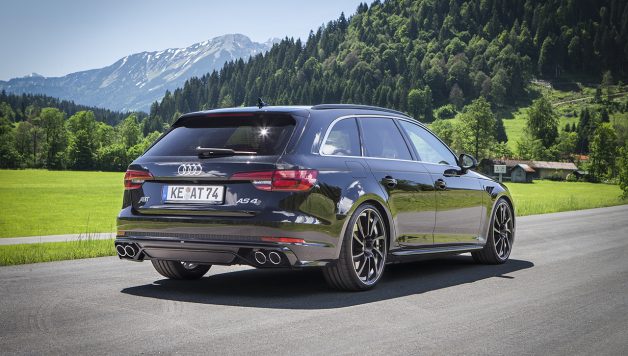 Very sporty and high-end – the new ABT Audi A4 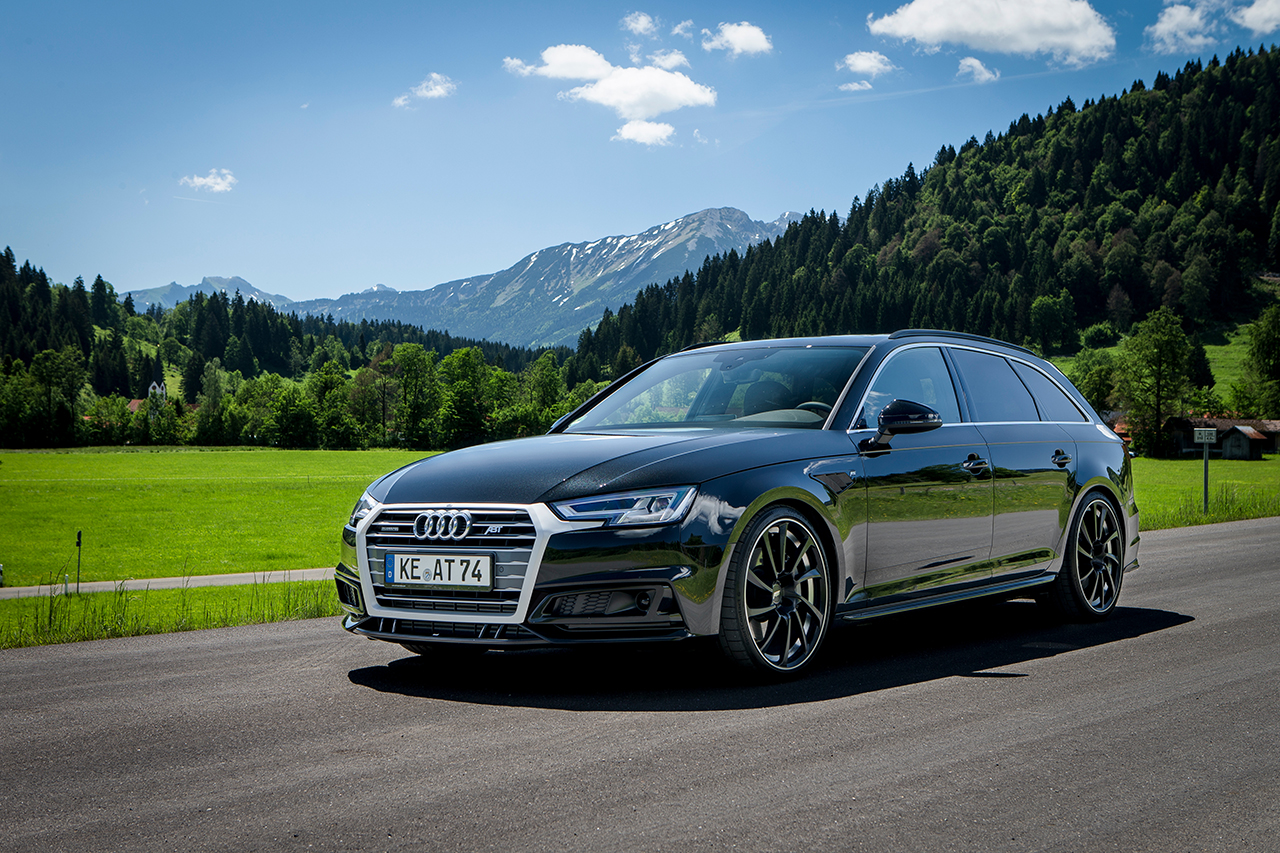 For the ABT AS4 to use this power efficiently, both the limo and the estate got height adjustable suspension springs to make it handle even better, in bends taken fast in particular. And the lower CoG also makes for better looks. After all, the ABT Sportsline designers developed a customised aerodynamic package for the Audi A4 that includes a front spoiler add on, a multi-part front grille add on with black air inlet panels, fender inserts and a rear skirt set with its typical four-tailpipe exhaust.

The icing on the design cake are the ABT Sportsline sport-type wheels DR, ER-C and FR in 8.5 x 19, 8.5 x 20 or 9 x 20’’. You can always also get the wheels you want in combination with Continental high-performance tires. After all, the new ABT AS4 is perfect down to the last detail. Or to put it like Hans-Jürgen Abt, the CEO of the market leader when it comes to enhancing cars produced by the Volkswagen Group: “The A4 is Audi’s power house in every possible sense and has been important for us too, right from the start.“ And he adds: “Audi’s medium sized cars have been a success story for more than 30 years now, first as the Audi 80, from 1994 as the Audi A4. We have dealt with them all and made them perfect. The Audi A4 is the benchmark medium-sized car and posed a challenge to us which we have gladly risen to.“ The result is indeed quite something, don’t you think?