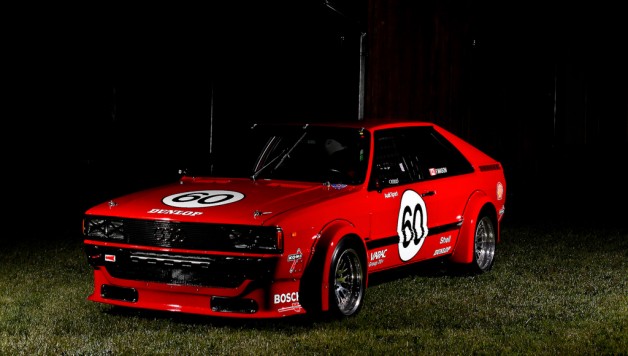 I attended the IMSA 6 hour race at Mosport in Bowmanville Ontario, Canada in August of 1982, and being a factory trained Audi technician I happened to get a little excited about a car I saw race there. It was an Audi 80 Coupe GT recently imported from Germany. The builder and original driver Peter Seikel was the Audi factory team owner for the European Touring Car Series. They campaigned two impeccably prepared Audi 80 GT front wheel drive race cars. One of these was sold to Austrian-Canadian Peter Aschenbrenner who raced it in a few IMSA and Trans Am events before eventually parking it. 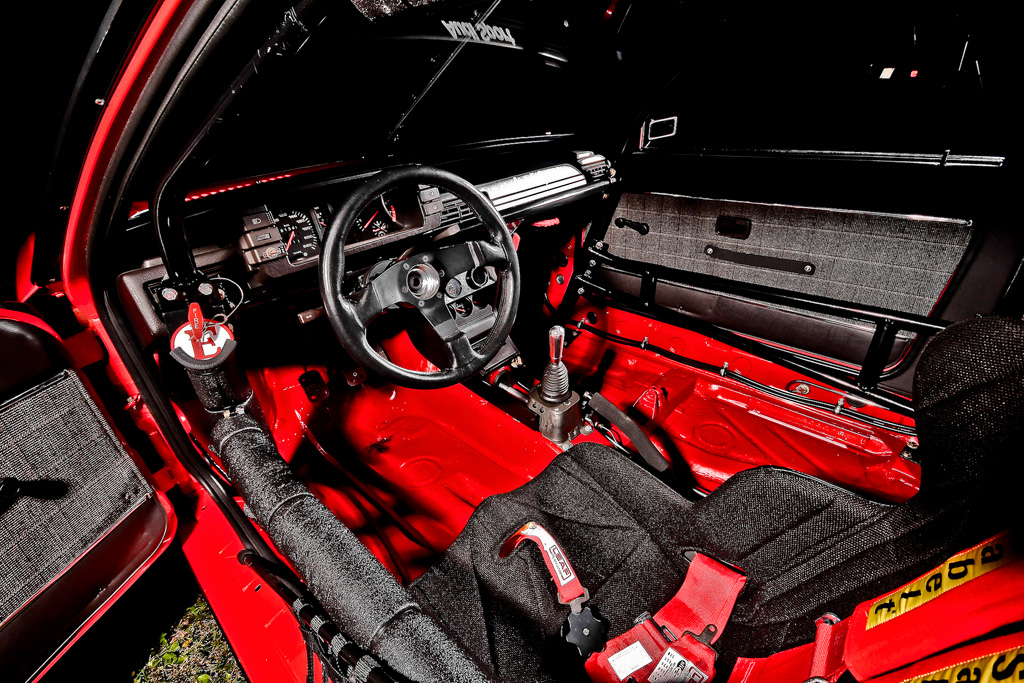 The car sat in storage for a number of years until being sold to Franczak Motorsports of Toronto. They proceeded to hire longtime racer Rudy Bartling to restore the car for historic racing which was just my luck as Rudy was a former race competitor of my Father’s and we all knew each other well. Rudy called me one day through a suggestion of Hans Gramlich, another associate of ours as he knew I was building an Audi Coupe myself and had wanted to replicate a factory car for a long time. This was a chance for me to look at it closely. 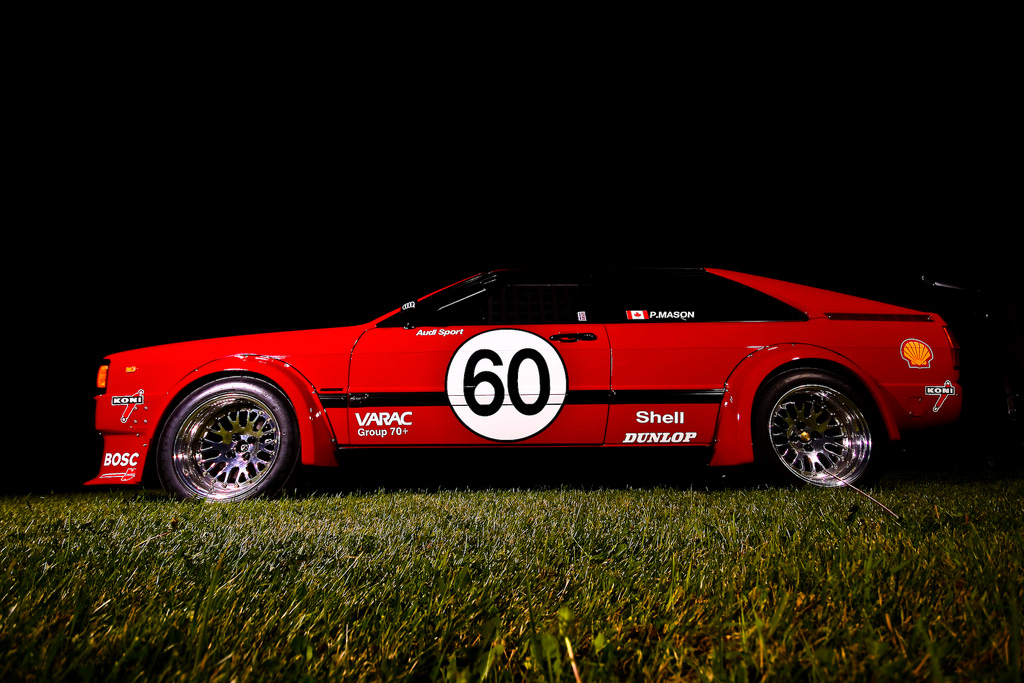 The owners of the car, were nice enough to loan me the bodywork to make replicas for my project and there it started. Through the help of a local fiberglass expert we recreated Audi’s competition touring car fenders and spoiler which was the key ingredient in making the car appear correct. The roll cage came from Safety Devices of the UK and I modified it for the Historic racing group’s current safety regulations. The seat is a Kirkey road race seat with the Audi Sport logo nicely embroidered into the cover for effect. 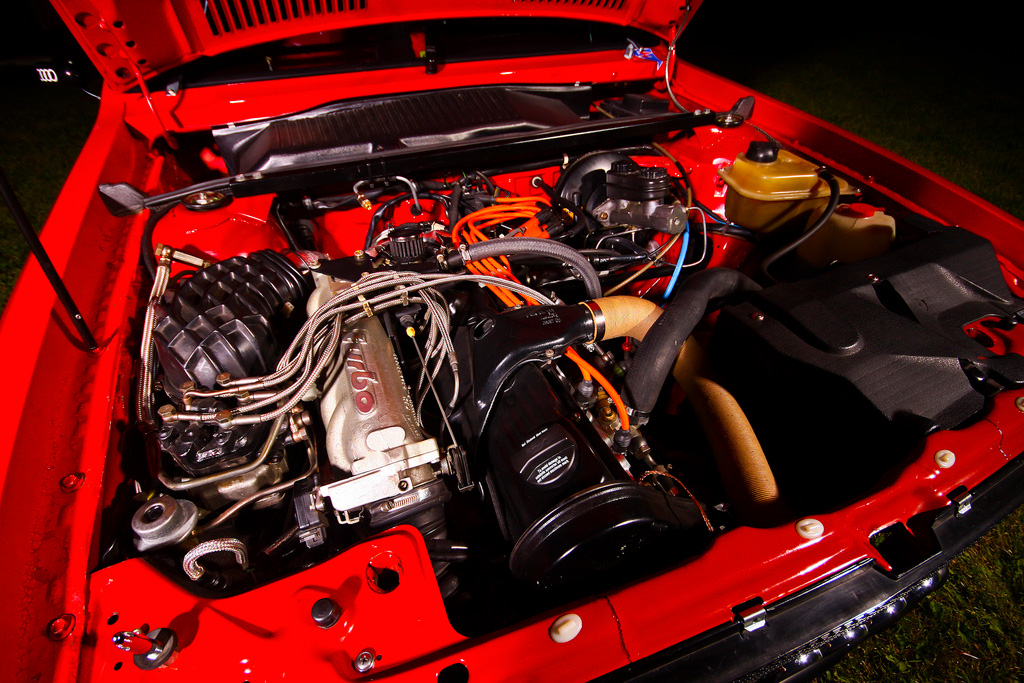 Since the actual 2.0litre 5cylinder competition engine was just not available, our club allowed the installation of the 2.2 Turbo engine from the UR Quattro since the 80 model body type did come with this from the factory in 1981.The fuel system starts with ATL’s fuel cell with a TT internal fuel pump installed. The car currently has the factory CIS fuel system but will be replaced with the programmable O34 EFI unit. Griffin radiator custom built me a nice 3” thick Nascar style aluminum radiator to my specs for handling the abuse and heat of the liquid cooled K26 turbo.

To help get the 260HP of the turbo 5 to the ground is a carbon clutch system and a Quaife LSD installed in the Audi 5 speed transaxle. The suspension has been all solid bushed with Koni adjustable 2.5” coil over system, custom made using various over the shelf and handmade components. The brakes are based on 11” Brembo front discs and 4 piston Wilwood calipers,. The rears are Audi 100 discs and calipers. This tied together with a lightweight Chrysler dual master cylinder and an adjustable brake proportioning valve within reach of the driver, make the car stop incredibly with the fuel load change. Carbon brake pads are also used to endure the hard usage on the track. 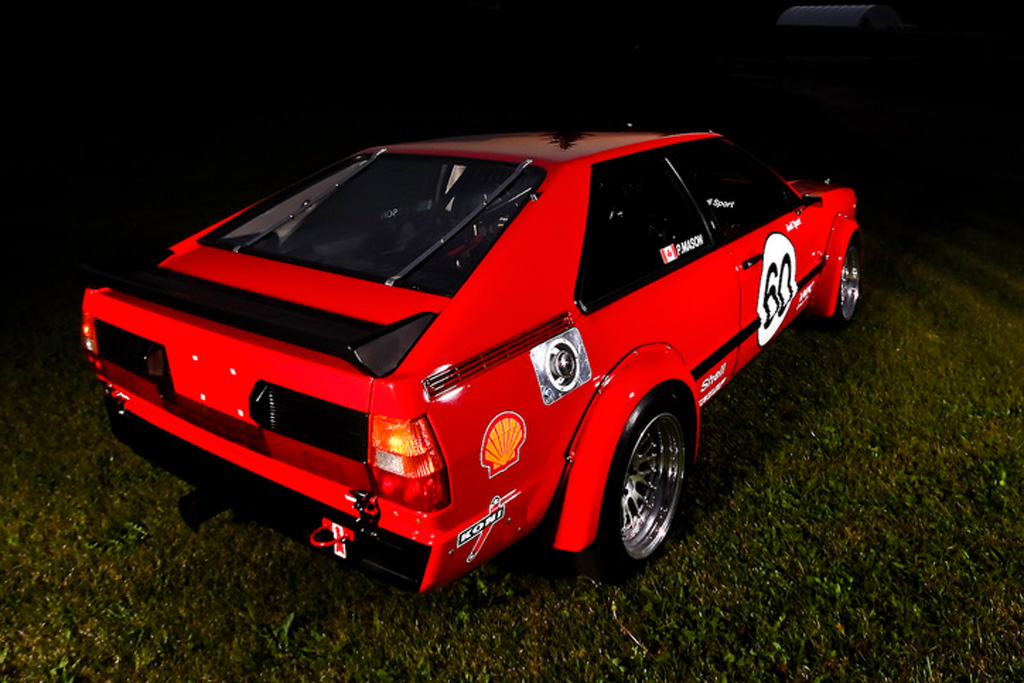 The wheels are from CCW of Florida, who could accommodate me with my studded hubs with 4×100 pattern and required 16×9” wheels which fill the fenders perfectly. The race tires the factory used were 16x10x22. I opted to use a more easily obtainable DOT race tire of a 225/50/16 sizing.

With the weight at just over 2000lbs the power to weight ratio for this old Audi make it very fun to drive.

The original Audi I used for my example and admired so many years ago has just found its way back to Germany and is now in possession of the beautiful “Museum Mobile” where it will undergo one of Audi’s incredible restorations and be a piece of their heritage to be displayed for many years to come. I must say I’m glad to have had a chance to complete my “historic recreation” while the opportunity came to me “by chance”

3 Responses to Audi 80 GT: From dream to reality…by chance