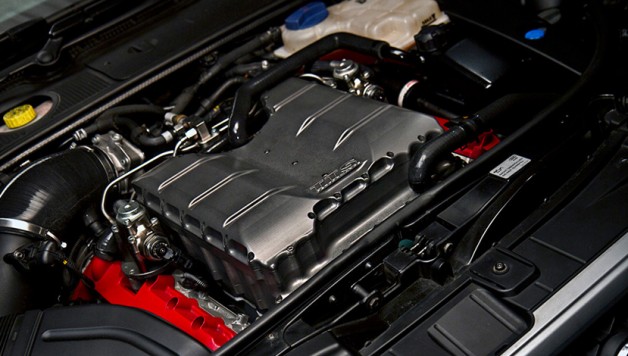 TTS Rotrex supercharger for the Audi B8 S5 and B7 RS4

What is it that turns the average mild-mannered driver into Michael Schumacher as he revs his engine, waiting for the traffic lights to change?

Since the dawn of time, man has craved the thrill of the adrenaline rush that rapid acceleration can trigger. This is true of all drivers, to a greater or lesser degree, regardless of age or gender – there are traces of Schumacher in all of us!

This desire for excitement is very real. It goes beyond the psychological. It is hormonal.

When we feel nervous or excited, adrenaline is secreted by the adrenal glands and enters the blood stream. As we wait for the traffic lights to change, tension builds. Our air passages dilate, our heart rate increases and we breathe more heavily, pumping more blood into our muscles. This increases sensitivity throughout the entire body and creates a feeling of heightened awareness. The pupils dilate and our vision becomes clearer. If the pressure is really on, we may even break out into a sweat. The digestive system stops functioning altogether, but the liver increases its metabolic rate giving us an immediate energy boost. We suddenly feel able to respond quickly and efficiently to any challenge. In extreme cases, we really do develop super-human strength. It is as though the body has shifted into a higher gear as the brain finally releases endorphins, giving us that exhilarating thrill as the car pulls quickly away when the lights eventually turn green. Driving at its very best.

It seems that man’s desire to achieve 0-60 in record time is more than just aggression, vanity or a mid-life crisis. It is driven by a physical need for excitement. A need to feel alive. Society owes everything to those seeking the most extreme, nerve-tingling experiences. The geographical explorers of yesteryear, are the ones pushing the boundaries of technology today. Remember that, the next time you feel guilty about the pleasure derived from pulling away quickly from the traffic lights.

TTS PERFORMANCE, SILVERSTONE
Richard Albans, CEO of TTS Performance Parts Ltd in Silverstone, understands the “traffic light syndrome” better than most. Starting out in 1982, the company quickly built an international reputation for building and tuning race engines. Richard himself holds a number of impressive land speed records and still participates regularly in car and bike drag racing. Today the company is focused on supercharger conversions both for motorcycles and road cars, working closely with the high end supercharger manufacturer, Rotrex, of Denmark.

“Superchargers have been around for some time”, explains Albans. “The first one was produced by Scottish engineer, Sir Dugald Clerk back as early as 1878!” Gottlieb Daimler and Louis Renault in turn patented later versions and Mercedes went on to launch the first series production cars with superchargers at the Berlin Automobile Exhibition in September 1921, the 2.6 litre 10/40 and the 1.6 litre 6/25 models known as Kompressors. The rest, as they say, is history. 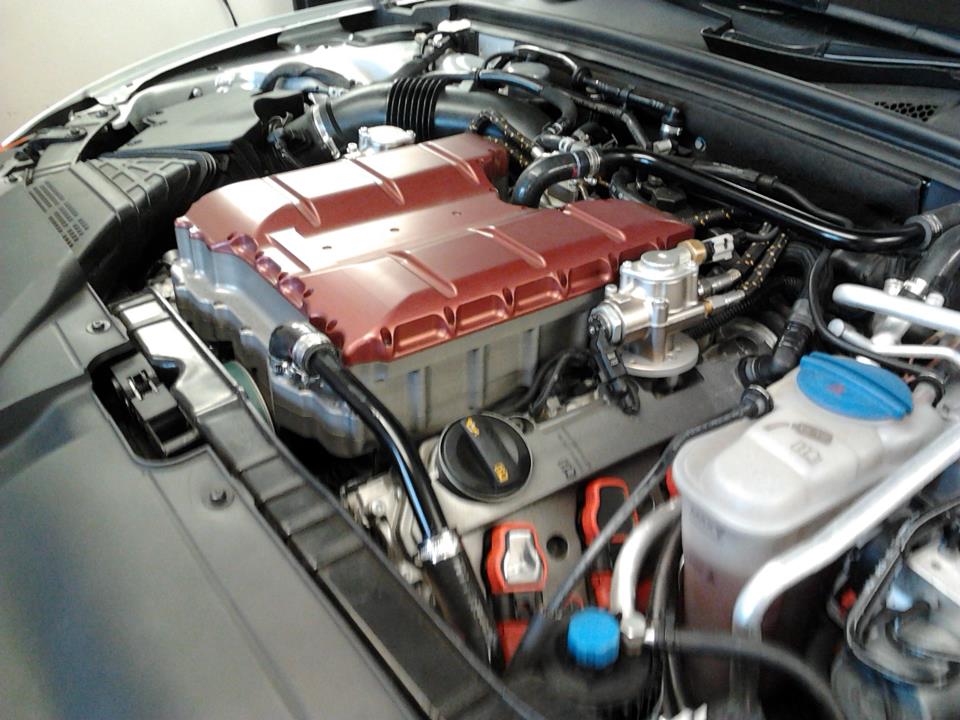 SUPERCHARGER TECHNOLOGY
Today there are two fundamentally different types of superchargers being produced. They differ in the method used to compress the air flowing through them. The Mercedes “roots” type of supercharger uses a system known as “positive displacement” whereby the volume of air displaced is fixed for each revolution of the engine. The “centrifugal” type favoured by TTS is more dynamic in that the air pressure increases with speed and is therefore more efficient at high boost levels.

A well designed and professionally fitted supercharger should be capable of meeting the individual driver’s requirements for engine performance, driveability and reliability. Fitting a supercharger is one of the most effective ways of improving the performance of an internal combustion engine without having to modify the engine itself. In a centrifugal system, the supercharger powers an impeller at high speed, drawing air into the centre at low pressure. The impeller vanes slow down the air flow, increasing the pressure. By compressing the air before it enters the cylinders, more air and fuel can be burned at the combustion stage, increasing torque by around 70% and horsepower by as much as 100%.

ROTREX SUPERCHARGERS
Because Rotrex superchargers are powered mechanically by means of a belt driven directly by the crankshaft, there is no delay in throttle response time from the pedal as there is with a turbocharger. The patented traction drive technology, transmitting power through the friction forces between the rotating parts, is key to the Rotrex compact design, high efficiency, low noise and outstanding reliability. This friction is optimised by the specially developed traction fluid which has increasing viscosity as the surface pressure increases, enhancing drive performance whilst cooling and protecting the system.

Rotrex centrifugal systems can usually be bolted to the top or side of an engine, making them easy to install and cheap to maintain. Richard Albans selected Rotrex as the supplier of his superchargers believing that they have a competitive edge over any other forced induction system. “Simple in their design and built to last from high quality, non-exotic materials, Rotrex superchargers are more readily customised and integrated with our customers’ engines to produce the best possible performance at minimal cost. The results at the traffic lights speak for themselves!”

TTS has recently introduced a conversion of the Rotrex supercharger for the Audi B8 S5 and B7 RS4 4.2 FSI V8 engine’s. Designed and manufactured at the TTS development centre in Silverstone, the new conversion uses the latest Rotrex C38-91 centrifugal supercharger that spins at 90,000 rpm and is capable of flowing 0.7 kg of air per second (over 1200 cfm). Although the system flows a large volume of air, it does so very efficiently, keeping the compressed charge temperature below 45ºC, even when accelerating hard. The plenum chamber and charge cooler housing are CNC machined from aircraft grade aluminium, combining maximum strength with minimum weight.

This Audi supercharger conversion has the largest possible charge cooler for the space available, ensuring that the air is cool, the charge is dense and the power is great. In addition to the cooling system and the 180 litres/minute OEM quality Bosch water pump, the system uses 6mm Phonetic gaskets to reduce any heat transfer from the engine to the plenum chamber. The result: maximum power for the longest period of time.

Audi felt that a 5 rib belt would be capable of driving the alternator and TTS realised that running a supercharger with the same size of belt would lead to problems. The company has therefore designed a supercharger drive train using an 8 rib heavy duty belt to give the maximum wrap around the supercharger and crank pulleys and provide greater resistance to slip. This design, together with the high quality SKF silicon grease bearings in all the additional pulleys and the Zylan coated finish, gives the system good corrosion resistance and durability. Confident that the conversion is robust, TTS provides 2 years warranty with the Audi supercharger.

Albans believes that the combination of Rotrex technology with the experience and understanding of his team in Silverstone is a winning one. “As one of life’s true adrenaline junkies, I know exactly what my customers are looking for when waiting for the lights to turn green. There is nothing more satisfying than feeling that the car beneath you is fully synchronised with you and your aspirations for that brief but intense thrill of rapid acceleration.” Happy to learn that his quest for speed qualifies him as a pioneer in the modern world rather than simply a would-be boy racer, he is looking forward to enabling Audi drivers in the UK and beyond to get the most from their engines and leave every set of traffic lights fully charged with endorphins – with just a cursory glance at the surprised driver of the brand new R8 alongside as you leave him standing. 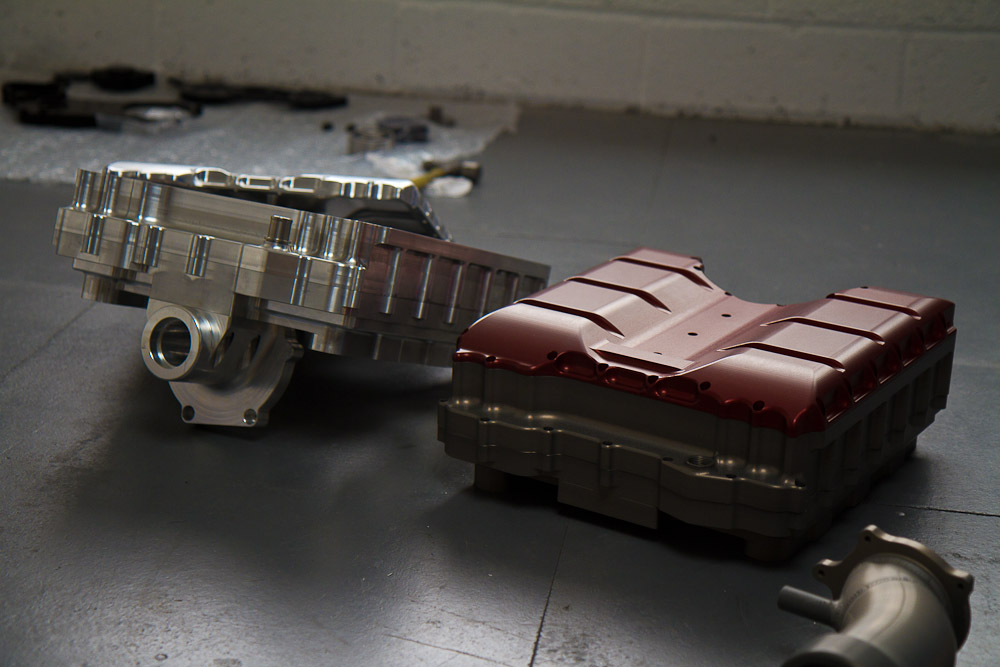