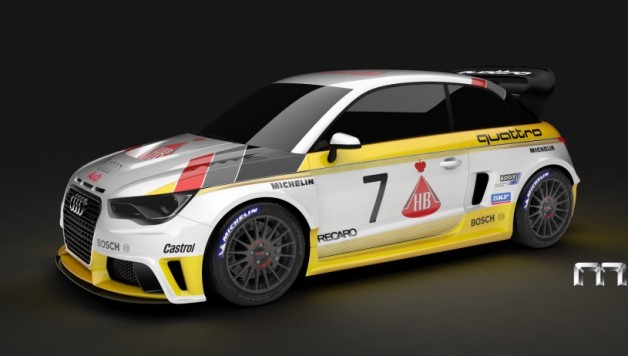 MTM A1 quattro Group B

In the era when phenomenal performance of the Ur-quattro sent the BHP-focussed establishment running for the hills, MTM in Wettstetten had not yet been born. However its founder, Roland Mayer, then 25 years old, was already working as an engineer at Audi. He is a power and performance junkie, who likes to prove the effectiveness and reliability of his developments by striving for new records – usually beginning with the number 3. The MTM S4 Cabrio will achieve 311 km/h, the RS6 Clubsport tops out at 362 km/m and even the A8 4.2l diesel can be persuaded to 300km/h without the slightest protest.

The recent MTM A1 Nardo Edition project appears to stand out as puny “David” amongst the ranks of the “Goliaths” from Wettstetten. However on the long, banked oval of the Nardo test facility this most compact of Audis reached 324 km/h or 201 mph. This was not just another record in the annals of the company, but also the seed of an idea for another more ambitious project that has now come to fruition: an S1 modified according to Group B regulations with a styling package by designer Roland Hall from South Carolina. Currently the heavily modified engine boasts an impressive 427 PS but Roland Mayer talks about 450 PS from the final version. “I could manufacture a small production batch if I could find ten enthusiasts who were prepared to pay around €120,000”, says the boss, “and there would be full certification for road use as an added incentive”. 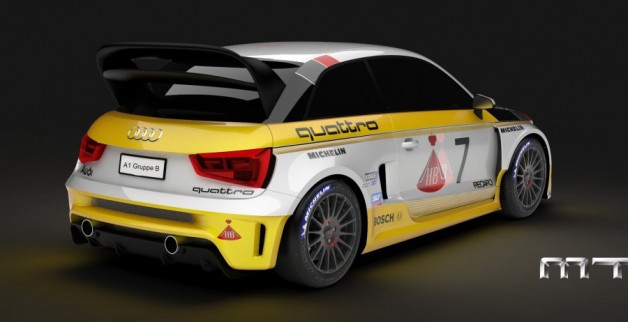 For those for whom this might not be enough and who want an even bigger slice of fun, it might be possible to offer a race-derived sequential gearbox or the 2.5 litre engine as in the A1 Nardo Edition – at extra cost of course. “As ever, this would be new milestone for the MTM marque, rather like dotting the i, in the 25 years of our illustrious history”, smiles Roland Mayer, Chief Executive of MTM, in front of the Audi factory gates.