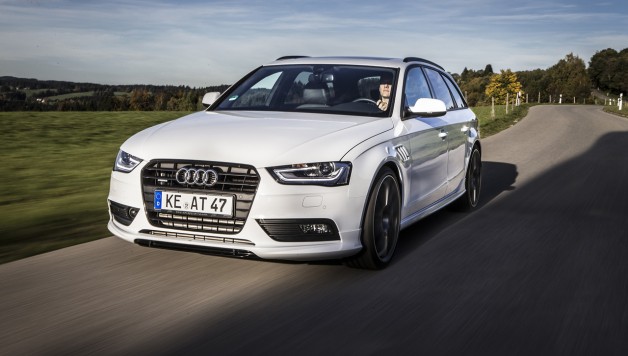 ABT AS4 and AS4 Avant

When exactly four decades ago Audi presented the “80”, the new A4’s “forefather”, ABT was part of it. The traditional Bavarian company has quenched drivers’ thirst for high-performance cars from the very beginning and individualised the medium-sized cars from Germany. “The A4 is a benchmark against which Audi’s competitors have to be measured. This car sets premium standards”, says Hans-Jürgen Abt, managing director of ABT Sportsline. As the ABT AS4 it stands for maximum dynamics and agility, but also for economic efficiency, roadworthiness and a self-confidently discreet design. The same applies to the practical A4 Avant. The new ABT AS4 is the latest milestone in a successful development that began 40 years ago. 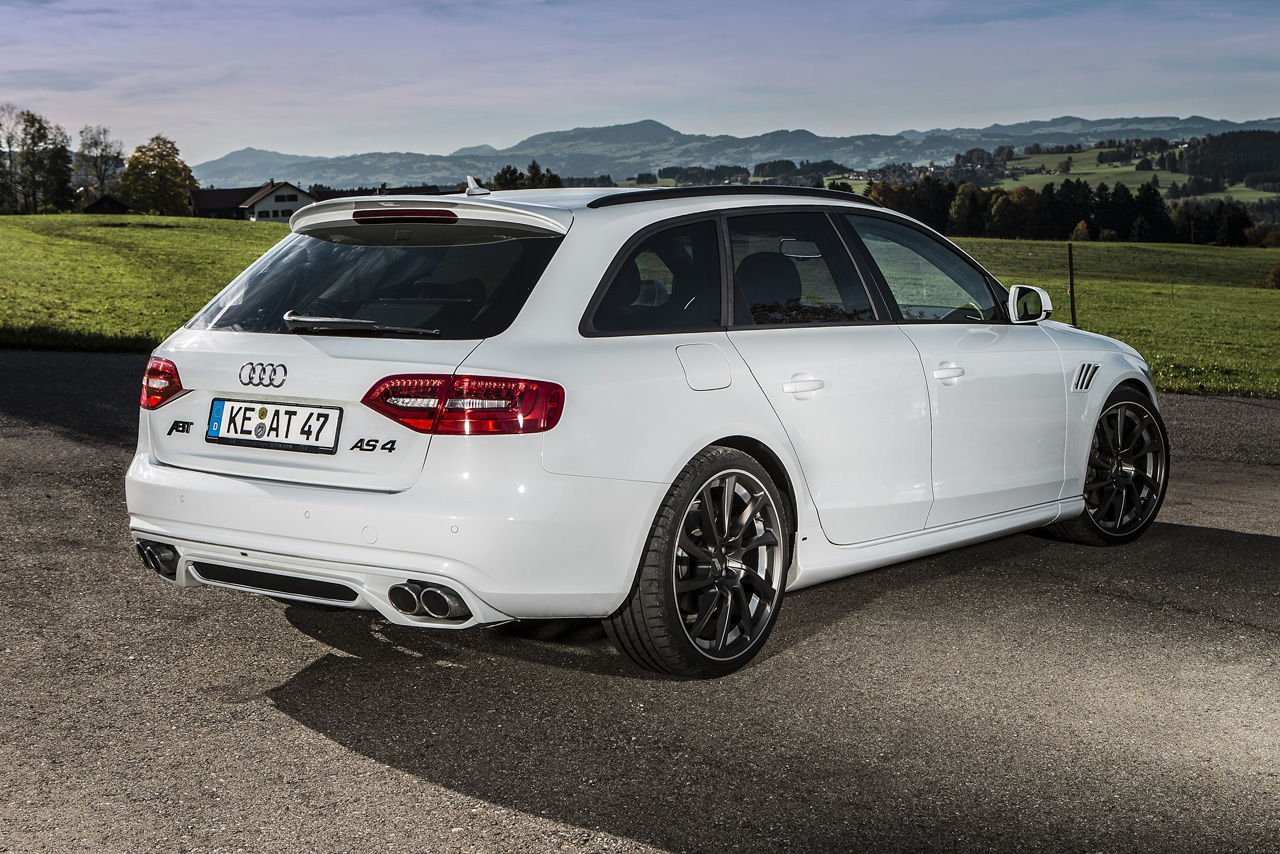 The range of engines for the A4 and A4 Avant has something for everyone. Frequent drivers who want to be both fast and economical can use the balanced and powerful diesel engines. The 3.0 TDI in its ABT version with 300 hp (221 kW) and 570 Nm is a cool and dependable companion in every situation. Its 55 hp (41 kW) and 70 Nm uprating make for much torque and sportiness. The “little” Diesel is particularly economical in its 2 liter version, available
in two variants. Depending upon the original standard performance, it has up to 205 hp (151 kW). And with 420 Nm (serial version: 380 Nm) it shows a lot of torque. The two turbo petrol engines are also sporty, efficient and active: The 1.8 TFSI ABT has 211 hp or 155 kW (serial version: 170 hp/125 kW). The 2.0 TFSI is a product of much engineering process and motor sport know-how: its 270 hp or 199 kW (serial version: 211 hp/155 kW) turn the new ABT AS4 in a fully roadworthy sports car. 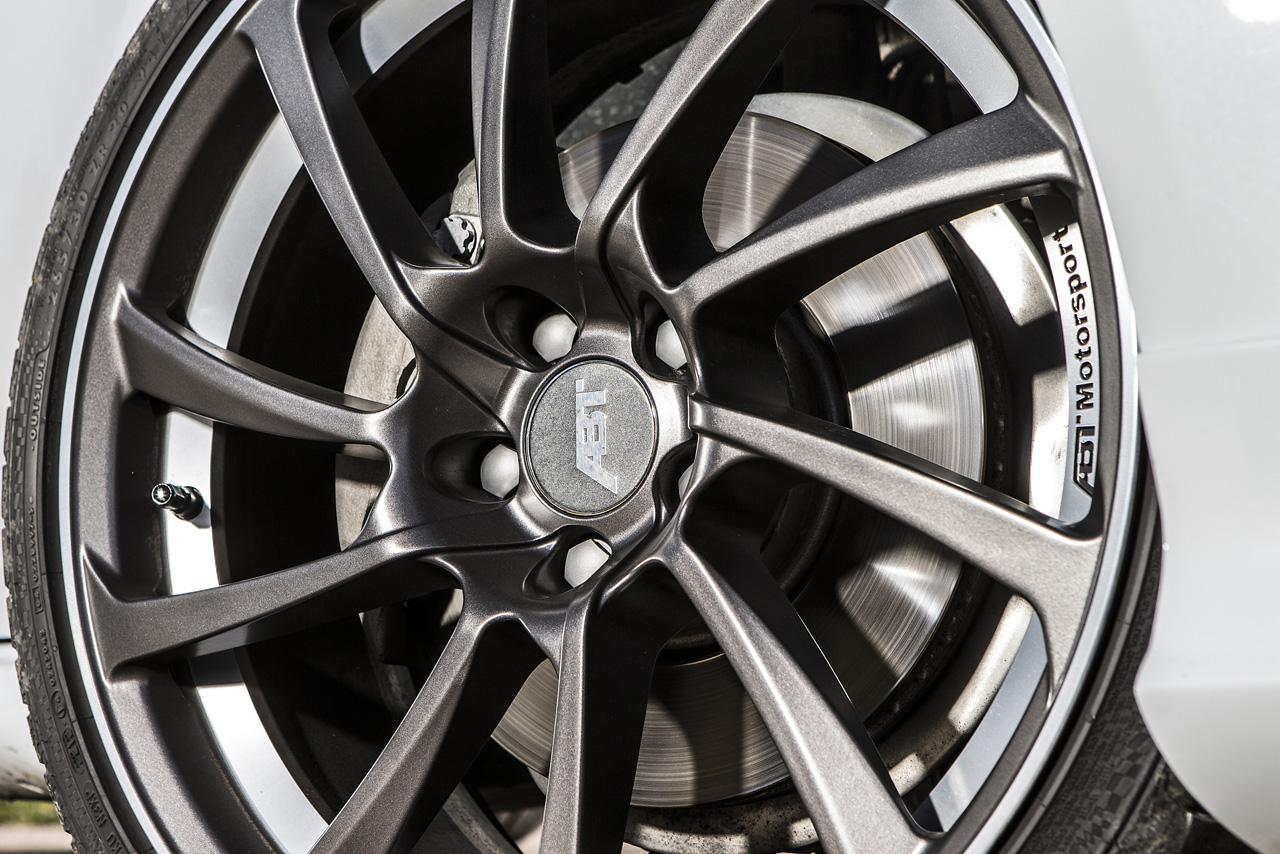 It goes without saying that ABT Sportsline has also developed aerodynamic components for the A4 limo and the A4 Avant: front spoiler, fender inserts and side skirts give it its elegant silhouette. The rear end features a striking spoiler, rear skirt and 4-pipe exhaust system, as it becomes the ABT AS4 and AS4 Avant and their dynamism. The suspension springs lower the car’s CoG, which, in turn, underscores the car’s looks and makes it easier to drive. What is really “premium” about it is the ABT performance coil-over kit, which combines maximum comfort and utmost precision. We recommend to use the ABT wheels CR and DR, available in 19 and 20 inches. Of course, ABT Sportsline also sells the design wheels with high-speed tires. After all the ABT AS4 stands for power, prestige and performance even in the tiniest detail.

ABT AS4 Limousine & Avant – data and facts

ABT EXHAUST TECHNOLOGY
ABT rear pipes