ABT gets impressive 510 HP in the Audi RS5

That was close: With a little help from ABT Sportsline the Audi S5 already reaches 425 HP (313 kW) which is dangerously close to the level of its big brother RS5 which has only 25 HP more ex works. But CEO Hans-Jürgen Abt will set matters straight with a new performance package which increases the power of the RS5: “By means of our ABT Power control unit, the V6 twin turbo engine is able to generate 510 HP (375 kW). The 680 Nm maximum torque feels like a hammer in the small of your back.” 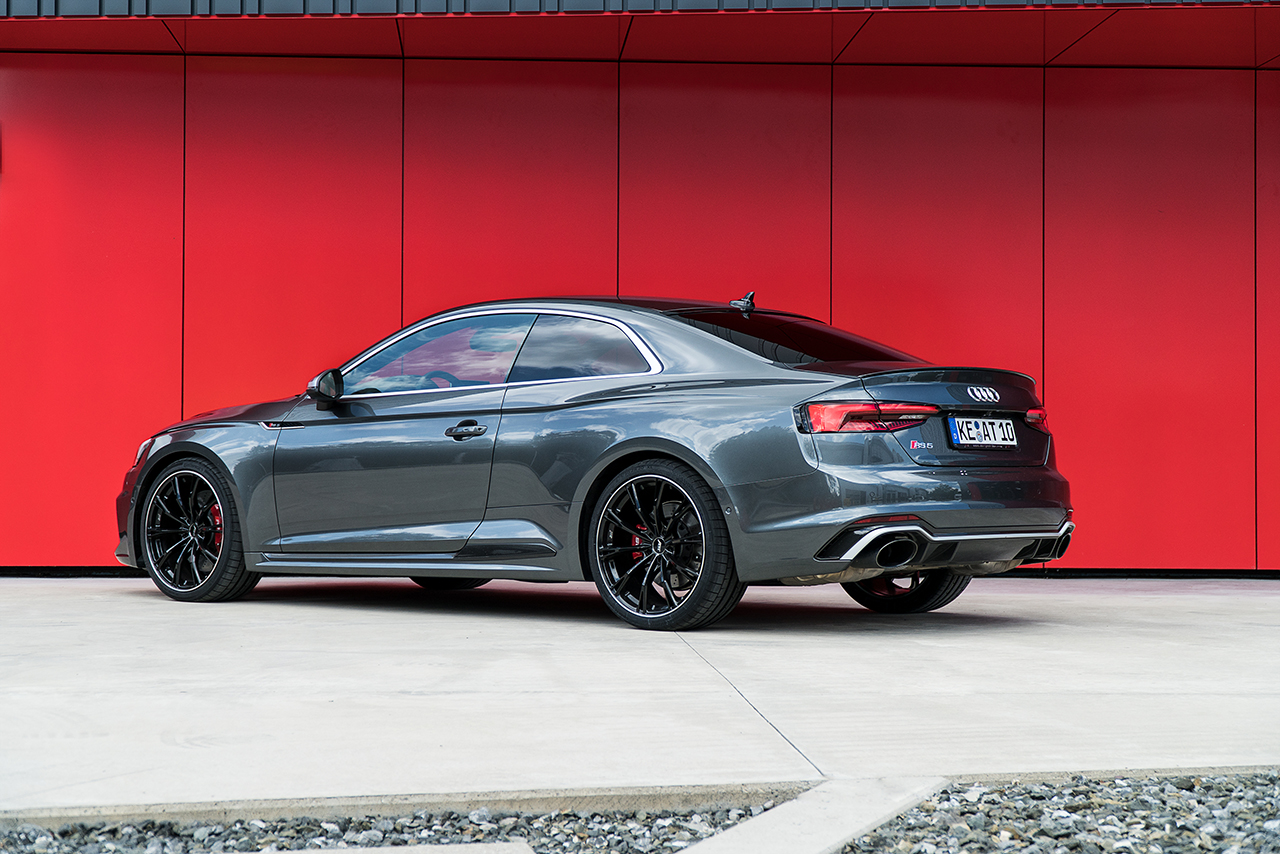 In its base version the current Audi RS5 with its 450 PS (331 kW) does not have more HP than its predecessor with the high-revving V8 engine. The new V6 twin turbo engine, however, is clearly superior in terms of torque already ex works: 600 Nm compared to formerly 430 Nm. In addition to the 60 HP increase, ABT has also increased the torque by another 80 Nm. Anyone who is familiar with ABT Sportsline, knows that somewhere in the “hallowed halls of speed” in Kempten, an even more powerful and limited RS5 model is being developed, too. 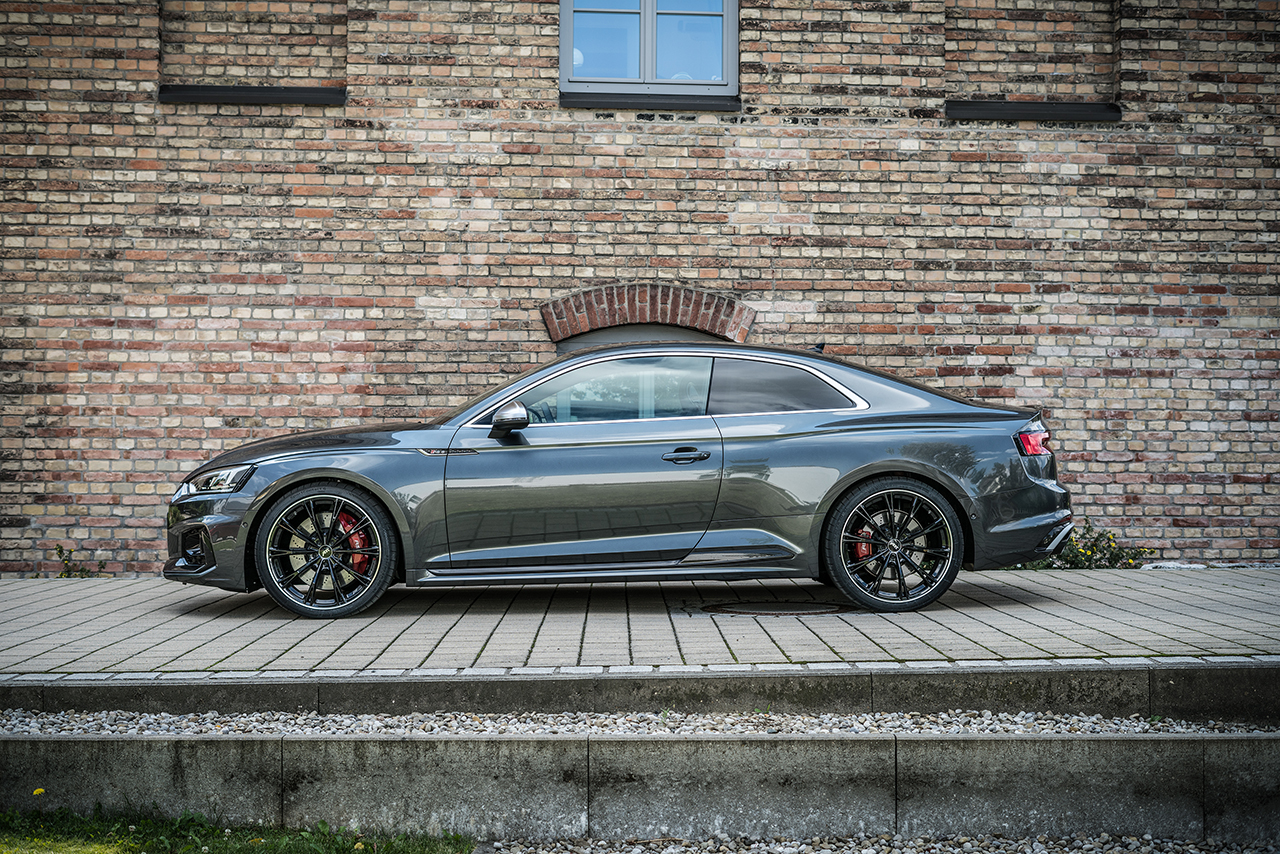 The existing range of attractive 20 inch alloy wheels already displays perfect harmony. Depending on the model, those rims are available in many shades of black, ranging from mystic black over black magic and glossy black to matt black. Sometimes a diamond-machined finish is also used on contrast surfaces. Currently available are the designs DR, FR and GR, as well as the exclusively forged wheel ER-F. All rims can also be purchased from ABT Sportsline as complete wheel sets, either with Dunlop or Continental tires. 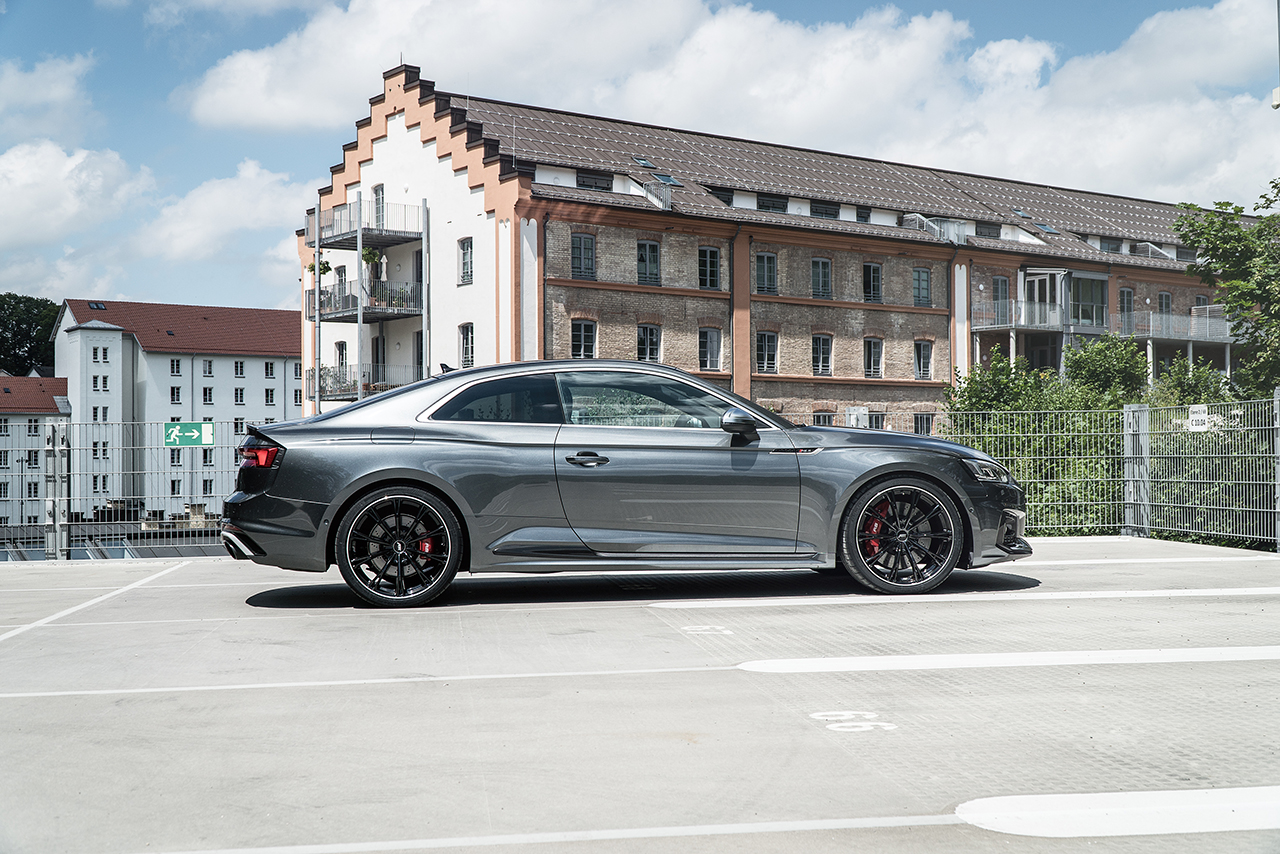 And for those who want to counter black with some light, the cool integrated entrance light is available which uses LEDs to project the ABT Logo onto the ground.