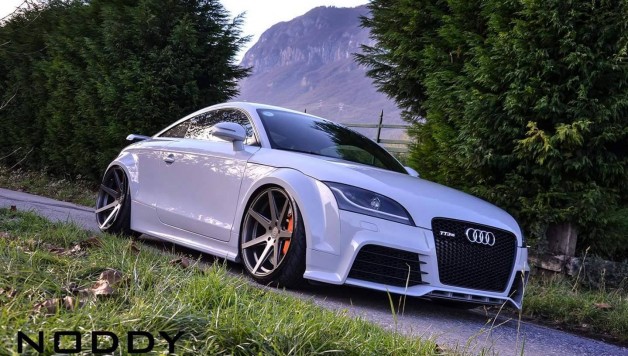 There are no options when it comes to fit a widebody kit to the Audi TT-RS. But this car featured here has a nice widebody kit with a special set of big wheels. 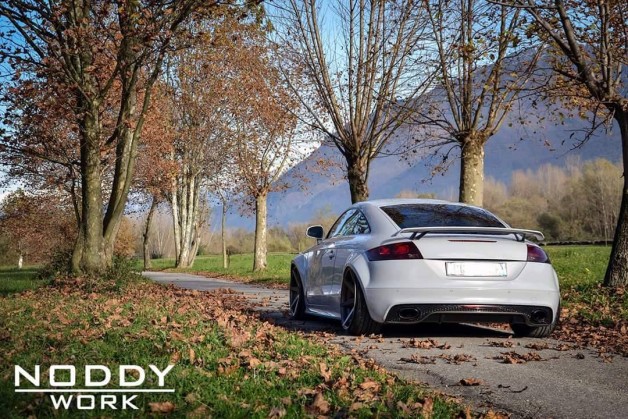 Tuner Lars K Design has developed a special wide body kit for the second-generation Audi TT RS. You might wonder if this kind of widebody works on the Audi TT, but surprisingly it does. The kit consists largely of the massively flared wheel arches alongside the factory bodykit from the TT RS. Other less notable visual changes include extended side skirts and slightly tweaked front and rear bumpers. 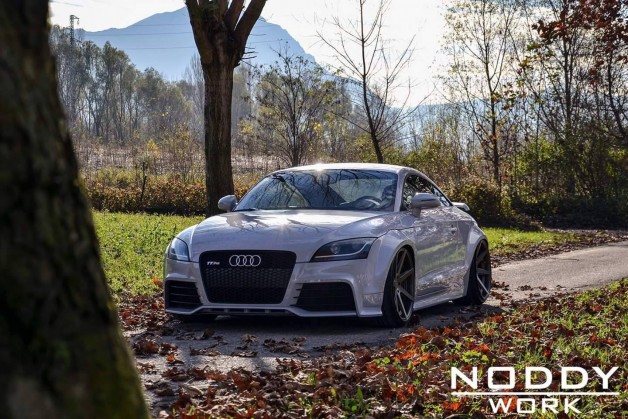 The wheel arches have been dramatically flared and housed inside those arches are a set of Rohana RC7 wheels finished in matte graphite. 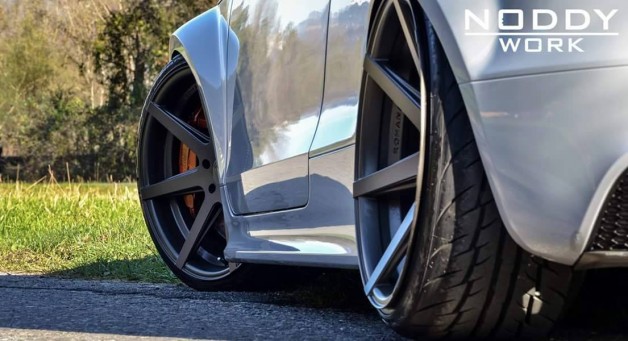 Powering the second-generation Audi TT RS is a 2.5-liter TFSI five-cylinder engine that produces 340 horsepower and 331 pound-feet of torque. The drivetrain is either linked to a six-speed manual or six-speed dual-clutch gearbox. Those who are interested in numbers, it can accelerate from zero to sixty in 4.5 seconds.

One Response to Widebody Audi TT-RS with Rohana RC7 wheels