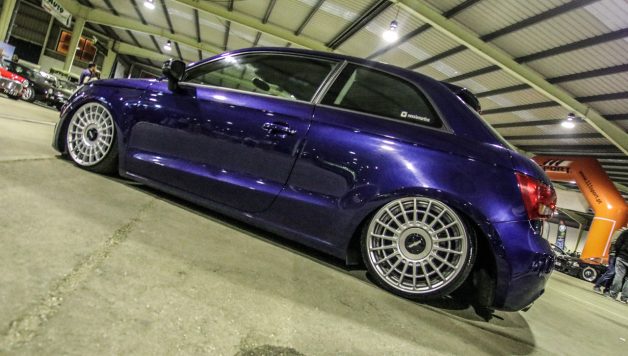 If we consider the etymology of the word “tuning”, it makes sense to relate it with “tune” (meaning the act of becoming harmonic), but in a conceptual way, it makes more sense to relate it with “turn” (to change, in order to become). This may sound rather petty on my account and it may somewhat disregard the poetry imbued within the art, but I do find cars reflect their owners’ personality and if one considers the aesthetics only, instead of the engineering, “turning” applies to the act of transforming something, while “tuning” is more focused on an artistic approach. Having this said, people have all types of different personalities, and not all of us are artists.

The majority of people are practical, only a niche can be regarded as purely idealist. There is a bit of deviant, misfit, rebel, egocentric, even narcissistic in all drivers who inevitably end up tuning their cars. Sure, we may think the vehicle ended up being “tuned” (becoming in tune) with their owner’s personality; however, the act itself is about transformation, and that doesn’t include just the basic parts, like the ones we find in giga-pneus.pt. Replacing original parts to alter the car’s appearance is modifying; removing the vehicle from its original shell, its cocoon, and unraveling its true aspect, in such a way it may reflect the owner’s true nature. The image we wish to convey to others is often more social rather than the result of a process of self-introspection. This is the part where, in my belief, resides the pursue of harmony, because engineering – the car from within – should be a well-oiled machine; purring, but ready to roar; powerful, yet smooth; and above all with flawless performance.

Tuning, in a way, has done more for the transformation of the automobile industry, socially and culturally, than becoming in harmony with the owners’ personalities or way of life (aka individually). It can be viewed as a cultural phenomenon that surely sprung out of the drive to drive, the love for mechanics and the will to create new lines and angles for the world to behold. We may safely say countless performance improvements were found during the numerous hours spent replacing components, but in the end looks matter: we are all susceptible to fall in love at first sight and for some reason, first impressions do count.