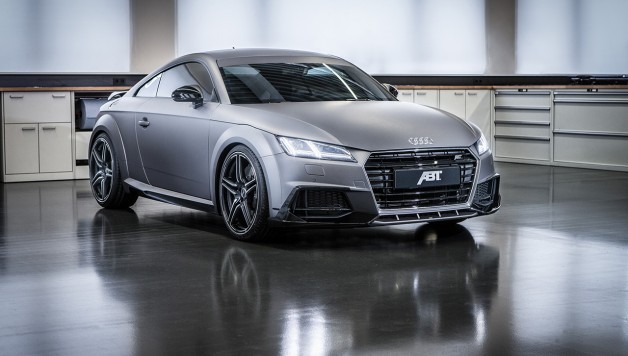 The new Abt Audi TT 8S

The matt wrap in “gunmetal” makes the new Audi TT come into its own. Combined with the body parts by ABT Sportsline the sport coupé from Ingolstadt becomes as assertive as it becomes a super sports car. “And this means there has to be power and performance,” says CEO Hans-Jürgen Abt: “With this exhibition model we show how much potential there is even in the 2.0 TFSI quattro, which we have upgraded to the level of the production TTS.“ 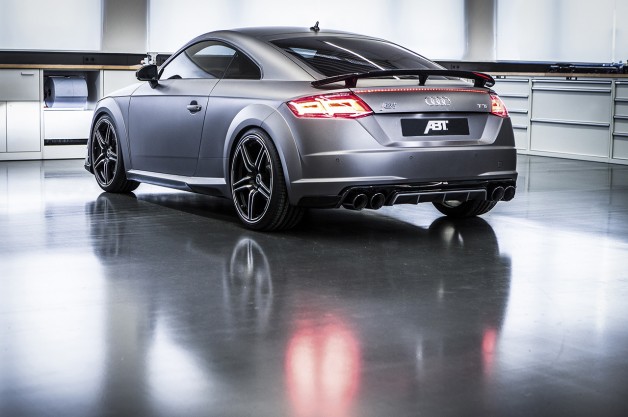 The four-cylinder turbo is uprated from 230 hp/169 kW to 310 hp/228 kW, with maximum torque at 440 Nm (serial version: 370 Nm). And thanks to the ABT sport brake system with 6-piston callipers (disc size: 370 x 35 mm) you can slow down very fast too. With its successful set-up the TT also proves that the shortest distance between two points may well be a straight line, but that real fun is found taking bends. ABT suspension springs and stabilisers see to it that the driver does not have to bother with balance and agility matters. The car is perfectly connected with the road by 20’’ alloy wheels in the new ABT FR design with Continental tyres in 255/30 R20. 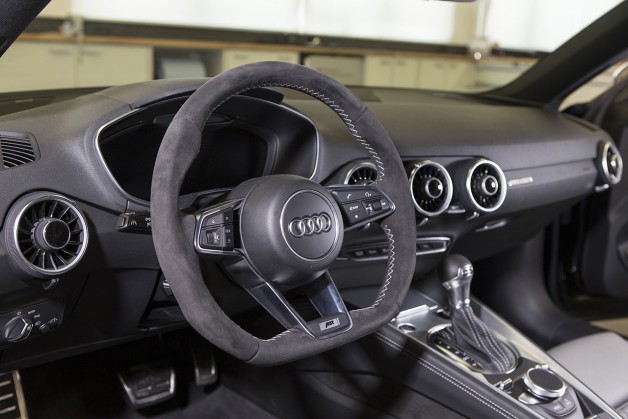 For the 3rd generation of the TT the globally largest tuner of cars produced by the Volkswagen Group also provides a body kit that makes the sports car look perfect from any perspective. ABT Sportsline makes the edgy face look even more assertive with a front skirt add on with an offset spoiler lip. Specially designed mirror caps with the ABT logo complete the car’s front. Whoever sees the ABT TT approach in his or her rear-view mirror will soon see its rear too. The fixed rear wing and rear skirt insert with its offset center make the car appear racier. This is also an effect of the ABT exhaust system with black tailpipes and lasered ABT logos – and not only visually but also acoustically. It’s only Rock ‘n’ Roll, but I like it! 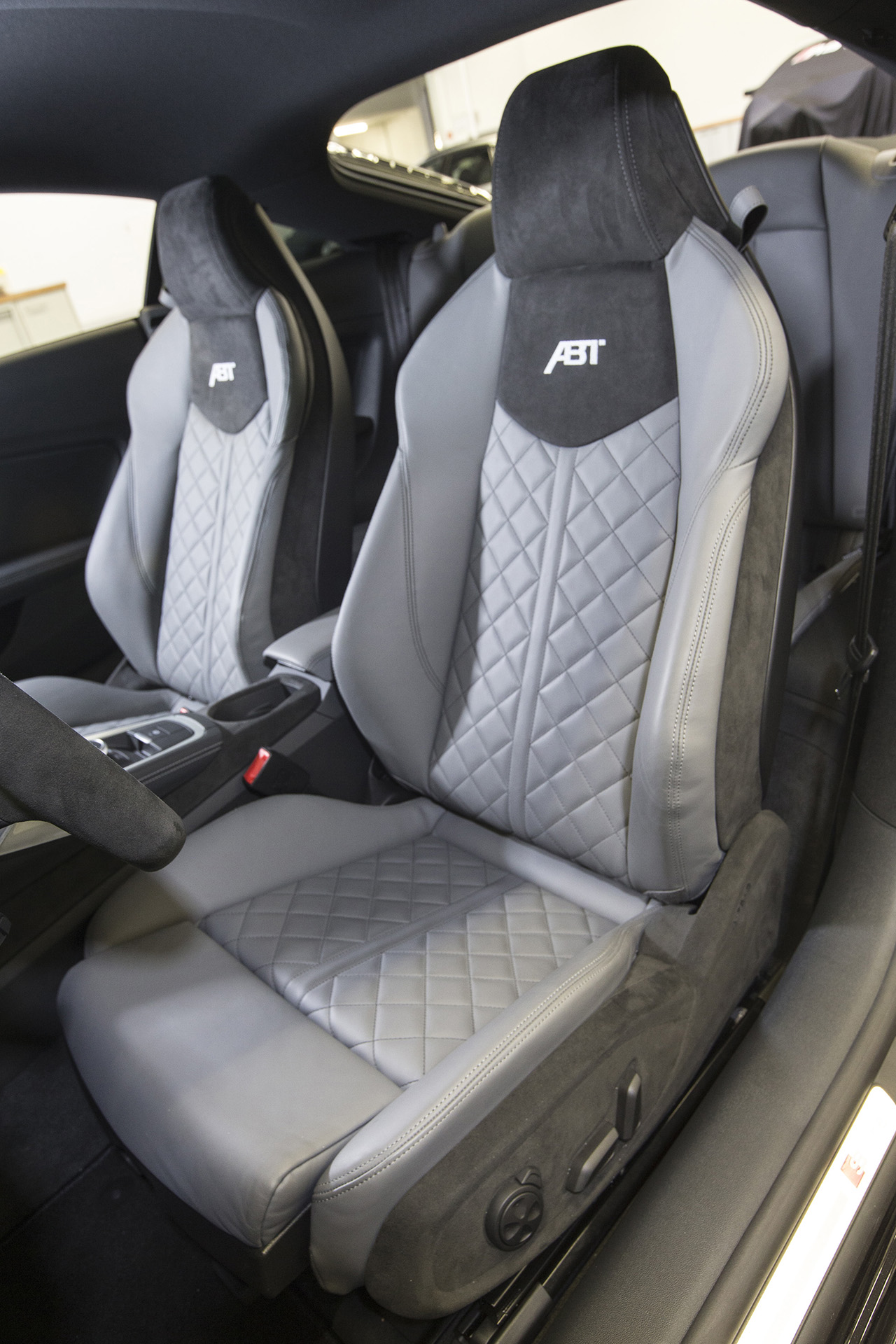