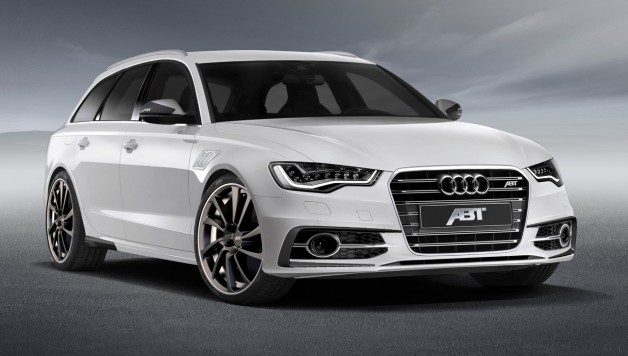 the new ABT AS6-R Avant

Elegant, luxurious and extremely sporty, that’s how the estate car looks like. The new ABT AS6-R Avant, based upon the Audi S6, is an all-rounder of the first water. It is a travel companion, racer and, if need be, a racer. The AS6-R has as many strong points as there are fields of application. Thanks to ABT POWER S, that is, an optimised motor management, and the ABT turbocharger, it is indeed most powerful and persevering. 600 hp/441 kW,
40 hp more than even the Audi RS6 has, will make it huge fun to drive on the “Nordschleife”, too. 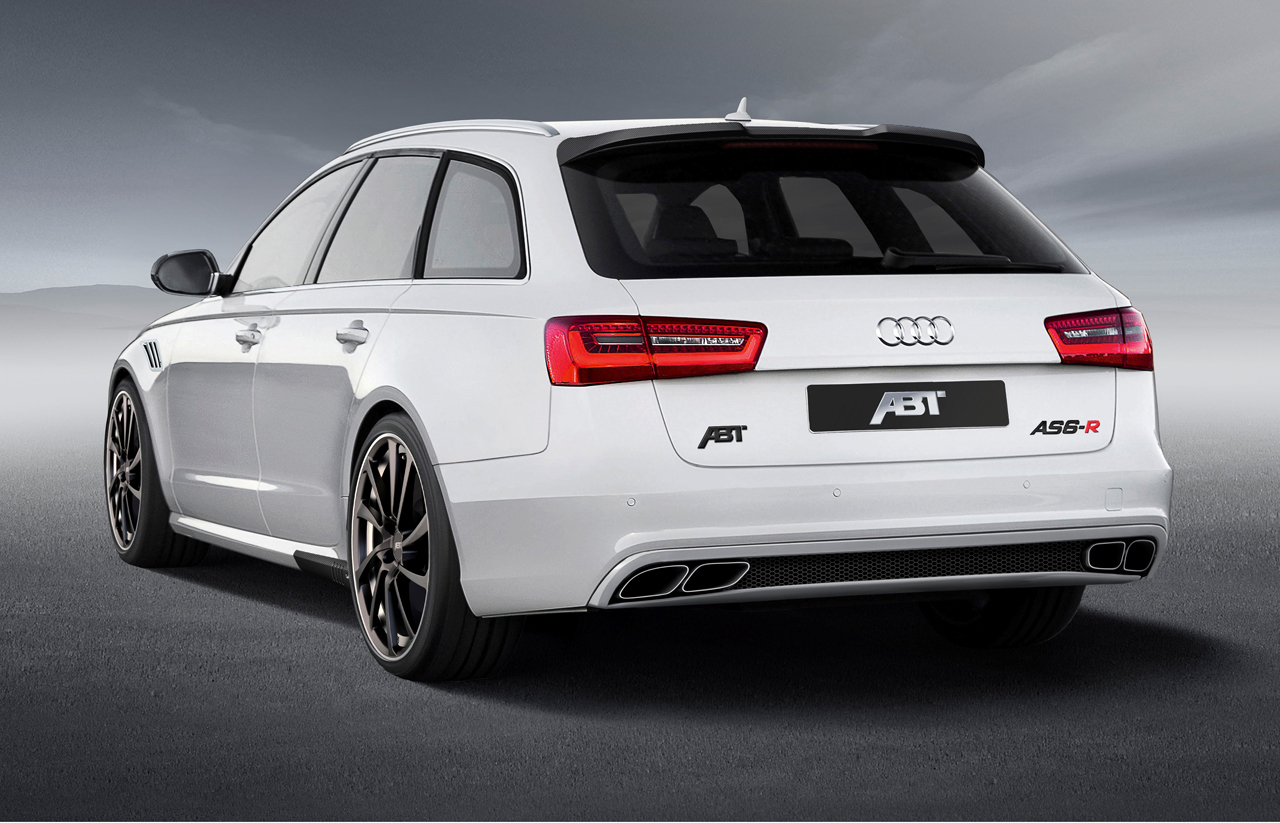 While the ABT Sportsline engineers certainly tuned the V8-Biturbo, they also left it utterly roadworthy. It will thus behave in a very civilised fashion. Still, you can see that the Bavarians are a very experienced motorsports company as well: The front skirt add-on, side skirt add-on and the rear spoiler form a very powerful and dynamic unit. The components are made of exposed carbon, which underlines the look and feel of the ABT AS6-R. The sport-type exhaust system lends the high-end estate a powerful sound.

ABT recommends its own high-performance wheels to go with this special car, the DR, for example, which in 9 x 21 inches fits the AS6-R perfectly. And the new sport wheel ER-X is an ideal, weight-optimised wheel for a “racing estate”. This masterpiece is available as a cast version, called ER-C, or forged edition, ER-F. It goes without saying that ABT also sells its wheels in combination with high-performance tires. After all, the car has 600 hp and wants to reach top speed…