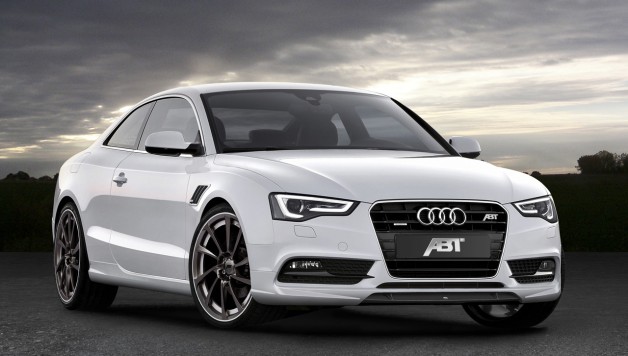 The new ABT AS5

The A5 is a fast coupe and a comfortable travel companion to begin with. But in its ABT Sportsline version this extravagant car is even more sporty. The latest edition of the ABT AS5 combines a precise and harmonious design with dynamic technology. “For us, it was important to combine this car’s extraordinary design with our ideas and thus to underscore the car’s character. Its increased performance and its body parts form a unit”, says Hans-Jürgen Abt. The traditional Bavarian company’s managing director is very excited about this automobile. “If you look at the AS5, you want to take in every inch of its marvellous silhouette, and if you sit in it, all you want is to get it on the road. This coupé is really a power pack.“

This sports car in its “tailor-made suit” is so much fun to drive because it has undergone a real ABT Sportsline treatment. The car is always assertive and second to none: ABT POWER turns the 3.0l diesel engine from its original 245 hp (180 kW) to a torquey 300 hp (221 kW). For the 2.0 TFSI, it is a dynamic 270 hp or 199 kW (original version: 211 hp/155 kW). Other engine variants are being developed and will be presented at a later stage. 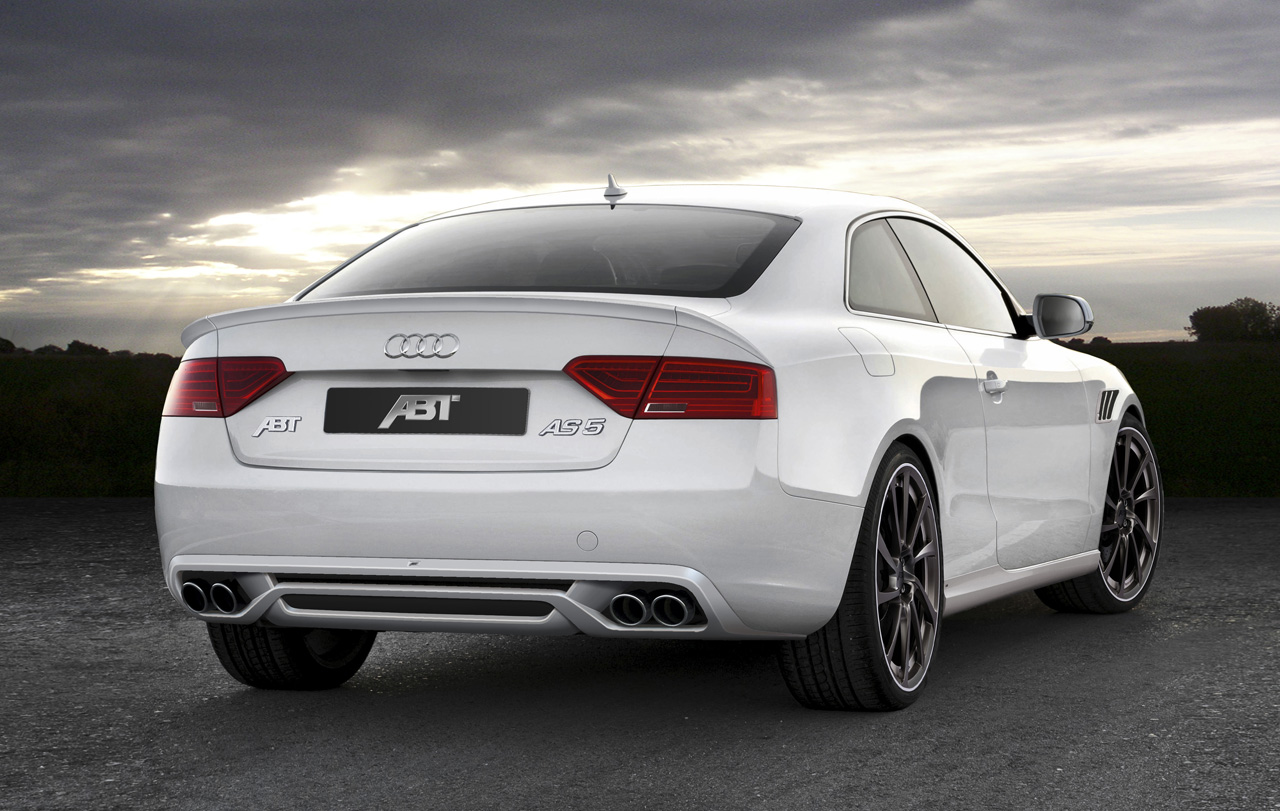 To be sure, this additional ABT POWER also has to be put on the road. So a lowered suspension has been geared to the AS5, which make for a very effective lowering of the car’s centre of gravity – in visual terms, too. This is part of the overall design concept. Front spoiler, side skirts, fender inserts, rear skirt insert, rear spoiler and the typical four-pipe exhaust system make the chic ABT appear unobtrusively assertive from wherever you look at it. As an ideal complementary feature, ABT recommends the CR Silverlight or DR alloy wheels. Depending upon your taste, they will underscore either the new ABT AS5’s sportiness or its elegance. And in visual terms they are fully in line with the sport braking system, which is available with discs of 345 or 380mm in diameter.

The new ABT AS5 has been developed by the globally largest tuner of cars produced by the Volkswagen Group, with its designers and engineers making no compromises. After all, what driver of this unique coupe would want to make compromises? “They want a maximum of automotive sophistication, dynamism, roadworthiness, design and assertiveness”, Hans-Jürgen Abt says. So the new AS5 is a benchmark five times over!