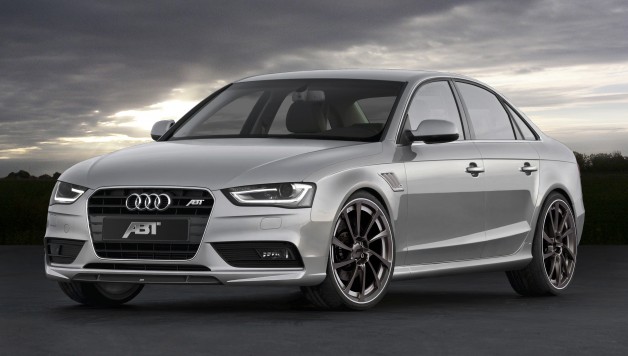 The new ABT AS4

Congratulations! With the launch of its very latest version, the Audi A4 turns 40! This means a full four decades of success, first for the Audi 80, then for the A4 – and ABT has been part of this success from the very beginning. “The A4 is an important car for us, too. It always re-defines the premium standard for medium-sized cars,” says Hans-Jürgen Abt. The renowned Bavarian tuning company’s CEO is proud to be able to present the new ABT AS4 on the occasion of the series model’s fortieth anniversary: “Our AS4 is definitely state-of-the-art. It combines sportiness and assertiveness,” Hans-Jürgen Abt explains. The AS4 is a most dependable car in every situation. But it also means sheer pleasure!

In terms of better performance, ABT Sportsline always provides balanced packages that are fully geared to the respective car and the requirements of the owner. An ABT is always a dynamic vehicle, and for its whole life at that! And what the engineers came up with for the new AS4 has been mercilessly endurance-tested, of course. The figures read as follows. ABT POWER lends the top model 435 hp (320 kW), up from the original V6 petrol engine’s 333 hp (245 kW): this fast ABT only needs 4.8 seconds to go to 100 km/h from a standstill and is very torquey indeed, with a top speed of 282 km/h. And the 3.0 TDI is a real fierce car: In its ABT POWER version, the turbo diesel engine shows 282 hp or 207 kW (serial version: 245 hp/180 kW). Its torque is 560 Nm, up from 500 and certainly enough for every situation. And the “little” four-cylinder version, the 2.0 TFSI, has also undergone an ABT POWER treatment. Up from 211 hp (155 kW), the petrol engine now shows 275 hp (202 kW). Whatever engine you may want to buy, you will always get a lot of added sportiness and agility. 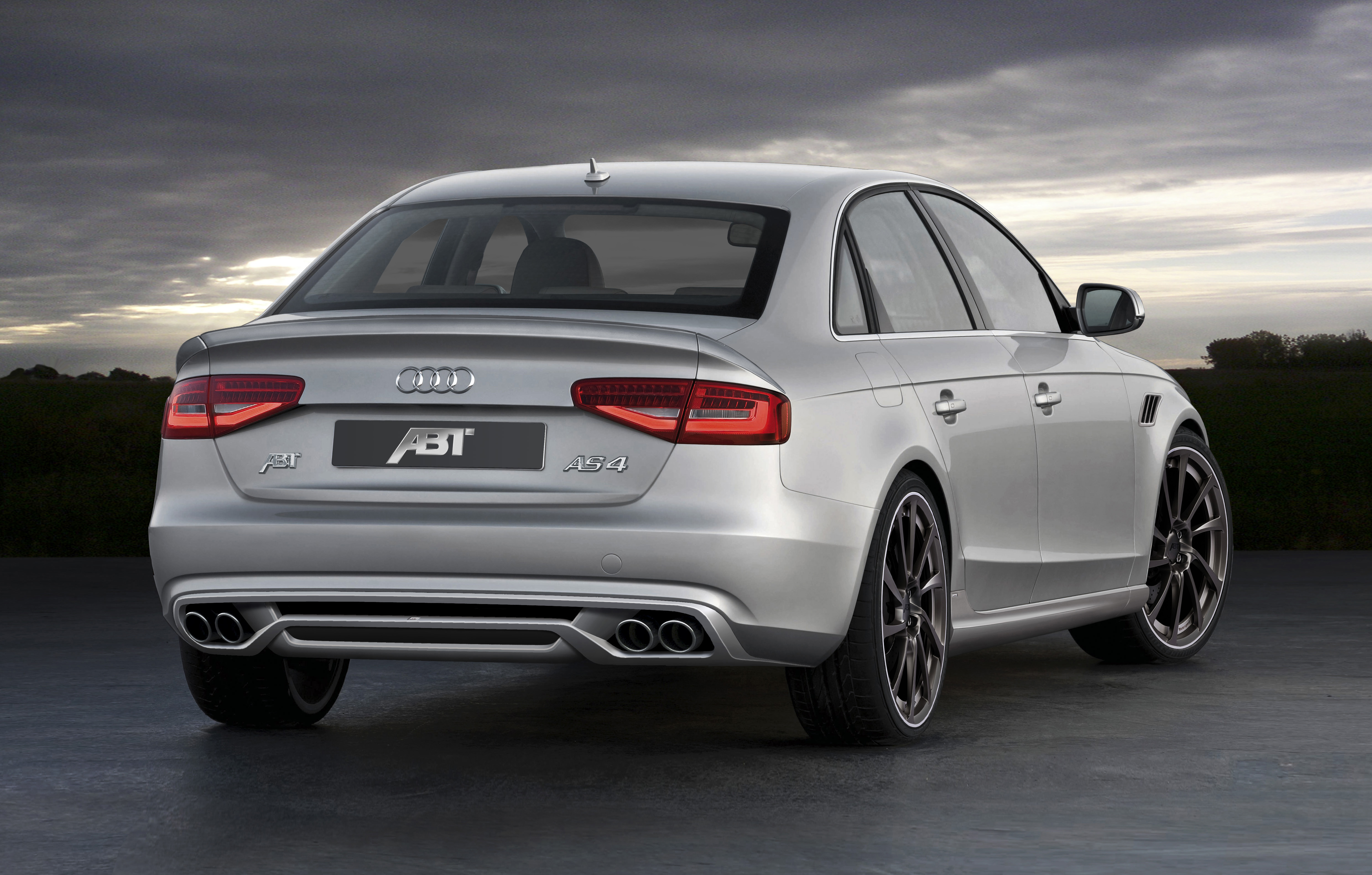 And of course you will always be able to tell a true ABT from a less powerful car. That was so 40 years ago and it also applies to the new AS4. ABT has developed body parts that underscore the car’s character and make it self-confident and dynamic but without seeming arrogant, as it were. The front air dam is fully in line with the striking lights of the AS4, almost pressing the car down onto the road. This sporty approach is continued by the ABT Sportsline designers in the side sills and wing inserts. Aerofoils, rear apron inserts and the two two-pipe exhaust systems round off this very, very sporty – and stylish – car’s design. And last but not least, there are the ABT alloy wheels: Be it CR Silverlight or DR – they are all perfect for the new ABT AS4. Needless to say, they are also available in combination with high-speed tyres. After all, the AS4’s success story is to be continued – on blacktop!

The new ABT AS4 – data and facts

ABT EXHAUST TECHNOLOGY
ABT axle back exhaust