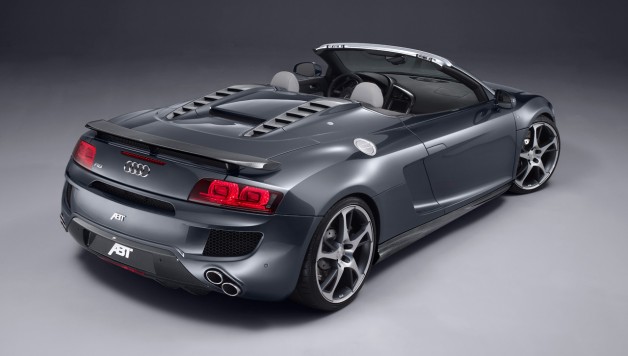 the convertible highlights of ABT

Can it be even sportier and more tantalising? ABT Sportsline transforms the open-top creations of the VW group into real outdoor sports cars. Convertibles from ABT are “sensibly irrational”. “Our definition of the automobile summer is unmistakable design, dynamism and absolute compatibility with everyday life”, states Christian Abt. 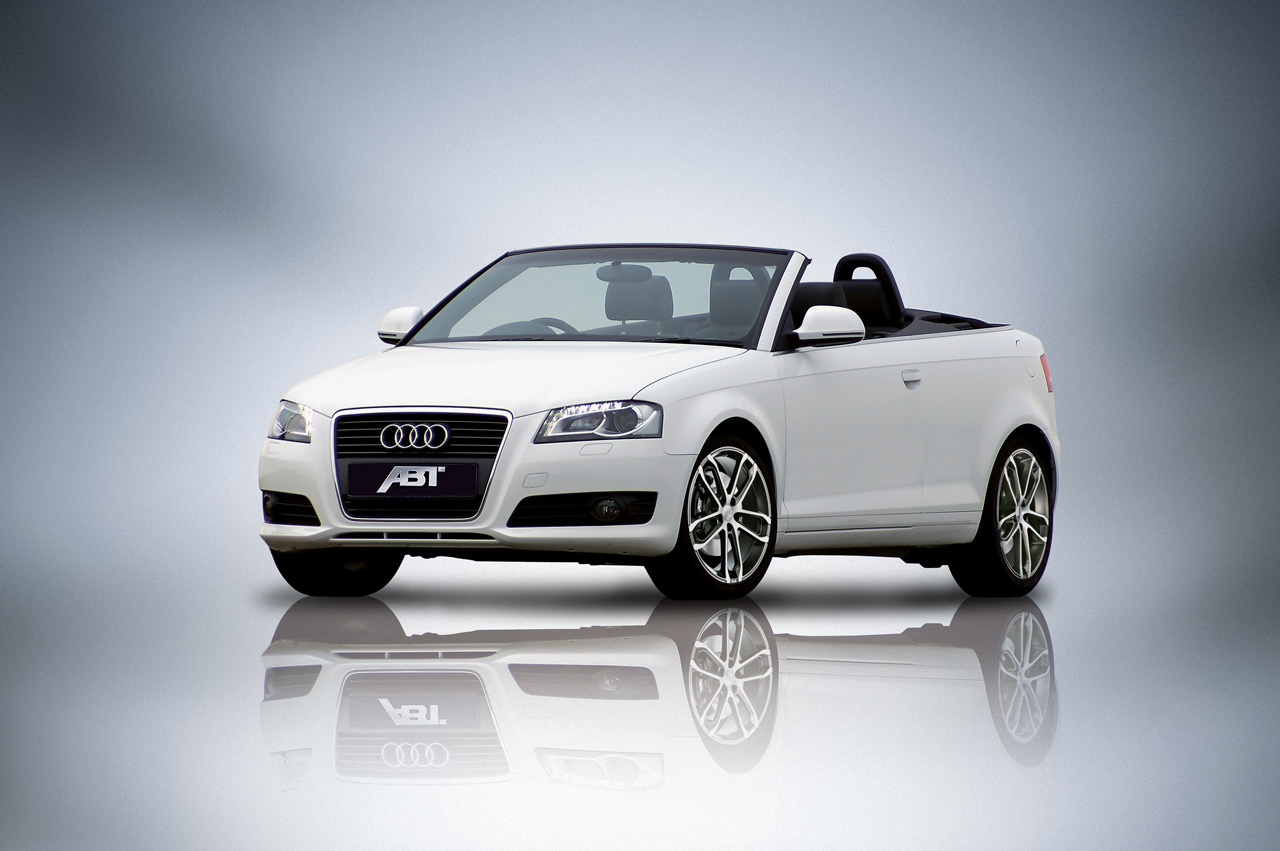 The seasoned racing driver is responsible for developments up to “road-ready” status at the company. His experience and competency can, with the ABT R8 Spyder for example, be felt in every mile: the V10 brings 600 well-trained horsepower (441 kW) onto the road – compared to the series version with 525 HP (386 kW). The open-top R8 is a perfectly tuned sporting vehicle, with which the term outdoor enjoyment can be “re-experienced”. The design elements have been conceived for optimum weight distribution and reduction, so that the Roadster sprints to 100 km/h in just 3.8 seconds and reaches a top speed of 320 km/h. 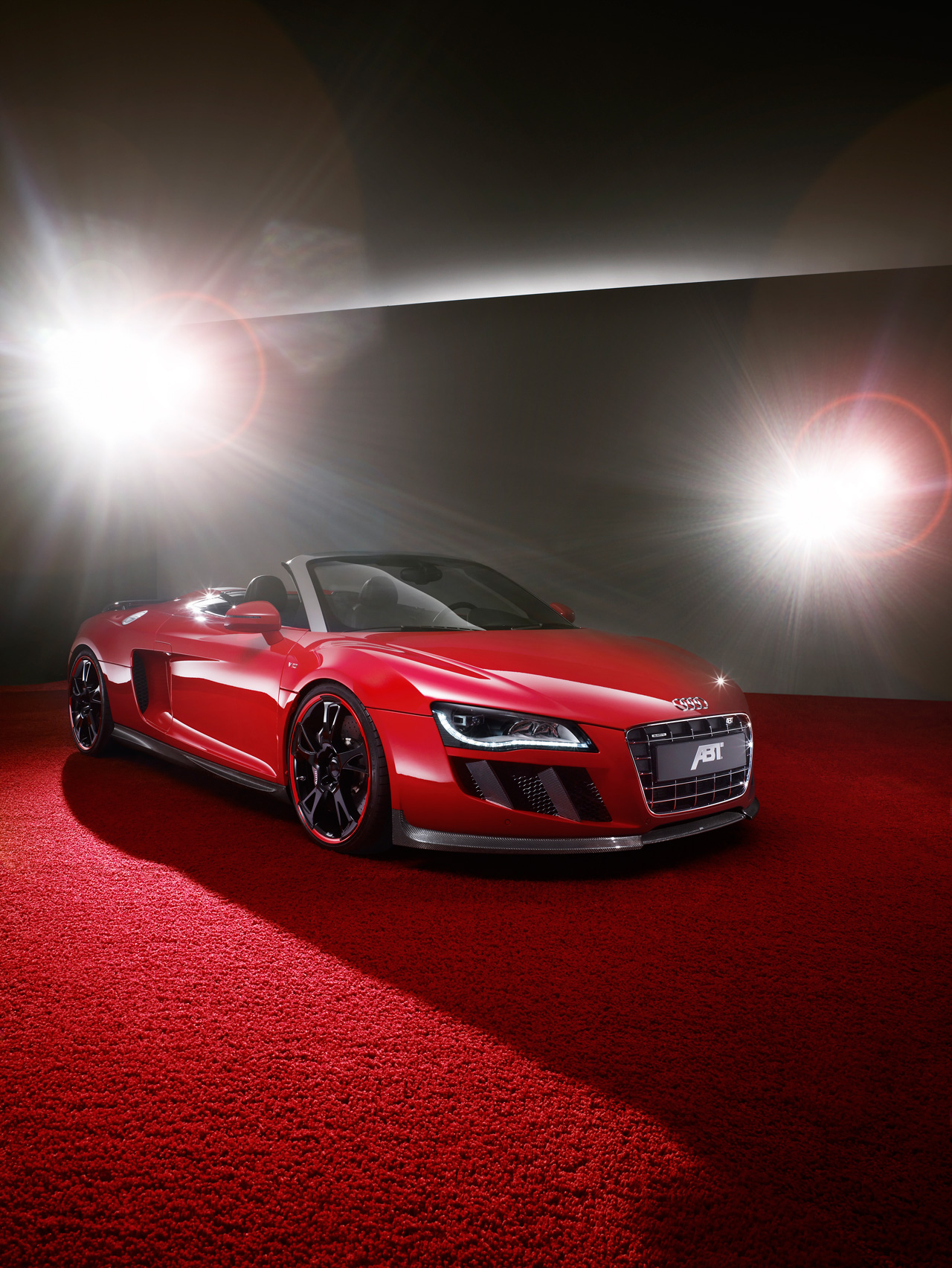 Open-tops can be this good: with the ABT convertibles, based on the Audi A5, the Bavarian company has managed to create a masterpiece. The front grille, side sills, fender inserts and other bodywork parts provide the elegant design with an individual accent of sportiness and power. Correspondingly the performance improvements which ABT Sportsline has developed for the different engines of the A5 also perfectly suit the appearance of the convertible. Be it a 1.8 TFSI or 3.0 TDI – the extra ABT POWER of the ABT AS5 can be felt at all times. The top model is the open-top ABT S5, whose 3.0 TFSI now provides a full 435 HP (320 kW) instead of the series-standard 333 HP (245 kW). 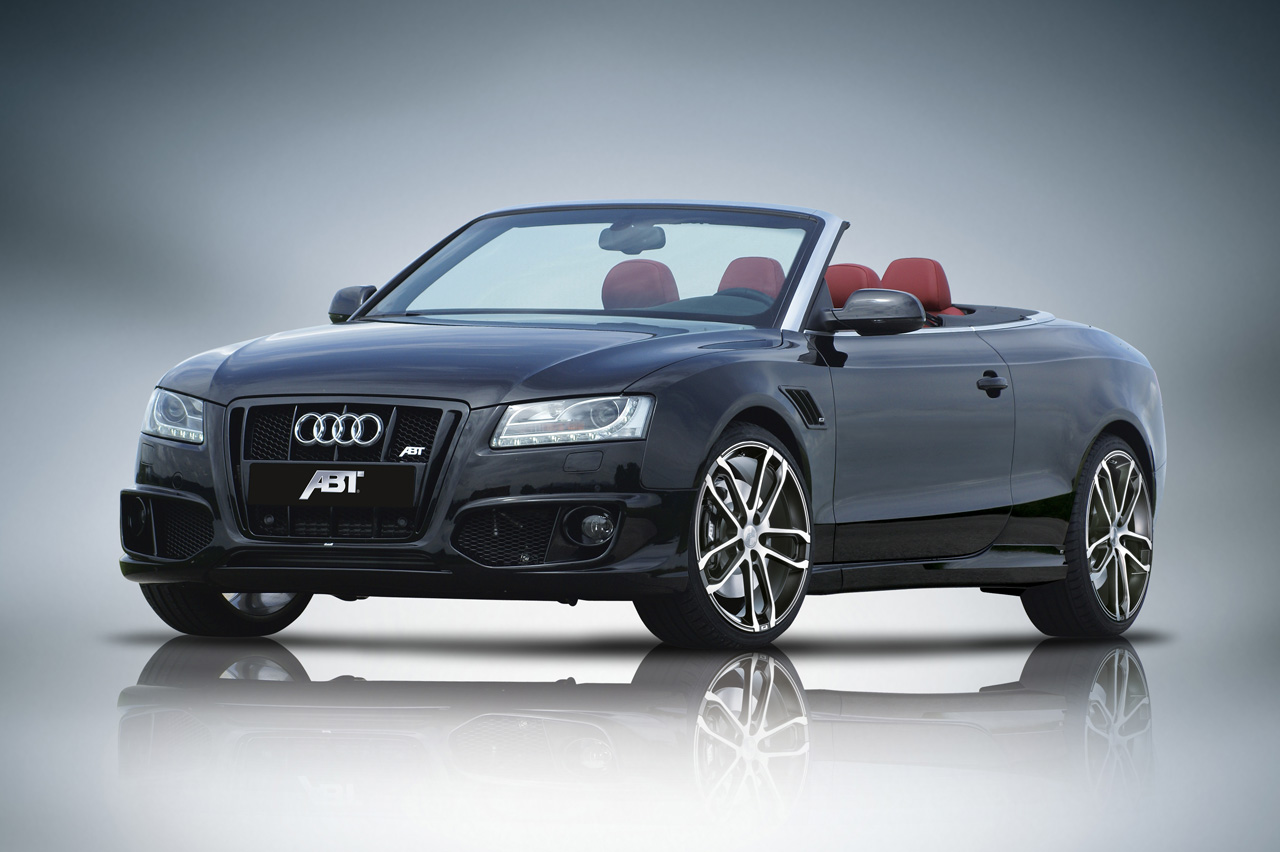 Anyone looking for a premium vehicle amongst the compact cabrios buys the open-top A3. And those who want the car to be more dynamic and extravagant choose the ABT AS3. The designers from Bavaria have once again created a perfect tailor-made bodykit for this car. The rear apron, rear wing, the typical ABT 4-pipe rear muffler or the front spoiler insert make the cabrio more extroverted and give it a more confident sporty appearance from all sides. The performance improvements offered by ABT for the diverse machines fit their appearance: with both the petrol (1.4 TFSI, 1.8 TFSI und 2.0 TFSI) versions as well as the two diesel engines with two litre cubic capacity the engineers have designed an adequate amount of extra power. More HP, more torque and more driving agility – just like the R8 Spyder, AS 5 convertible or S5 convertible the open-top AS3 is also a “real ABT”. For these special vehicles ABT also, of course, offers a range of fitting alloys: the new, ultra-light CR or the BR with its “optimum thrust” harmonise with the outdoor sports cars. It goes without saying that ABT also offers the designer wheels in combination with fitting 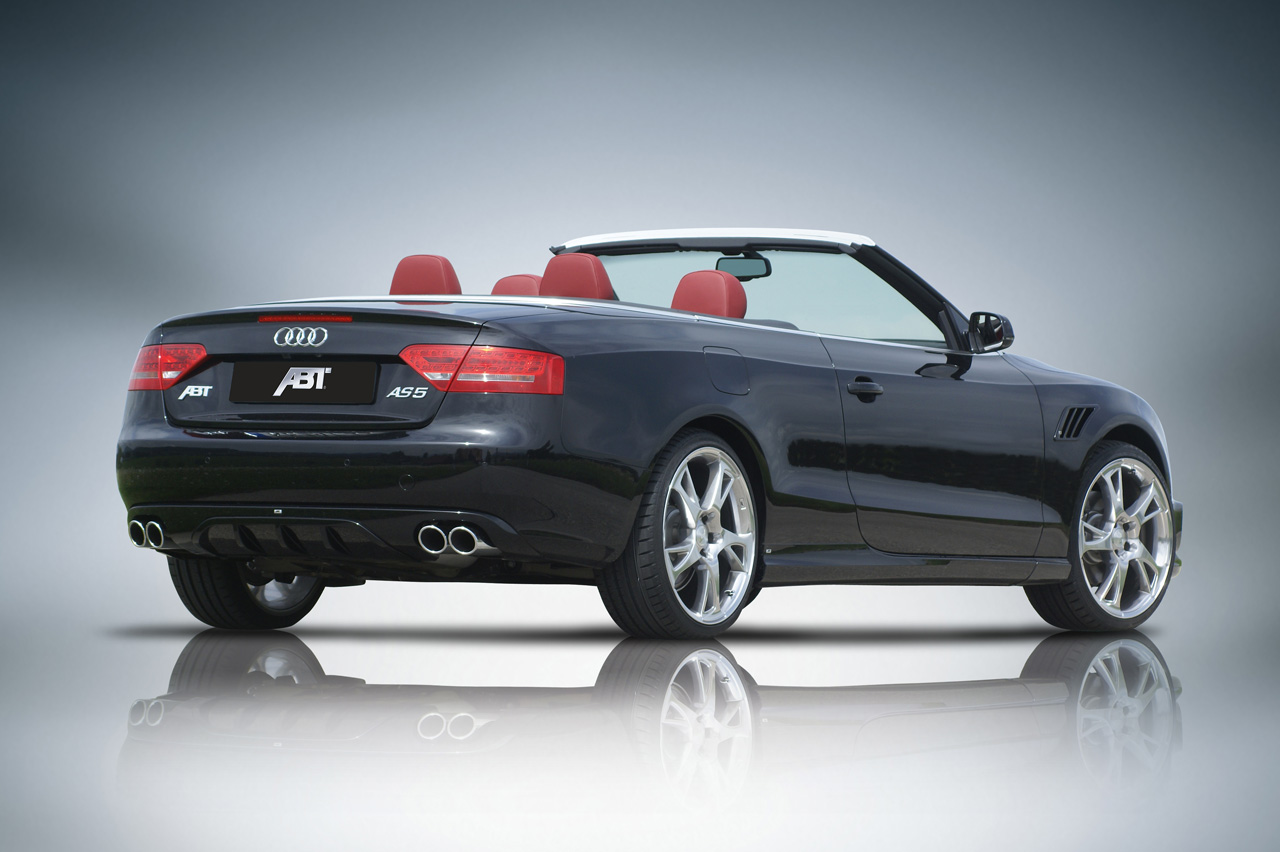