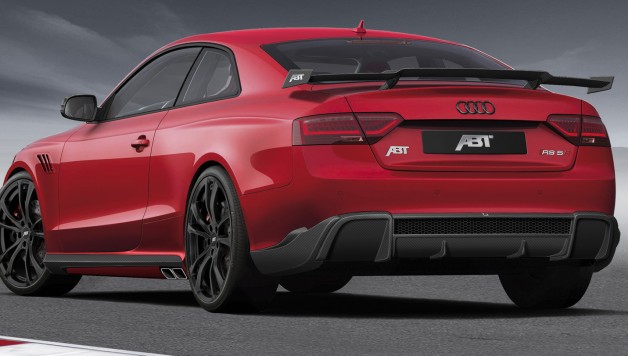 Well, you are fully allowed to be a wee bit self-confident out there on the road. Especially if you are driving an ABT RS5-R, with all the ABT Sportsline experience behind it. “The RS5-R combines the results of all our motorsports and roadworthiness competences and skills. This car reflects all our know-how, down to the last detail”, says Hans-Jürgen Abt, the CEO of ABT Sportsline. And the result is indeed quite something: The exhaust system with its side pipes in front of the rear wheels lends the 470 hp (346 kW) eight-cylinder engine the right sound. The racer reaches 100 km/h in only 4.3 seconds and its top speed is limited… at 303 km/h.

The body parts are made of carbon fiber, which reduces the tuned car’s weight by a huge margin. The “slim” ABT RS5-R has an athletic body, just as you would need it on a race track. The aggressive front skirt with its “side flics”, the front splitter, side skirts or rear wing are also made of light CFRP. The same applies to the bonnet with its impressive air outlets. The rear skirt set and the also weight-optimised super sport wheels round off the car’s look. The wheels incidentally are also characterised by a perfect design and sportiness: The new light and elegant forged ER-F in befitting 9.5 x 20 inches with Dunlop SP Sport Maxx GT in 275/30 R20 is used here to provide the perfect grip on the black top. 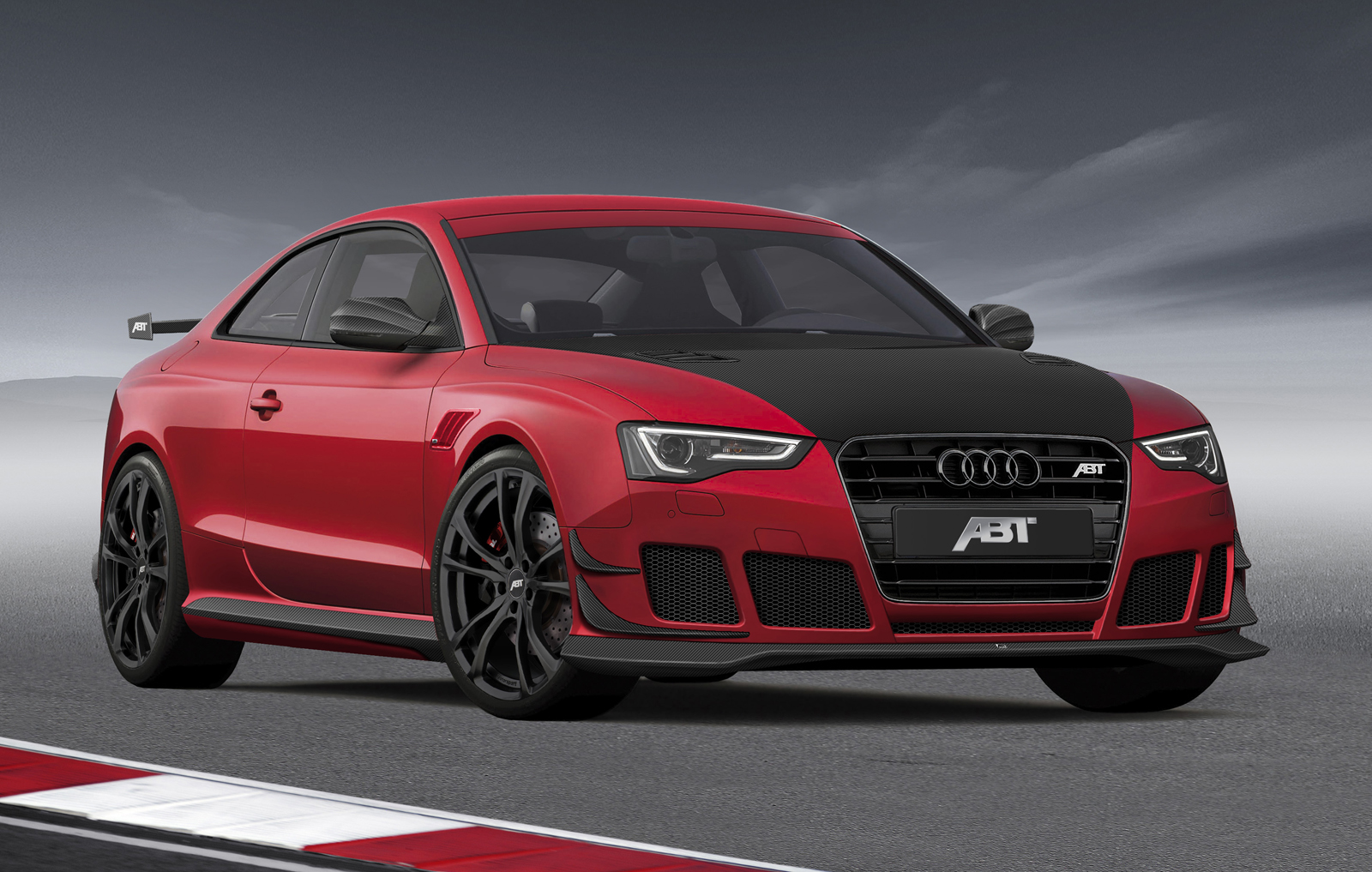 The “racing DNA” of the ABT RS5-R is also reflected in its expressive black-red Alcantara interior. Racing stripes on the sport-type bucket seats, carbon fiber door panels, 4-point safety belts and a high-grade steel rollover cage form the driver’s “work station”. The sport-type steering wheel with LED shift indicator light is made of carbon fiber and Alcantara and simply feels good. The ABT RS5-R is not only a car, but also a machine you want to take to its limits. This car is a touring car for the road developed by the engineers of the quintuple DTM (German Touring Masters) champion from Bavaria.

The ABT RS5-R – data and facts

ABT TECHNOLOGY
ABT sports exhaust system (stainless steel) with sidepipes