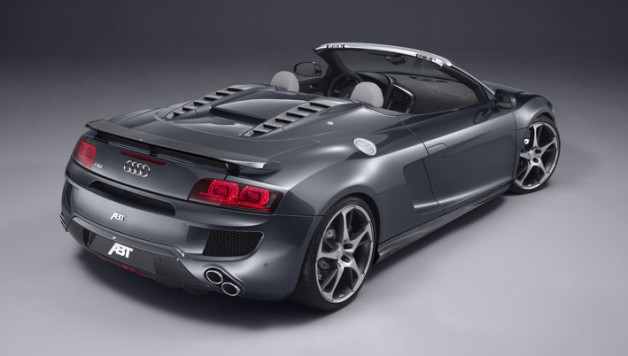 The ABT R8 Spyder – Open tops can be this good

The R8 Spyder is not just a cabrio, it is a teasingly beautiful open-top sports car of the top class, a real dream car – in particular ABT Sportsline’s version. Their designers have contoured the lines of the open-top model athlete, and using the ABT R8 Spyder has redefined the word “roadster” with Bavarian thoroughness: the result is a vehicle whose power can be seen even when it is at a standstill. 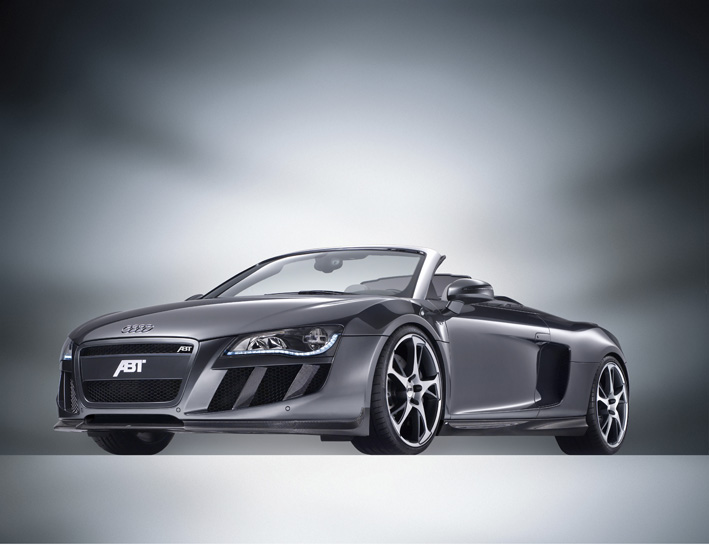 The front grill, front apron, side sills and rear apron with the rear spoiler as well as the dual-colour coated ABT BR alloys have been adjusted to the dynamic design of the car. As with the closed R8 versions from ABT, the team has designed all the components in order to achieve the sports car’s optimum distribution of weight; all the parts are therefore made from carbon. As a result the performance can be converted into a maximum of driving enjoyment. Anyone who wants to systematically reduce the weight of their Spyder should use the new ABT CR Superlight alloys, as they also excellently suit the character of the ABT R8. 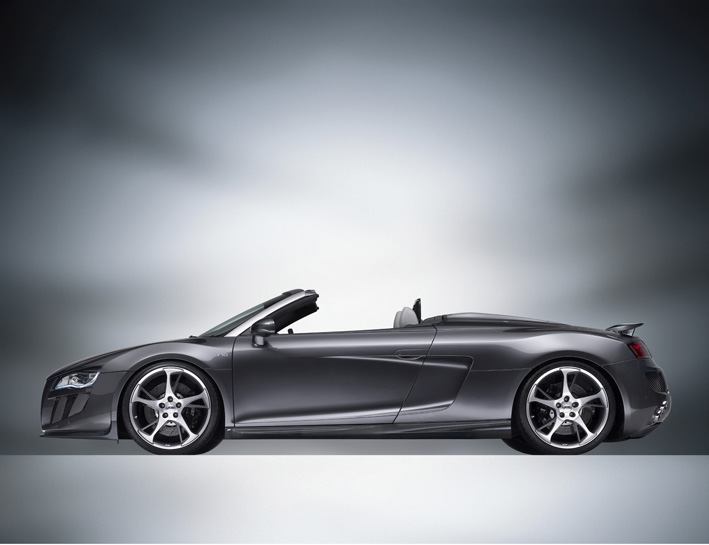 The V10 with 5.2 litre cubic capacity is used in the ABT R8 Spyder: this provides 600 well-trained horses (441 kW) – while in the series version there are 525HP (386 kW). The Spyder is able to sprint from 0 to 100km/h in just 3.8 seconds and achieves a top speed of 320 km/h. The roadster is therefore a hurricane for the road, giving lovers of fresh-air a new “tangible” term. Suspension springs from ABT provide even better handling, which in particular has a positive effect in the threshold regions of the Spyder. 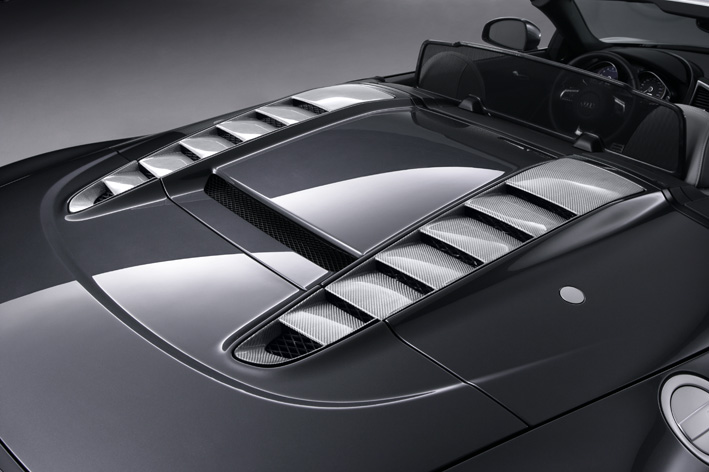 In addition the lower centre of gravity gives the mid-engine sports car an even more aggressive appearance. When you take a look at the car you can see that it is one of the fastest of the fast – and is really ready for anything, as you would expect from an ABT R8.