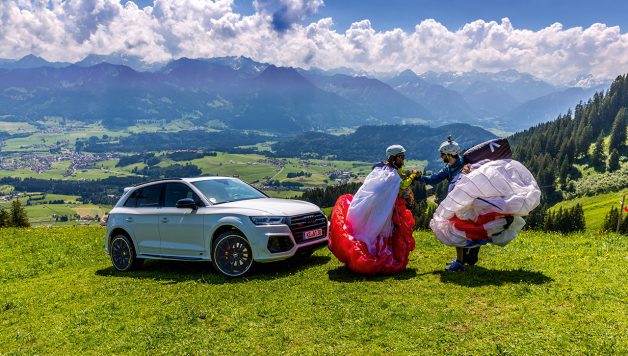 Even if it might seem quite obvious for the ABT Audi SQ5: The category designation “sport utility vehicle” has nothing to do with the engine power of 425 HP (313 kW) or with the wide-body aerodynamics package, which ensures a particularly sporty appearance. The SUV name is rather an American term where it is used to designate vehicles for leisure and sports. As this also included hunting and fishing, a certain level of off-road capability was also assumed. Admittedly, the typical hunting grounds of modern SUVs are more likely to be large cities, major roads and expressways – but they have not gone all soft, either. 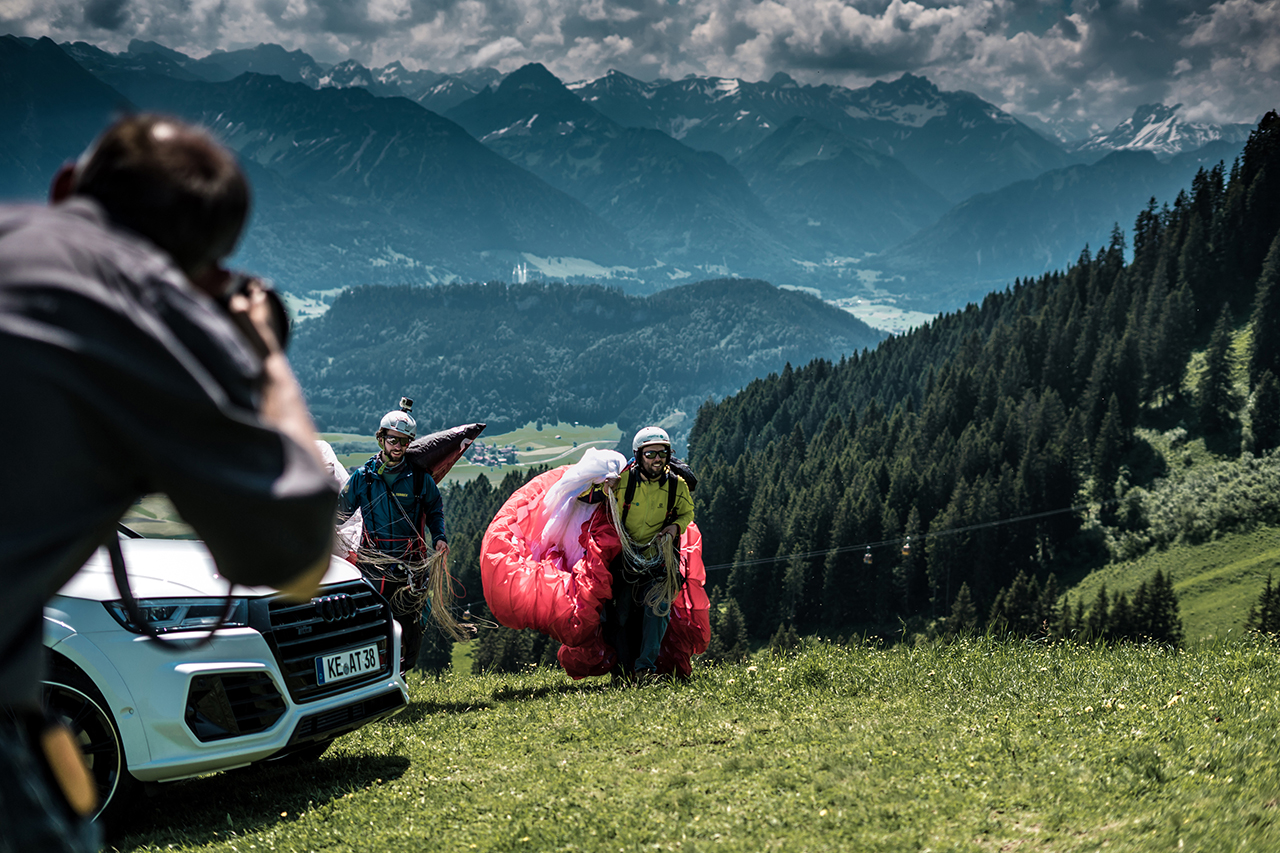 ABT Sportsline has provided proof of this. The Bavarian company drove its tuned SQ5 with ABT height adjustable suspension springs (35 to 60 mm lowering) and 22″ wheels of type GR to the top station of the Hörnerbahn cable car. The 4×4 had to climb up to an altitude of 1,500 meters on quite challenging terrain – not only because the SQ5 can just do this, but also for a photo shoot of the “uptrend” lifestyle magazine, which is regularly published by ABT Sportsline. The topic of the story: experiencing the dream of flying with a paraglider. 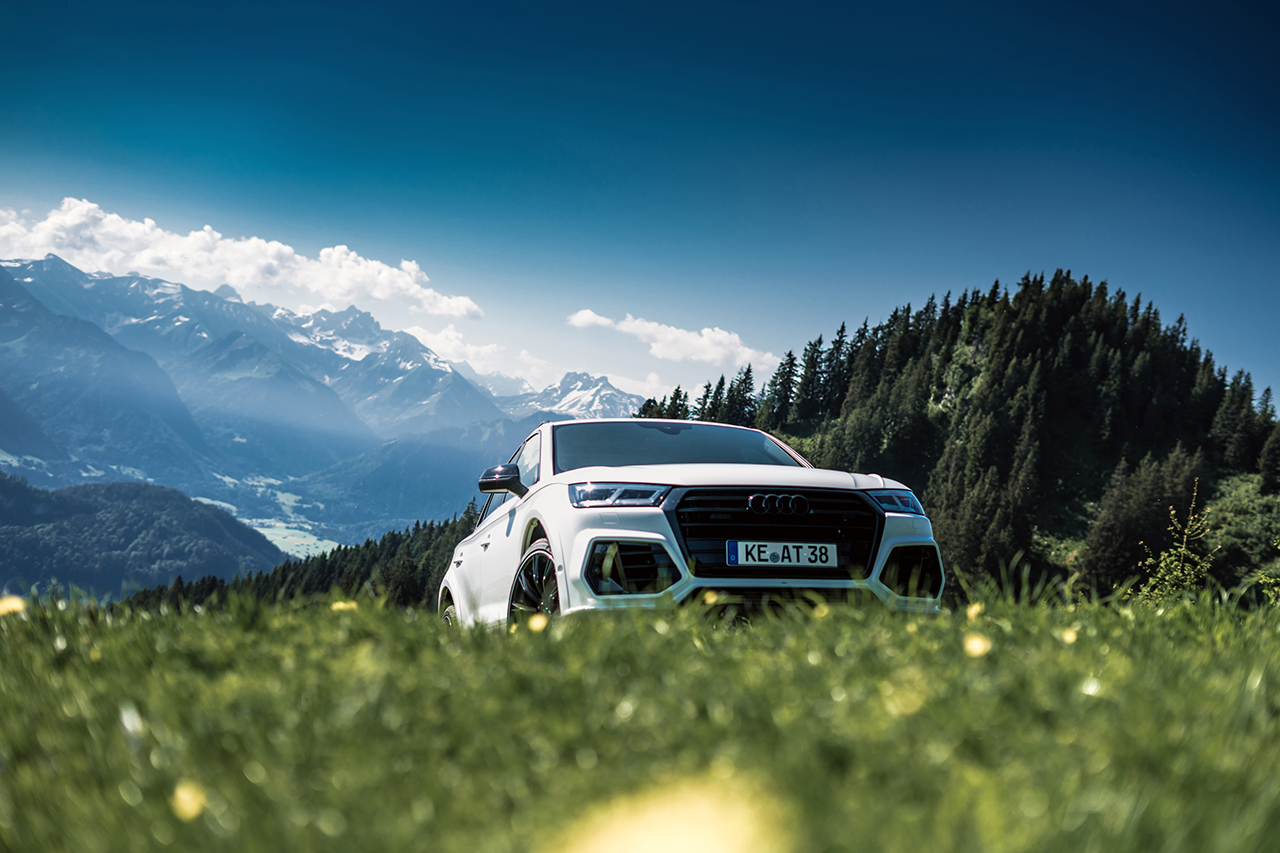 The impressive SUV turned out to be a true all-round talent – it bravely clambered up to the top while also easily offering enough space for four people as well as for the paragliding and photography equipment. In theory, the ABT Audi SQ5, whose power is increased from 354 HP (260 kW) to 425 HP (313 kW) by the additional ABT Engine Control unit, can master the sprint from 0 to 100 km/h in 5.2 seconds. On the Alpine terrain and steep roads, that is of course unthinkable – this was a journey to be made carefully. Instead, the 10 percent torque increase of the ABT Power stage had a positive effect. The associated curve has a mountain-like contour, with the peak at 550 Nm. 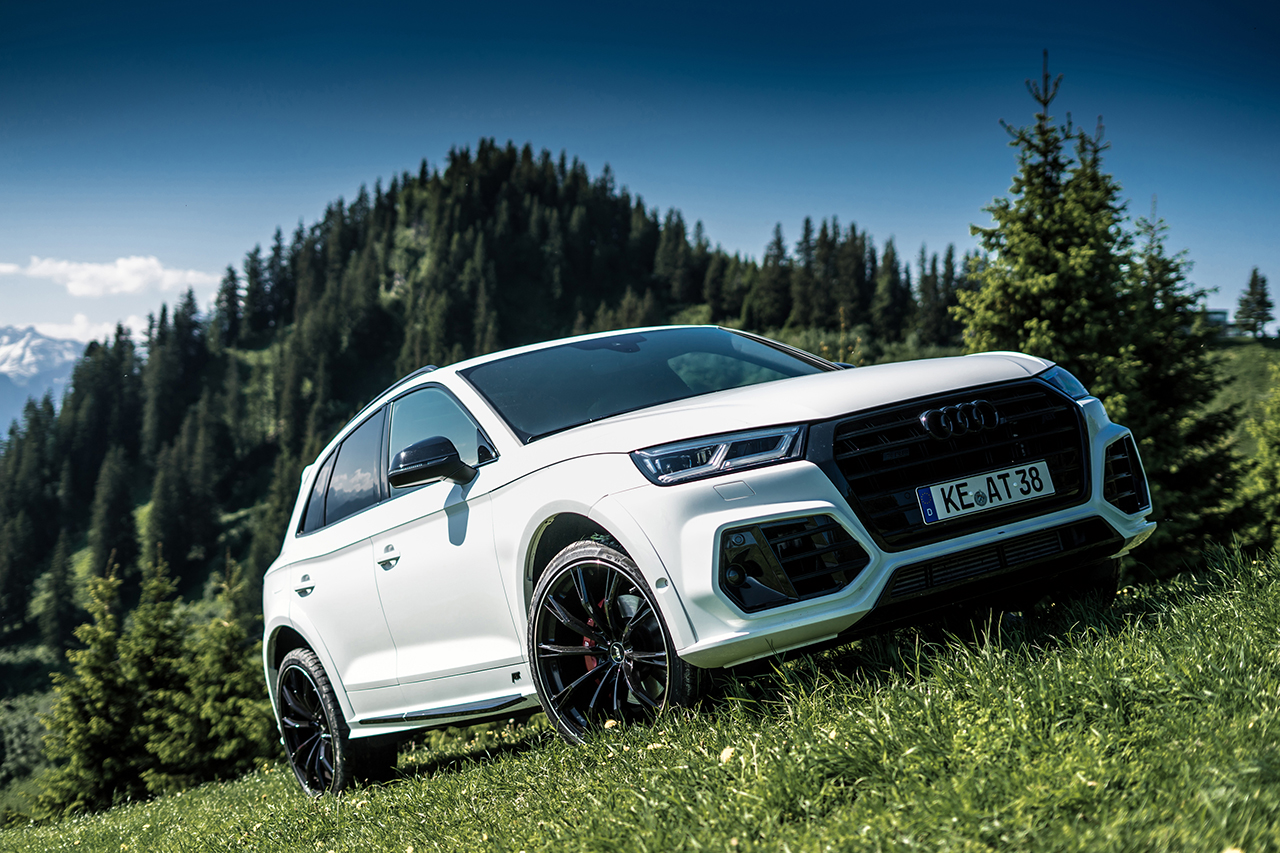 At the destination, the paragliders were unpacked and set soaring. From high above, the views not only revealed the beautiful scenery, but also a rather unusual birds’ eye perspective of the ABT Audi SQ5. The ABT aero package wide body, which is also available in a slim version, includes a sporty-elegant front skirt, dynamic door strip attachment and impressive rear skirt set including an ABT rear muffler with 102 mm carbon tailpipes. “In contrast to the production version with just two chrome brackets, this finally makes the exhaust visible again,” explains CEO Hans-Jürgen Abt. Owners of an SQ5 can literally “top up” with a particularly attractive ABT rear wing. When it comes to tires, customers are spoiled for choice.

In addition to the GR from the vehicle in the pictures in glossy black with diamond-machined rim flange (20/21/22 inch), the following models are available: GR matt black with diamond-machined surface (20/21/22 inch) DR in Gun-metal (21 inch) or mystic black (20/21/22 inch) as well as ER-C (20 inch) in matt black and FR (21/22 inch) in mystic black. However, some sizes are reserved for the wide body kit. And the trip to the Hörnerbahn proved that, with the right tires, these wheelhouse beauties are definitely up for the occasional off-road excursion.