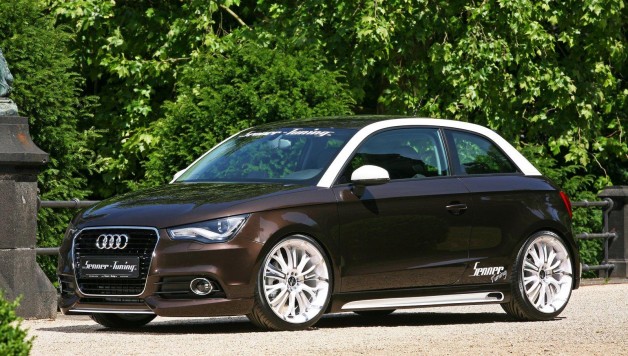 Superchips tunes the Audi A1

The Audi A1 has won plaudits for its build quality, style and frugality. And now thanks to the performance electronic experts at Superchips, owners of the 122 PS Audi A1 1.4 TFSI Sport can enjoy the performance to match with the launch of a performance boosting ECU remap.

Thoroughly tested in both real world driving conditions and on Superchips’ own in-house chassis dynomometer, the Audi A1 1.4 TFSI Sport ECU remap produces impressive gains. Power is boosted by a maximum of 26 bhp at 6168 rpm, with increases from as low as 2000 rpm right throughout the operating range, up to the rev limiter at 6500 rpm.
The Audi A1’s torque jumps by 28 Nm at just 1917 rpm, accompanied by a increase from 1500 – 6500 rpm, highlighting the flexibility of the conversion, making it ideal for everyday use whether around town or on the open road.
In practice the Superchips upgraded Audi A1 1.4 TFSI Sport feels considerably more rapid. Independent testing has shown that the Superchips upgrade shaves a massive 1.1 seconds from the Audi A1’s quoted 8.9 seconds 0-60 mph time, clocking the sprint in just 7.8 seconds*.

This extra performance doesn’t compromise the A1’s widely praised fuel economy. Testing has proved that the Superchipped Audi sips fuel with an average consumption of 45 mpg being recorded. Indeed, if aSuperchips remapped Audi A1 1.4 TFSI Sport is driven in a ‘like for like’ manner, fuel consumption will not be adversely affected.

Requiring installation by trained technicians at one of approximately 80 Superchips performance centres, the Superchips’ conversion for the Audi A1 1.4 TFSI Sport is covered by a full Customer Service Guarantee and an industry-leading 12 month / 30,000 supplementary full vehicle warranty.**

Suitable for both six speed manual and seven speed semi-automatic S-Tronic variants of the 120 bhp (122 PS) Audi A1 1.4 TFSI produced from May 2011 onwards, the Superchips’ ECU remap is available now directly from Superchips and its UK dealer network, priced at £455.00, including VAT @ 20%.