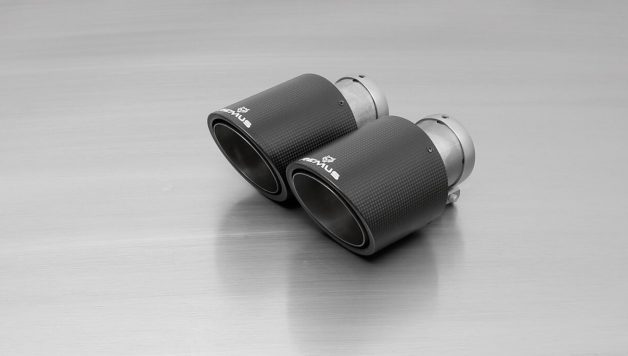 Audi’s S1 had a somewhat daunting task when it was launched: it had to go toe-to-toe with the likes of the mighty Mini Cooper S, the Renault Clio Renaultsport and the Fiesta ST, and it had to do it all while wearing the same badge as the flame-spitting S1 Quattro that powered Audi to so much WRC success in the early ’80s! Fortunately the S1 has proved itself to be a mighty car and one more than fit to wear the iconic badge. 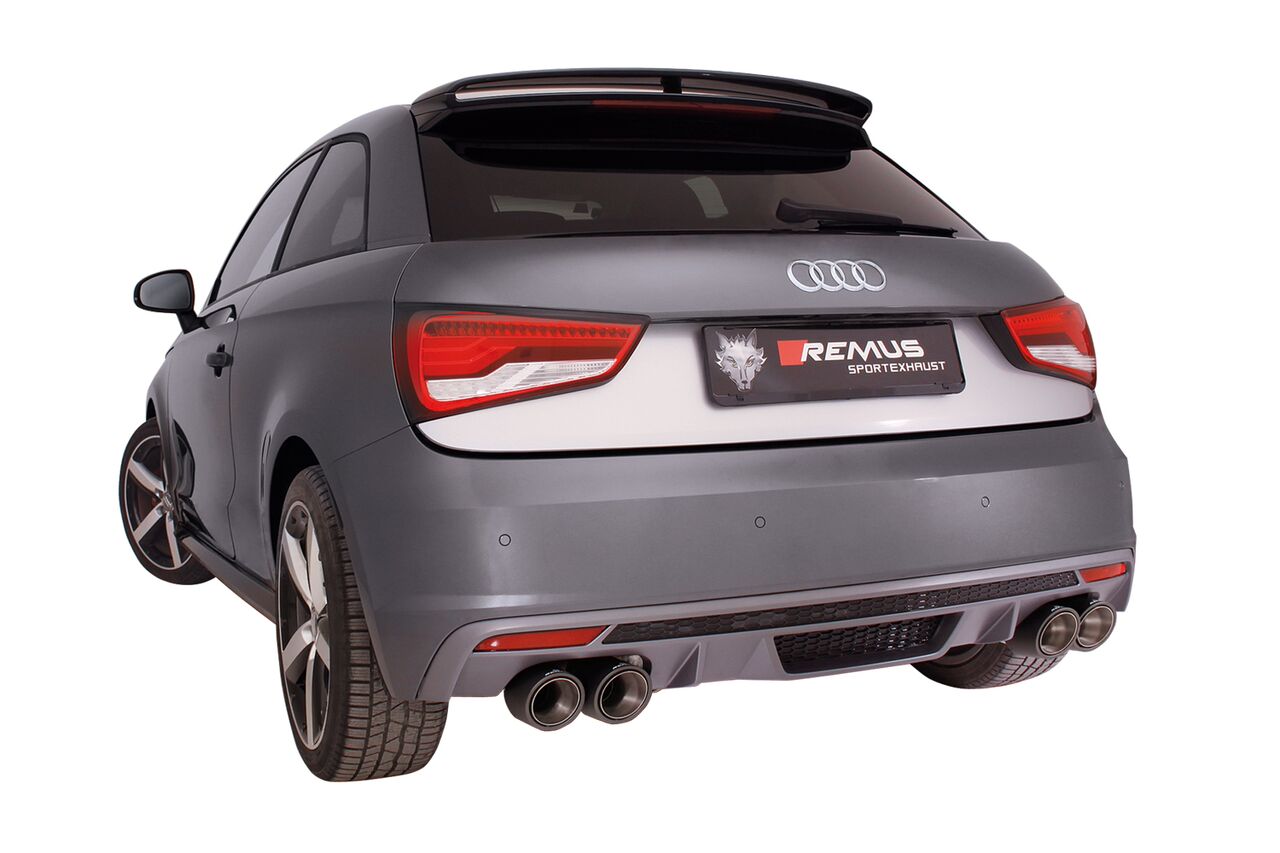 Augmenting their already impressive array of exhaust systems for Ingolstadt’s finest export, Remus’s latest offering promises to be one of their most popular products to date, managing to balance performance with a suitably aggressive note. The core of the system consists of a resonated 70mm stainless steel front section, leading to centre sports exhaust with matching diameter and a pair of integrated valves and electronic actuators. The system is crowned by a selection of dynamic quad tail pipes in a variety of styles and colours. All component parts have been extensively noise and performance tested, and all conform to EEC regulations governing both emission and decibel limits.

Three distinctive designs of quad tail pipes are available with the new S1 cat-back sports system, each designed to both enhance the performance and the visual appeal of the vehicle that they’re attached to. All three are 102mm in diameter and all come with an adjustable spherical clamp, but buyers can select from either an angled or a straight cut trailing edge, or between chrome or carbon finishes, the latter options even coming with titanium internals. 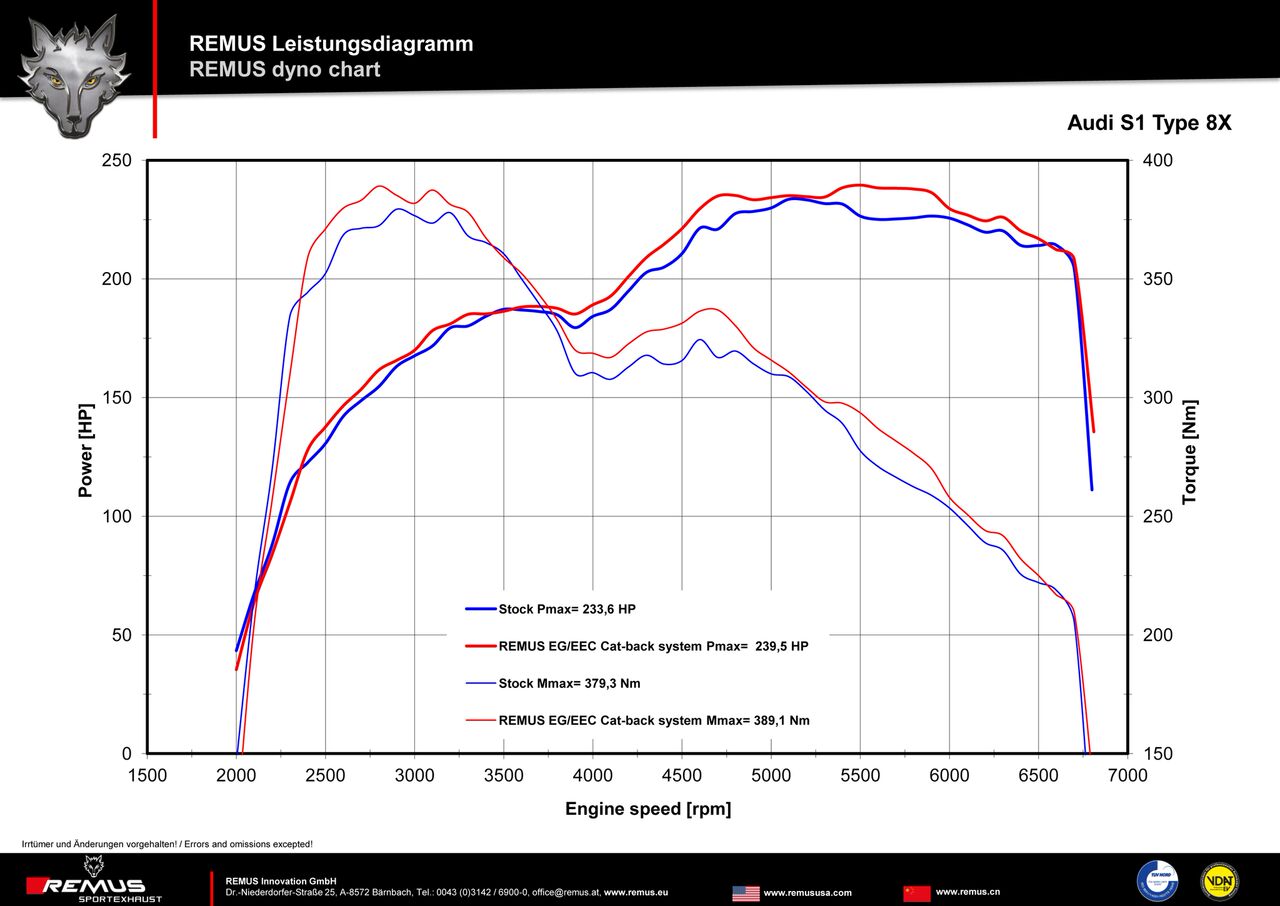 As is the case with all Remus systems, the quality of the workmanship involved is second to none, even rivalling OEM levels of fit and finish. Extensive testing of the system on Remus’s own development cars has revealed a noticeable increase in performance across the rev range, plus the aforementioned exhaust note that manages to be aggressive without ever becoming overpowering or obtrusive.

The fact that Remus has already designed, developed and produced a complete sports exhaust for this relatively recently launched model serves to highlight how seriously they take their work, with further Audi-based product launches already in development.

Further information on the Remus cat-back sports exhaust, prices and fitment options can be found at www.remusuk.com