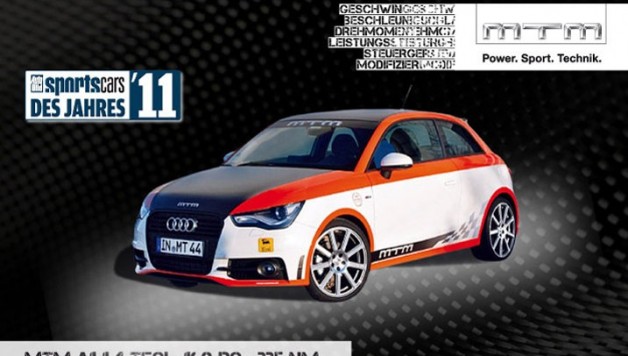 A total of 71,000 readers of “AutoBild Sportscar” magazine participated in the voting for “AUTO BILD SPORTSCARS 2011” and chose their masters of about 300 tests and driving reports of the last 12 months. From 12th August to 14th October readers could evaluate 17 categories: eight series sports cars, eight tuning cars and small series. MTM, manufacturer of increased power rated Audis, achieved two places on the podium: the MTM A1 1.4 TFSI got 16,94 percent of the votes for “tuning compact cars” and distanced the 2nd place about four percent. In the category “tuning sports cars” the MTM R8 V10 Biturbo is on 3rd place.

“Continuous top results from experts are one more proof for MTM high quality work, which is also honoured by our customers” comments MTM CEO Roland Mayer the success, which will also be documented in the next issue of “AutoBild Sportscars”