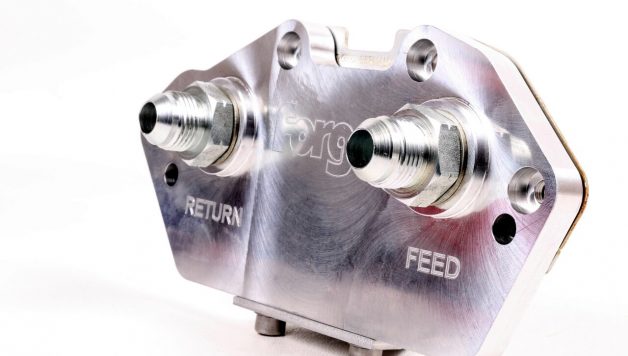 A firm consistently at the sharp end of the ever evolving automotive tuning scene, Forge Motorsport prides itself on its ability to deliver industry leading products for some of the most commonly modified cars around. The latest product to come from the Forge engineering team is an oil cooler adaptor plate for Audi’s fitted with the popular 3.0TFSi, and it allows for larger aftermarket oil coolers to be installed in order for factory levels of reliability to be maintained.

The 3.0TFSi V6 found in various models within the Audi range is well known and well liked, it’s sparkling performance matched by a broad spread of torque and a hefty base of support among aftermarket tuners around the world. Safely tuning modern cars is far more involved than merely remapping and hoping for the best though, and ensuring that an engine’s various essential fluids are kept at optimum operating temperature is a case in point, and certainly an area worth investing in. 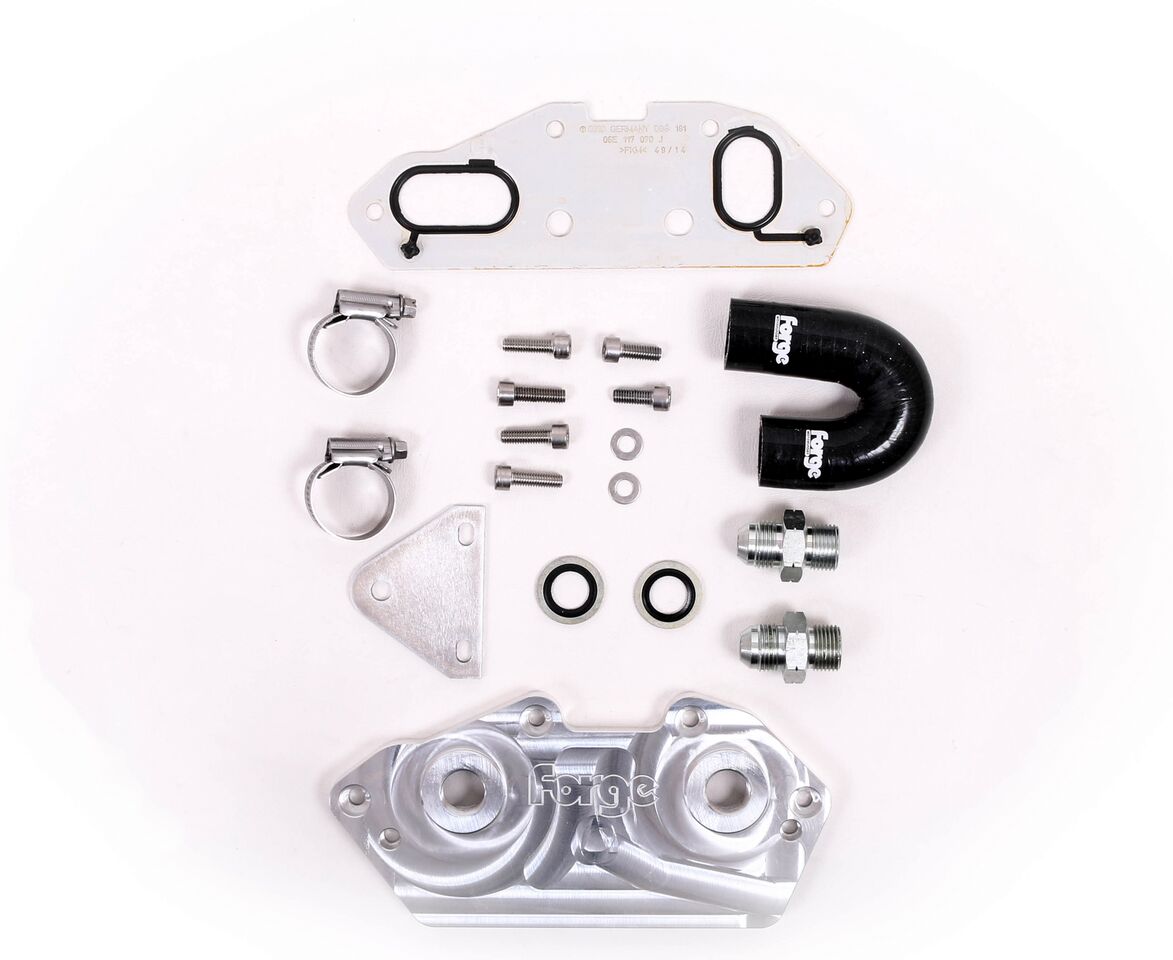 Forge Motorsport’s new oil cooler adaptor plate can therefore be viewed as an essential component within any tuned 3.0TFSi setup, as it allows for the simple installation of an aftermarket oil cooler, the latter key to the longevity of any extensively tweaked forced induction engine. The design of the adaptor plate is the result of countless hours worth of research and development, and the result is that it can now function as a complete replacement for the OEM water/oil heat exchanger. This allows the oil and water systems to be run separately, reducing heat exchange between the two and thus contributing to a better running, better performing engine.

Designed to withstand the increased pressures and temperatures generated when running a substantially tuned engine, Forge’s oil cooler adaptor plate is CNC machined from aircraft grade aluminium, and boasts a level of fit and finish not normally associated with offerings from aftermarket tuning concerns. The benefits of using such precisely manufactured components and well honed practices on a product aimed at a cars fitted with the 3.0TFSi are clear to see, and plate will handle the increased temperatures with ease. It’s shipped with 2xM18 to Dash/JIC 8 adaptors for ease of fitment. 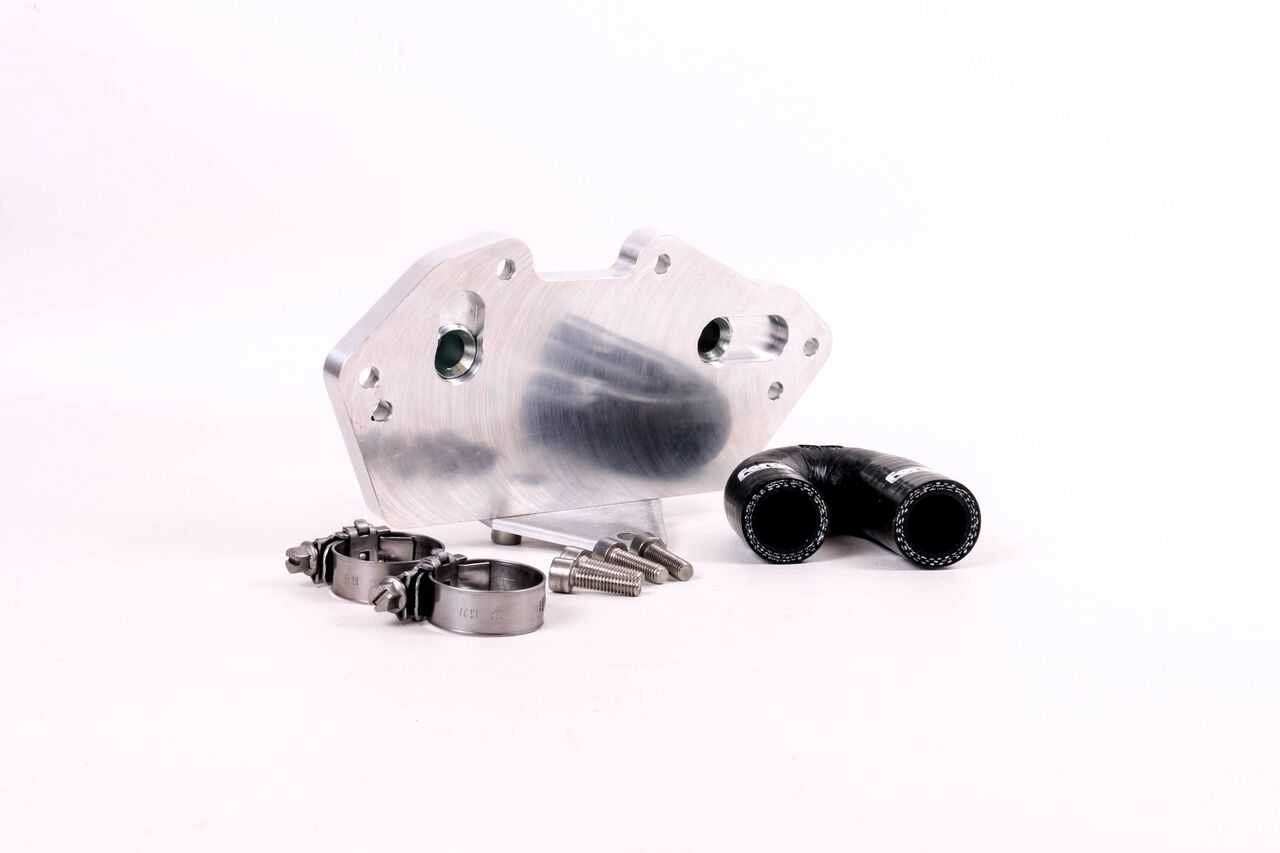 While it might not offer vast increases in power and torque like many of Forge’s products, the firm’s oil cooler spacer plate is nevertheless a highly significant product, and one that will no doubt bring peace of mind to the many thousands of individuals running highly tuned cars with 3.0TFSi engines.

The plate will fit all engines stamped with the OEM oil cooler part number 06E 117 021, with a complete list of models included below.