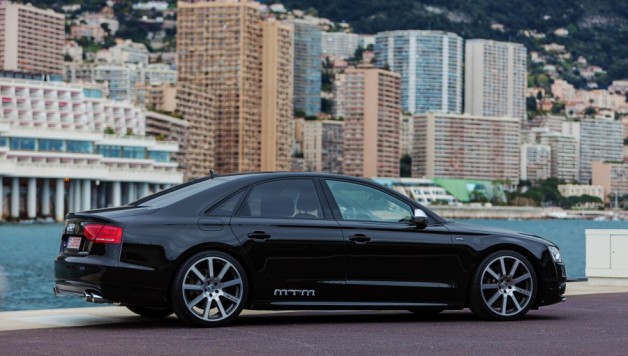 Parked on the pier of Monte Carlo’s harbour, its restrained elegance might be overlooked: at first glance an Audi S8, black, long and crouching on fat paws: 305/30 ZR 21, fitted on 10.5 inch wide mtm bimoto wheels. Majestic even when stationary, blending with the backdrop of the beautiful and fast yachts, as if to the manner born. However, a second glance espies three tell-tale letters testifying to this saloon’s special status. mtm, a discreet white on black, is to be discerned forward of the rear wheel housing. Namely, a special Audi S8, one from the high tech laboratory of mtm, a stone’s throw from the premium manufacturer in Ingolstadt.

Roland Mayer, an engineer and mtm GmbH’s Managing Director, has specialised in upgrading series production Audis and numerous other types from the Volkswagen Group’s extensive portfolio. Successfully so, because his creations win their laurels before the public’s gaze, offer themselves up for international sporting comparison, set records and withstand critical media scrutiny of their quality in terms of technical precision, look and feel. 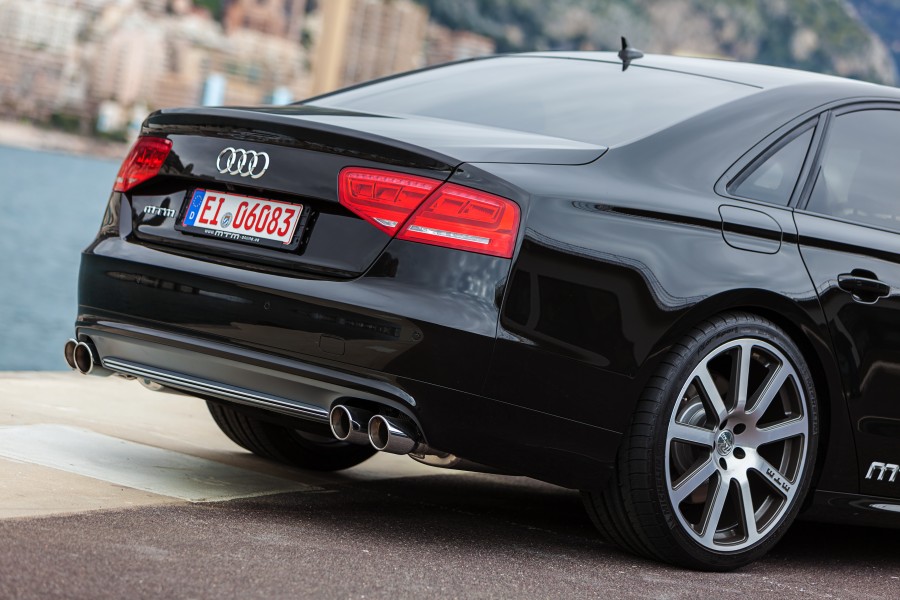 The same is true of the mtm S8 Biturbo. Instead of the series production 520 hp, the eight cylinder engine now boasts more than 650 hp at 5,950 rpm after mtm’s intensive care unit has worked its magic. Enough to accelerate the luxurious saloon from a standing start to 100 km/h in a mere four seconds. An impressive figure, as is the top speed, clocked at 293 km/h (limited). For the driver the penny actually drops throughout the acceleration process when the 800 Nm of torque develops not as a curve but in a straight line: from 1,700 rpm to 5,500 rpm the power, transmitted via an eight-speed tiptronic transmission, relentlessly forces all the occupants back into their seats. 405 X 38 mm brake discs on the front axle hold this powerplay suitably in check; the brake callipers are production standard front and rear. 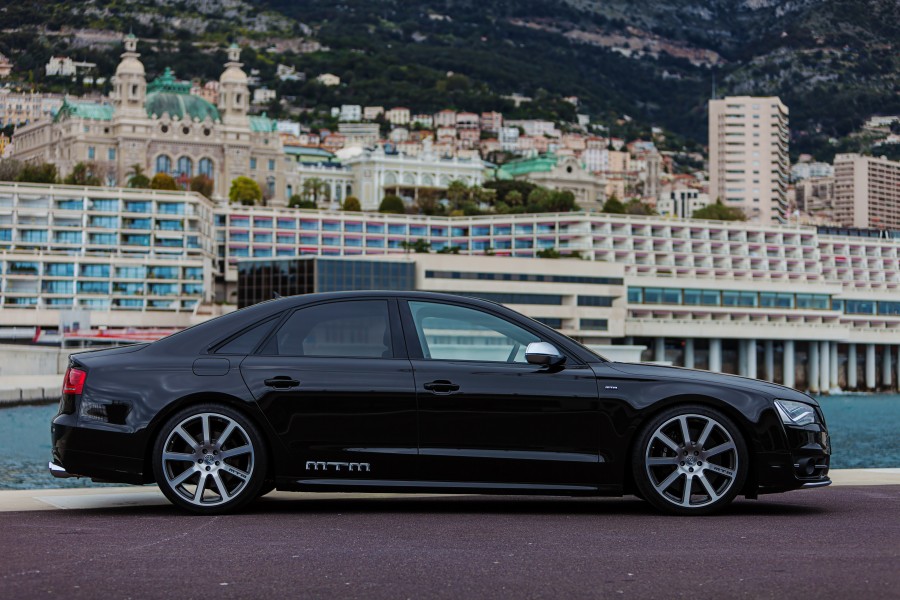 Admittedly, this Vorsprung durch Technik doesn’t come for free. The eight cylinder engine’s Powerkit, including warranty, comes in at around 4,925 euro, the attractive set of wheels mtm bimoto will set you back almost 5,800 euro. It dovetails perfectly with mtm’s F-Cantronic air suspension, to be had for 1,750 euro; a brake system tailored to the power pack costs a shade more than 6,700 euro. The price tag on the stainless steel exhaust system is just shy of 4,500 euro – lending the sound from the eight cylinders a musical note. Including the lowered chassis complimenting the lavish Powerkit, the black mtm S8 is on sale for less than 155,000 euro for connoisseurs who like to combine comfort with speed.