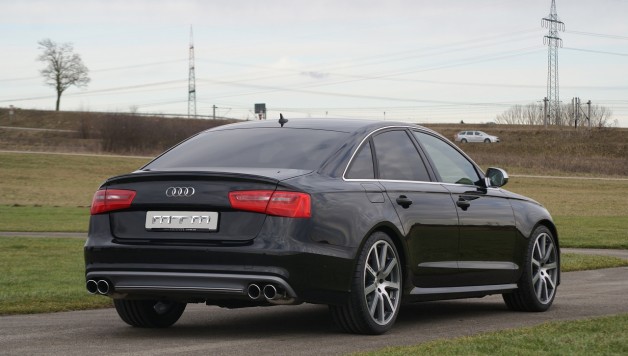 Good news for all those who find that the 420 hp in the Audi S6 C7 4.0 TFSI quattro sometimes just doesn’t have enough grip. In the high-tech studio of Wettstetten manufacturer MTM, a power pack has been created that, when needed, releases a tremendous thrust power: 555 instead of 420 hp and a torque of about 700 Nm instead of the standard 550 Nm. That’s right – when needed! MTM united the M-Cantronic with the V-Cantronic in one box and set up the control in the MMI practically at the touch of a button: That’s so speed is available when you need it – up to 290 km/h after all. Whoever would like to take advantage of this boost occasionally – or permanently – can buy the option for roughly 3,700 Euro. A 4-pipe stainless steel exhaust system developed by MTM and fine-tuned on their own test stand complements the powerful ensemble for a price of 4,300 EUR including installation. 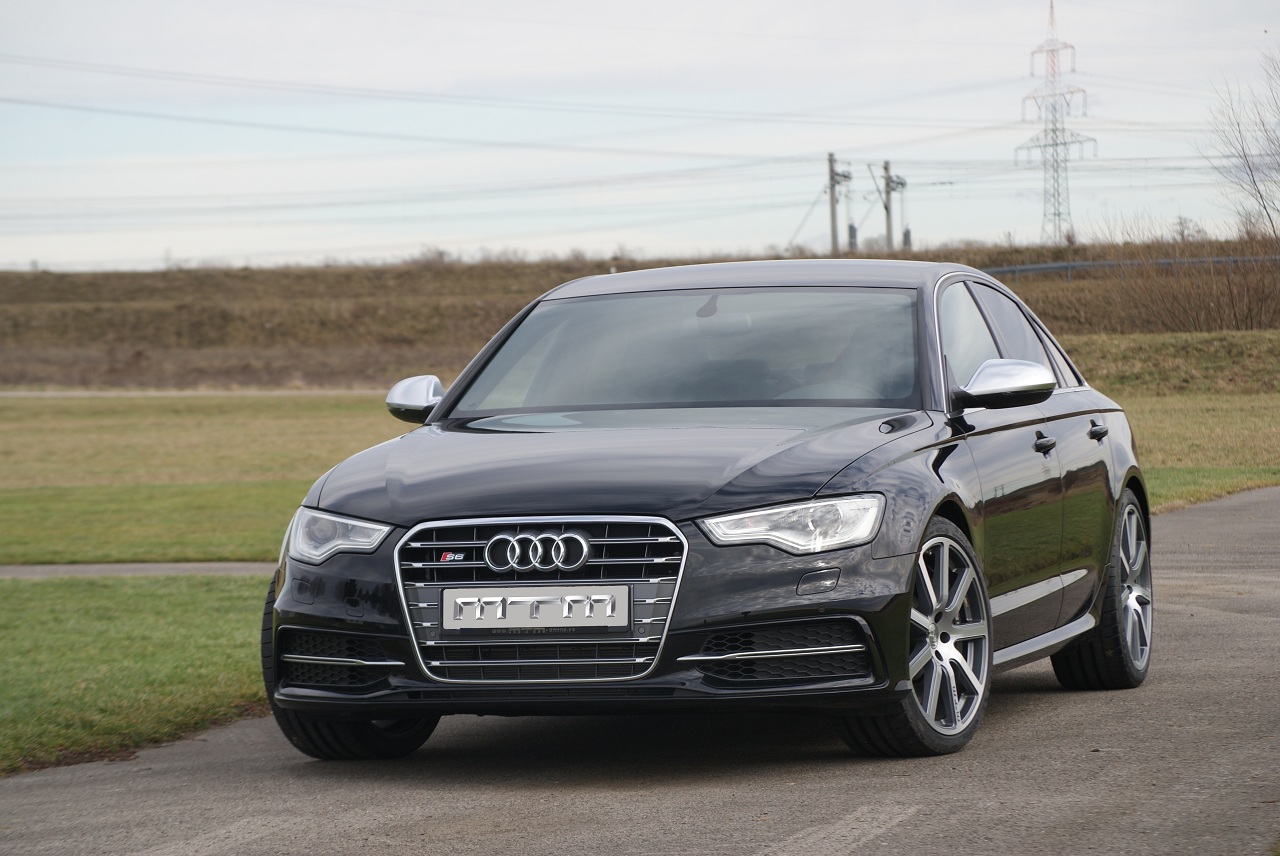 “The performance-enhancing modification by intervening in the electronical engine management has absolutely no affect on the service life and environmental compatibility of the drive assembly,” says Roland Mayer, Managing Director of MTM GmbH, “It uses only the high potential of the Audi eight-cylinder engine.” Mayer himself tested the production maturity of the new power pack in extensive trials, and therefore recommends the use of an F-Cantronic from the Audi A6 C7 for air spring suspensions. It allows an independent lowered front and rear axle, in the front up to 25 mm, in the rear up to 20 mm. It’s ready to use, and you can have it for just around 2,000 EUR. 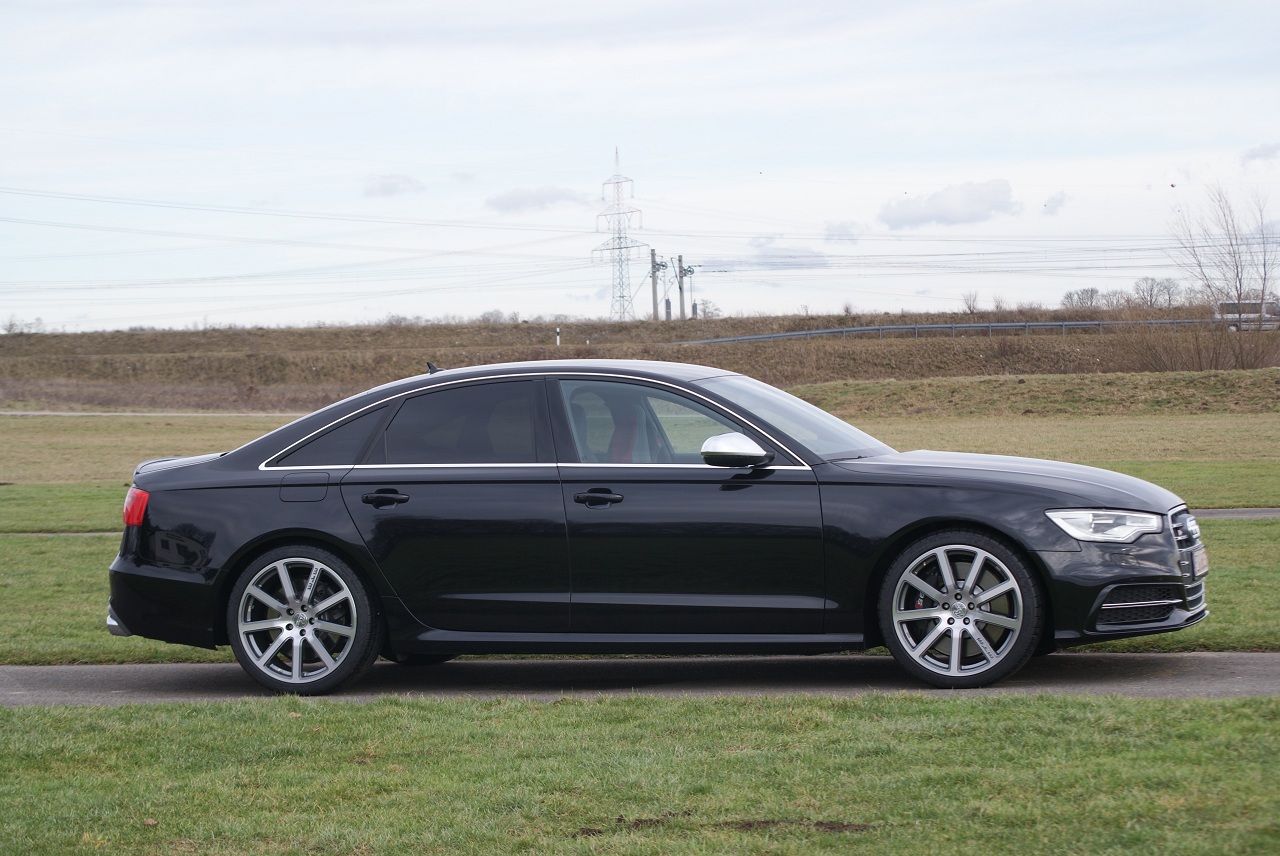 There’s no such thing as a car from MTM without visual accents where they work best. For the Audi S6 C7 4.0 TFSI quattro by MTM, therefore, there are four MTM-bimoto sets of rims to choose from – depending on your taste, at prices between 2,100 and 5,300 EUR. Behind all this there’s a braking system that was expressly designed according to two guiding principles: braking comfort just like in the series model, but the braking power adapted to the engine and driving performance. All in all, a powerhouse which also meets the most demanding expectations.