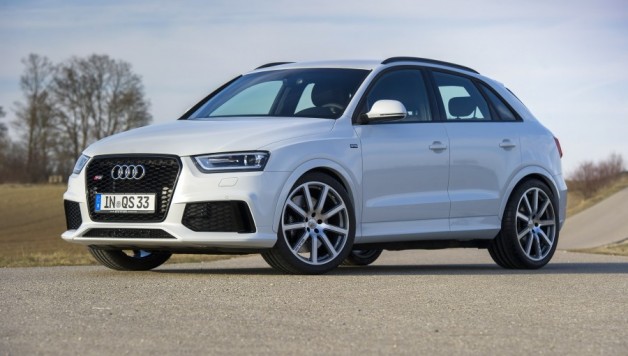 When the 84th Geneva Motor Show’s doors open on March 4, initially for journalists and trade visitors from around the world only, they will find Audi neighbour MTM, the small but perfectly formed developer and manufacturer of high-performance cars, ensconced on stand 2045 in Hall 2. MTM will be parading a world record, which the company owes to an A8 4.2 TDI “Nardo Edition”: with Managing Director Roland Mayer at the wheel, the diesel clocked precisely 300 km/h at the Nardo record test track in southern Italy. No road-legal, diesel-engined car has ever driven faster. With 410 hp under the bonnet and a beefy torque of 930 Nm, the luxury saloon makes it through 100 km/h in only five seconds, and but for a sound system developed and patented by Audi, and located in the exhaust system, the powerful performance would be barely audible. Aerodynamic assistance during the record breaking drive was not be dispensed with: the 9 X 20, ET 42 bimoto wheels featured flow-optimised shrouds. 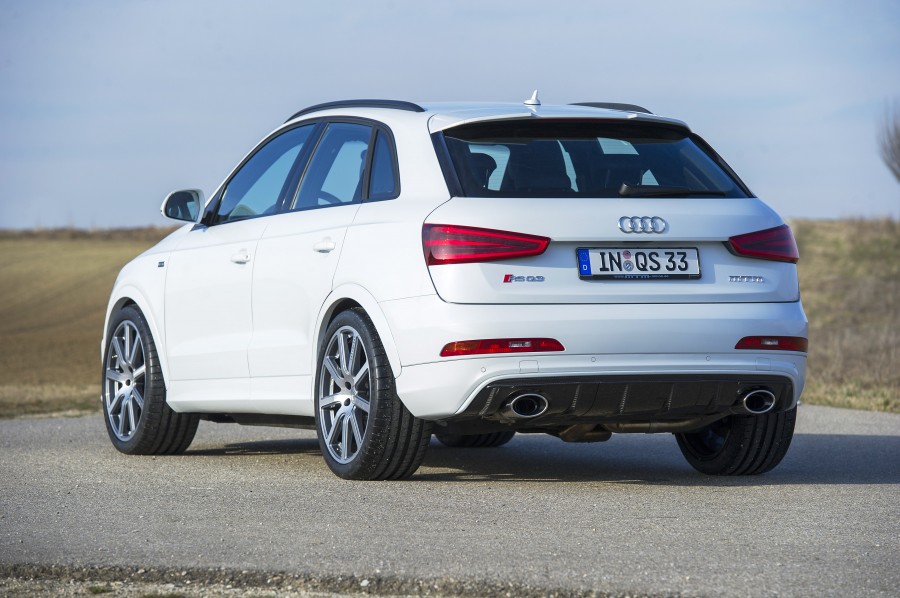 MTM RS Q3 – five-cylinder power unit
An SUV such as the Q3 is assumed to possess the classic characteristics of a Sport Utility Vehicle: sporty and versatile but, despite that, in the main the good friend for the whole family – and in general that is the case. But specifically in MTM’s case, while not challenging these characteristics, it interprets them – in typical company style – rather more generously.

For example, the MTM RS Q3 TSI is powered by an extremely potent 2.5 litre displacement five-cylinder in-line engine. 560 Nm of torque make for considerable thrust in all speed ranges and the 100 km/h mark is reached and left behind after a mere 4.9 seconds. The top speed is – provisionally – 268 km/h. Provisionally, because an upgrade is in the offing for the current power output of 424 hp. A 504 hp power unit is currently undergoing the obligatory endurance test on the test rig.

A harmonious coordination of engine and driving performance is ensured by a 380 X 34 mm calibre MTM brake on the front axle combined with a carbon diffuser for optimal downforce and with a KW DDC chassis riding on Michelin Super Velours 275/35 ZR 20 tyres mounted on 9 x 20 bimoto wheels.