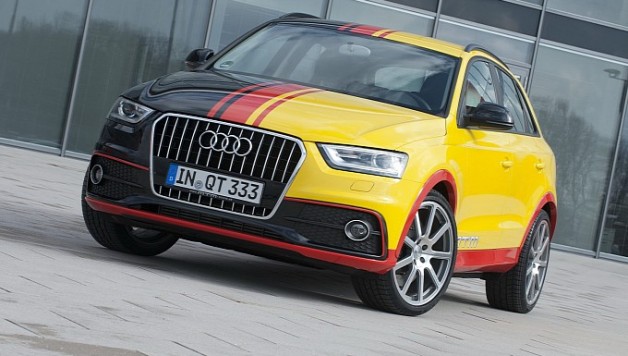 Just prior to the spectacular premiere of the automobile industry’s current annual presentation season at the International Motor Show in Geneva, the statistics registered a trend that every automobile manufacturer should take note of: the notchback is out and the Sport Utility Vehicle (SUV) is taking over.

MTM has spearheaded this movement with a proven model in this category: more power for sportier performance! Cars from the MTM high-tech studio in Wettstetten, Germany, that are headed for the finish line, are power-packed and have what it takes to take the lead. So it makes sense that MTM is presenting two Power SUVs (PSUVs): The MTM T 500 2.5 TFSI 4motion, which an unsuspecting observer might mistake at first glance for a VW T5. But don’t be fooled. It wouldn’t be an MTM creation if it didn’t have power to spare; and besides, the motor vehicle registration certificate identifies MTM as the responsible automobile manufacturer. 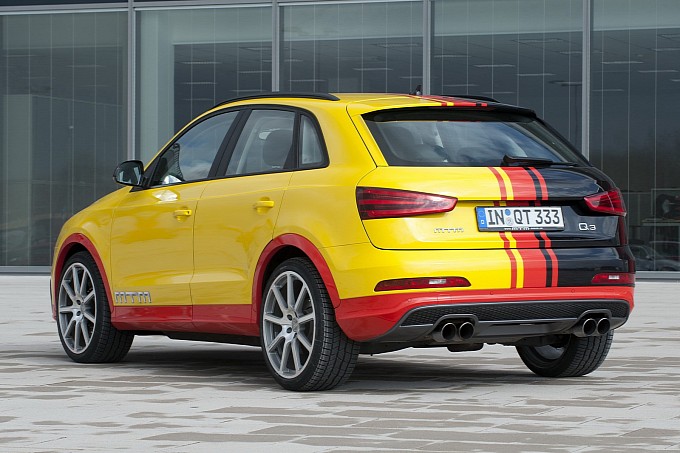 The MTM Q3 2.0 TFSI Quattro, which is presented in bold black, red and gold, just like the power-charged MTM “Bulli”. An obvious reference to the European Football Championship by the MTM team: “If you want to play in the top league, you better drive in the top league”, MTM boss Roland Mayer adds with a smile when talking about the patriotically-coloured creation of his associates.

Meanwhile, under the bonnet everything is just what you would expect from MTM: high-tech for high performance and the satisfaction of knowing that “more is more”. 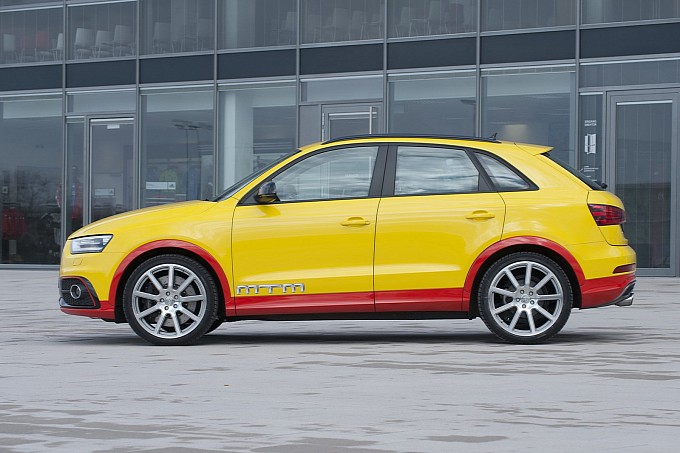 The MTM Q3 2.0 TFSI is chargedwith 310 HP. The MTM version takes a good two seconds less, namely 6.1 seconds, to sprint to 100 km/h. And while the standard Q3 reaches its peak at 212 km/h, the MTM Q3 has enough steam to get it to just under 250 km/h. An Audi Q3 2.0 TFSI with S-Line sport package costs almost 37,000 Euro. After MTM has done its magic, the PSUV will cost just under 59,000 Euro. The added value is generated by proven additions like a specially adapted exhaust system with turbo -kit and rear diffuser, as equally visible as the characteristic set of wheels from MTM Bimoto 20″, soled with tyres size 255/35 ZR 20 and moderately lowered.