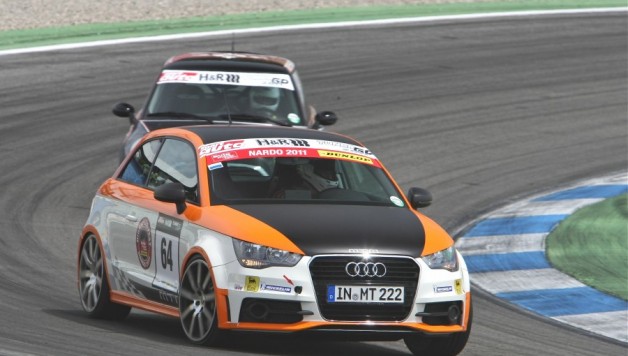 In May 2011, the mtm Audi A1 Nardo put down an unmissable marker on the eponymous, record-setting race track in Southern Italy: with Roland Mayer at the wheel, the compact beefcake managed 324 km/h. World record! Since then, the international press has bestowed several awards on the 500 hp four-seater.

Now, almost two years later, by a majority verdict, sport auto readers have once again honoured this masterpiece of the mtm tuning studio. They voted it the winner in the “compact car tuning” category. In all, 15,353 sport auto readers took part in the poll. In this instance they were paying tribute to the superior performance characteristics of the mtm A1 Nardo, which accelerates to 100 km/h in just under five seconds, passes 200 km/h after 14 seconds and reaches the 300 km/h mark in less than 39 seconds.

Roland Mayer, the company’s Managing Director, expressed his satisfaction with this latest accolade for his development: “Continuity of develo pment is seen as the stabilising factor of this sector. And that is precisely our goal: constantly performing at the highest level.”