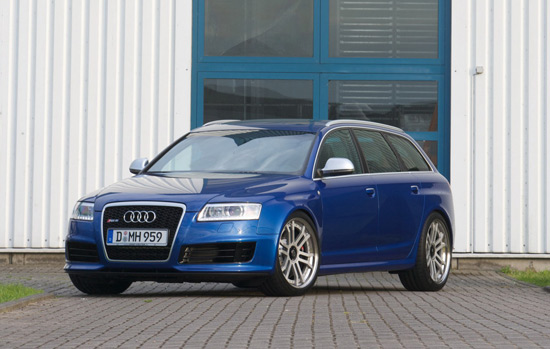 IMSA is mostly known for its Lamborghini tuning programs, but now IMSA decided to join in the Audi RS6 tuner war that has hit the German tuning scene by presenting a souped-up version of the range-topping Avant model.

Modifications to the engine that include a remapped ECU and a new exhaust system boost the 5.0-liter V10’s output to 650 HP (from 580 HP) while torque has also been increased to 745 Nm or 550-lbs/ft.

Additional modifications include a lower suspension, with new springs lowering the car by 25mm and give it a slightly firmer ride to improve handling. A set of ultra light 20-inch alloy wheels derived from the company’s tuning kit for the Gallardo that are wrapped around 275 performance tires.