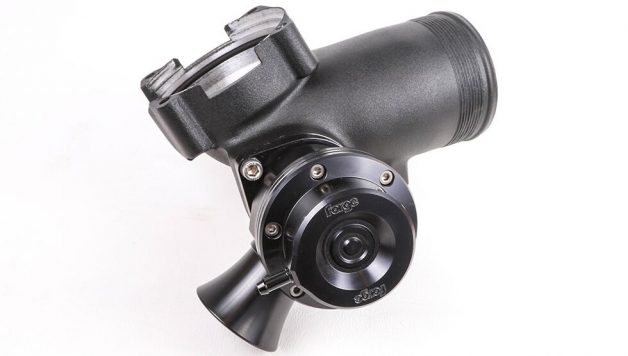 High performance Audis and Forge Motorsport go hand in hand, the latter having catered for the former in a big, big way for many years now. The latest evidence of this long standing and fruitful relationship is an advanced, high flow dump valve/elbow kit for the 2015 onwards Audi RS3 and TTRS, both models that are among the most potent in their respective classes, and which can be tuned to deliver frankly astonishing power figures. 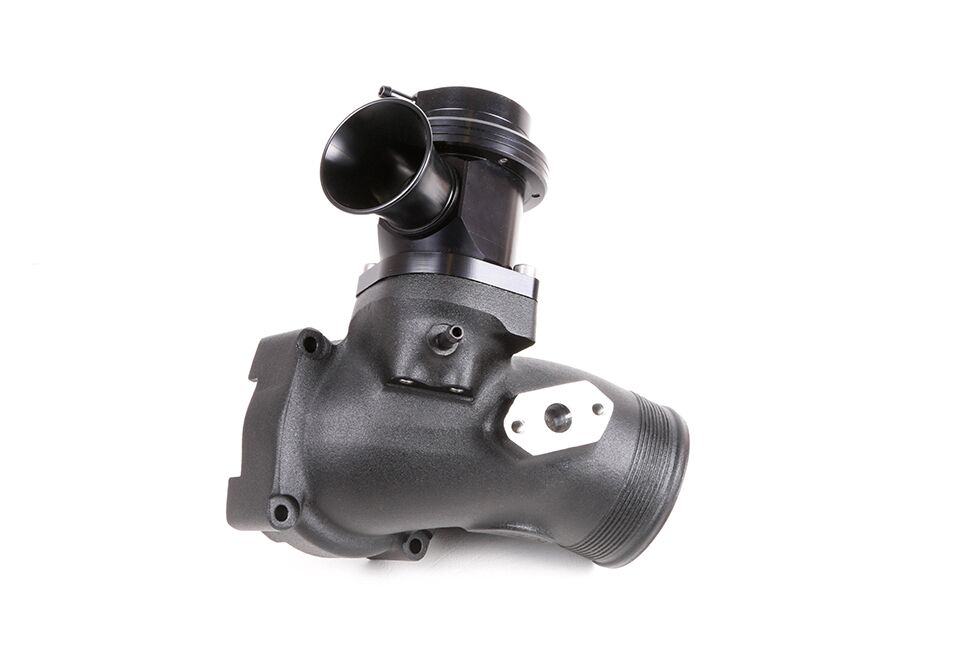 An evolution of the firm’s already highly regarded FMARSDV valve (one that’s served countless 8P chassis RS3 owners very well for years), the new high flow kit has been designed for fitment to extensively fettled RS3s and TTRSs, those making in excess of 450bhp – a figure that’s easy enough to achieve with these particular Ingolstadt offerings. At these heady power figures, the OEM-fitted component, one that Audi itself saw fit to carry over from the previous generation car, has been observed to fail, the stock solenoid dump valve being simply unable to flow and meter the volume of air required, leading to ECU-based confusion and potentially damaging MAP readings. With this in mind, it perhaps isn’t all that surprising that Forge has made developing a replacement part for the latest RS3 and TTRS a top priority. 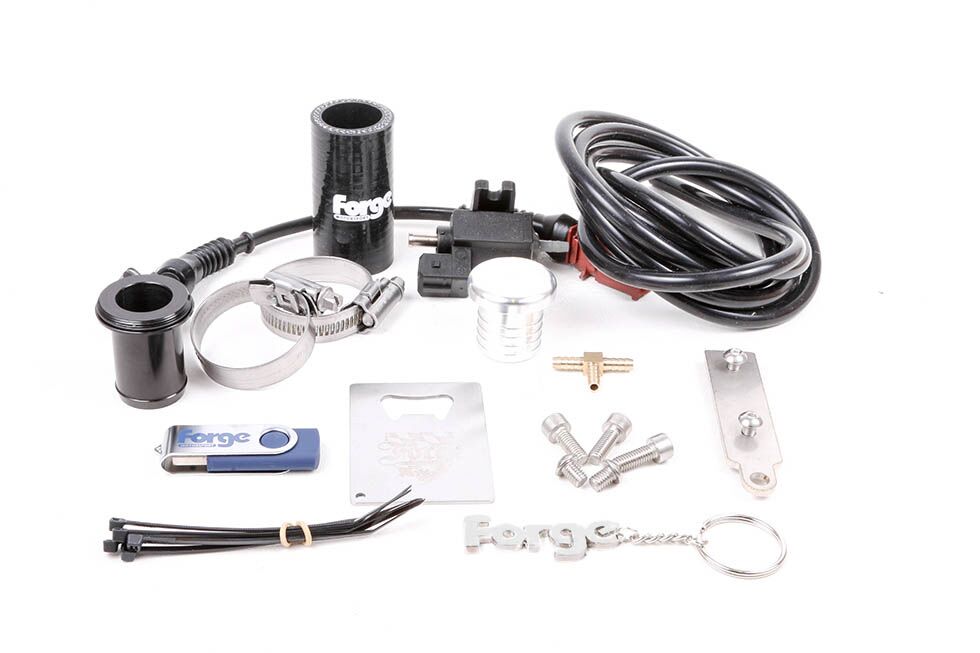 Forge Motorsport’s uprated valve kit underscores the lengths to which the Gloucester concern is willing to go to in order to produce products that exceed OEM levels, and evidence of this can be seen in the inclusion of an all new, Forge designed elbow. The firm’s engineering team swiftly realised that the running issues covered above couldn’t be fully cured with the addition of an aftermarket valve, as the size of the of the hole for the valve is too small in the stock elbow. This inspired the team to develop and manufacturer their own elbow, one with a far larger DV port (allowing the fitment of a correspondingly larger dump valve) and with significantly improved internal flow rates thanks to the de-restricted nature of the new component. The elbow design has been changed by Audi to accommodate a different throttle body, so the Forge design has changed too. 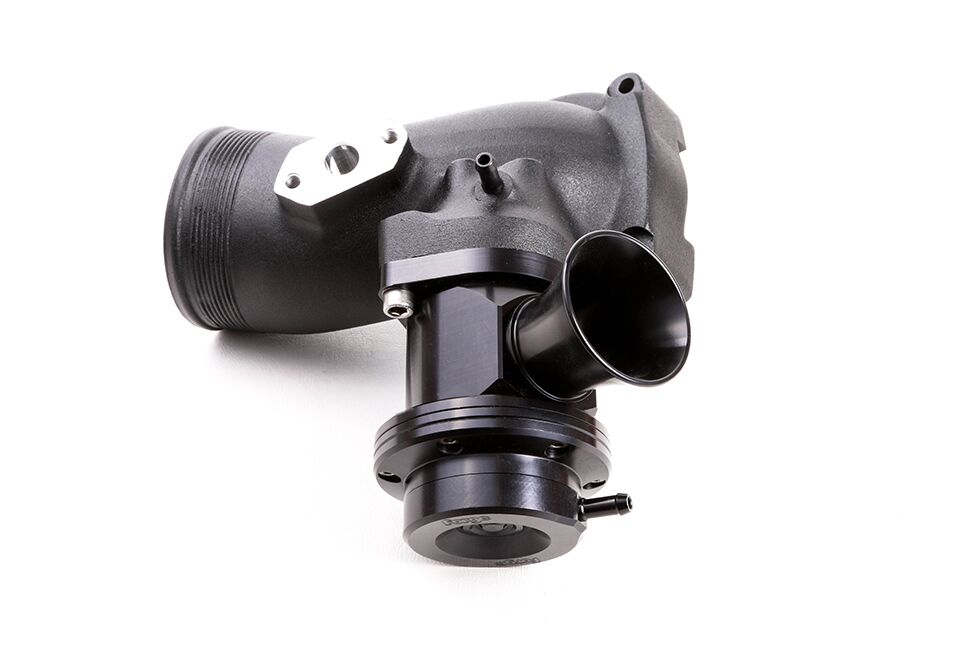 With the engine management on this engine being MAP based rather than MAF based, which is unlike many other Audi engines, Forge has also incorporated the option to run the kit with a recirculation valve or with an atmospheric discharge/blow off. This open-ended design means that the new Forge kit is nothing if not adaptable, while also having the potential to act as the foundation stone for further forced induction tuning at a later date. 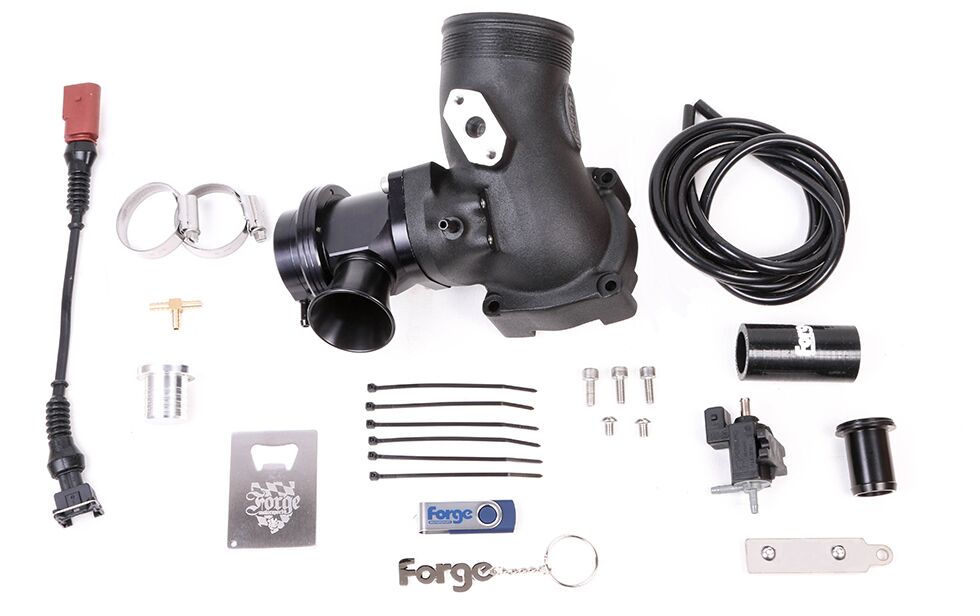 Performance implications aside, the high flow valve and elbow assembly exhibit all the engineering trademarks that its maker has become well known for. The valve itself has been manufactured from high grade 6082 aluminium (very much a Forge speciality), while the elbow is equally well presented – it all adds up to a stunning kit, one that will look perfect nestled in the engine bay of any tuned RS3 or TTRS.