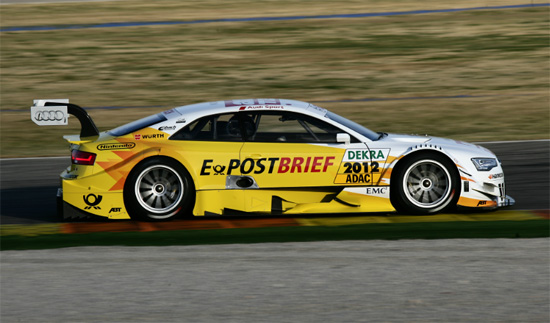 Four DTM (German Touring Masters) titles now top off the long-standing cooperation between Eibach and Audi Sport: after 2007, 2008 and 2009, the motorsports team from Ingolstadt also were victorious in 2011. Audi Sport relied on the Eibach Race Spring System (ERS) and several custom builds, which are developed together in order to achieve the optimum set-up.

Now the success story will continue for at least another two years.

As both an “Audi Sport Official Supplier” and a technical partner, Eibach does not only provide its
know-how for the DTM motorsports cars but also equips the Audi Sport R8 LMS and R8 LMS ultra.

In addition to Audi Sport, many other teams and drivers in national and international top-class sport have been relying on products from Eibach for decades.