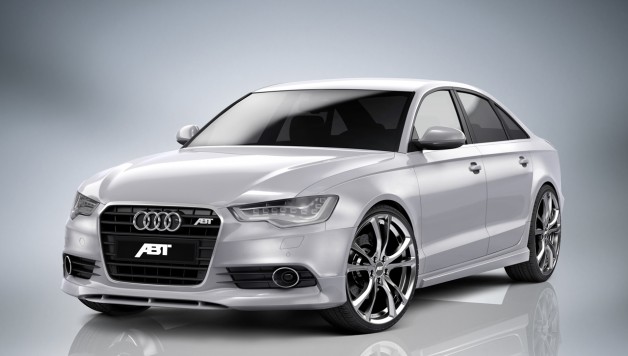 Bavarian power at the SEMA

At the beginning of 2014, ABT Sportsline, the globally largest tuner of cars produced by the Volkswagen Group, will launch its own subsidiary at Cerritos/Los Angeles. Before the traditional company will open it, however, the ABT power can already be felt live in November at the Las Vegas’ SEMA (Specialty Equipment Market Association) Show.
ABT Sportsline is going to present a both visually and technically tuned Audi A6 sedan. “We look forward to being part of the SEMA’s 50th anniversary ‘party’. With the ABT AS6, the more than 100,000 trade visitors at one of the globally most successful automotive fairs can see a perfect, detailed and dynamic total package“, says Hans-Jürgen Abt, CEO of ABT Sportsline. 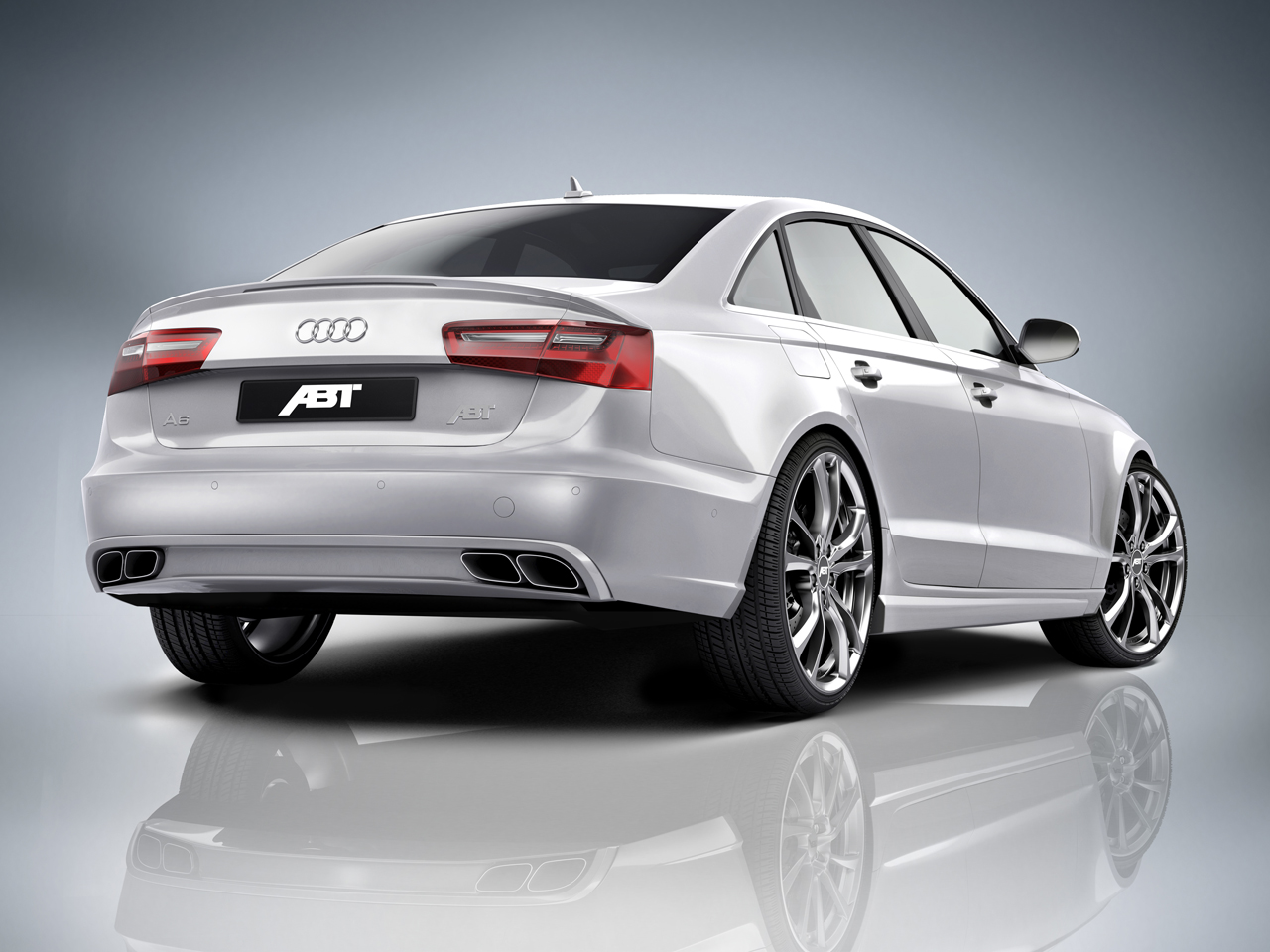 The popular Audi A6 and its predecessor, the Audi 100, have long since been mandatory tuning subjects of this traditional and innovative company. They do not only focus upon a sporty look but also on a new power upgrade to be presented at the SEMA in the ABT AS6. “ABT-powered”, the standard 245hp (180 kW) of the 3.0 TDI quattro is increased to 286hp (210 kW), at a torque of 678Nm (serial version: 580Nm). And in combination with the
ABT suspension springs, this extra potential can indeed be fully utilised. It’s all highly enjoyable and very useful. Sporty dynamism does also mean, however, that a car can be stopped at any moment, here with the ABT brake system, which provides ideal deceleration values in any situation. 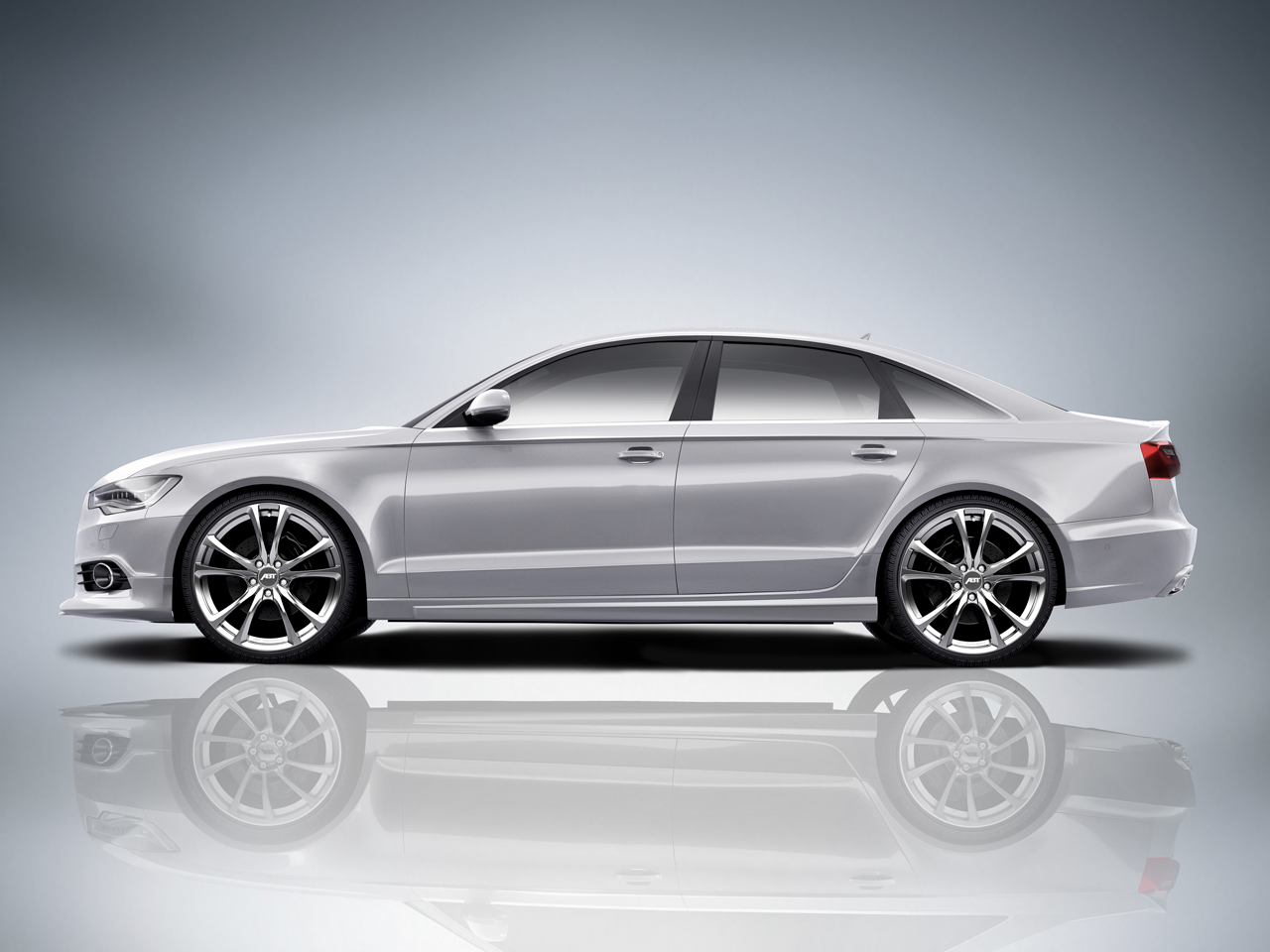 And you do not only feel the ABT power, you can also see it in this assertive ABT AS6. The ABT front spoiler sort of lowers the car’s CoG at least visually; fender inserts and side skirts and the carbon-look mirror covers underscore the athletic design and reveal at first glance what drivers can expect. The rear end is also accentuated by the ABT rear spoiler in combination with the ABT rear skirt kit (incl. tail pipe covers).

And the light and sporty design of the cast 20-inch ABT ER-C premium sport-type wheels are a further highlight, which rounds off the sedan in a perfect fashion. With the ABT AS6, ABT Sportsline combines all these elements in a consistent total tuning package that makes it fun to drive and look at.