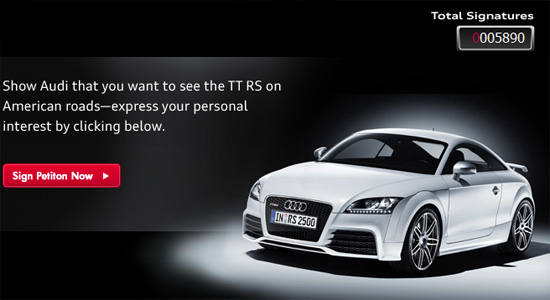 Audi of America is doing what it can to convince its German bosses to send the TT RS to the US.

A petition on the automaker’s Facebook page says that “Audi is seriously rethinking its original plans for the range-topping TT model and wants to hear from you.” As of Monday morning, the petition had gathered 3,742 signatures.

Audi would be foolish to ignore the U.S. market but now you can have your say.