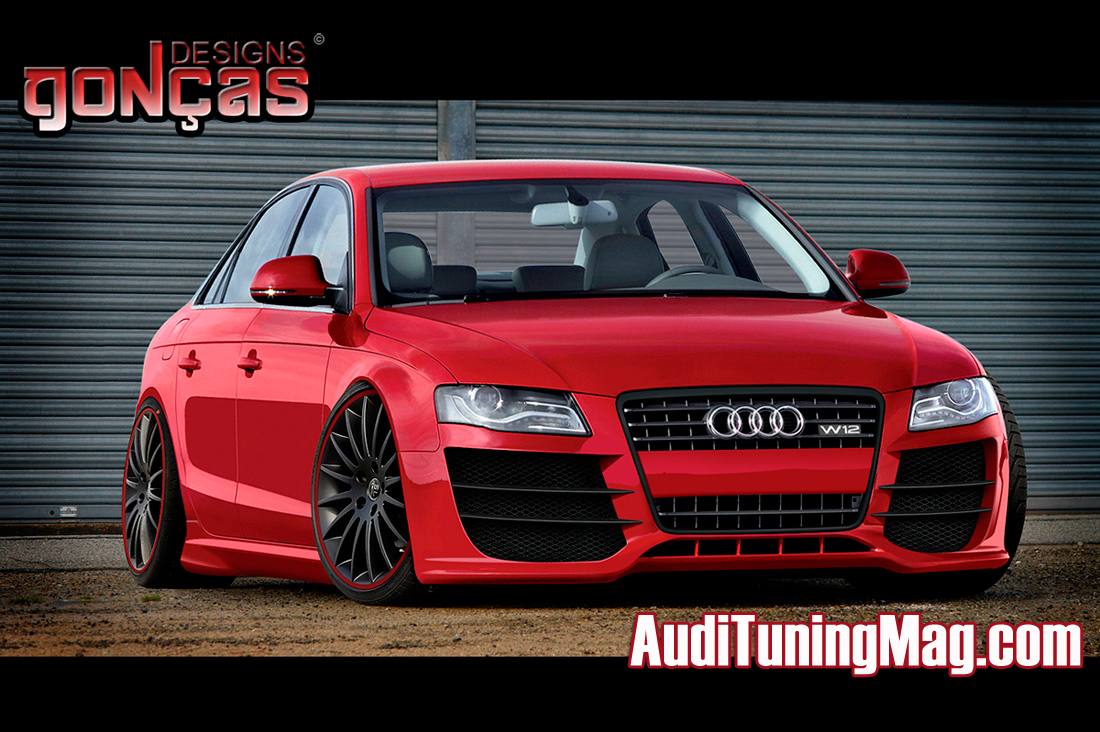 What about the new Audi A4 W12? Audi has not yet revealed further details about this car because this is just a rendering from young Portuguese designer Gonçalo Reis. This car was inspired by the Audi R8 V12 TDI Le Mans and the new front bumper and grille gave the A4 an aggressive new appearance.

The car was lowered to the max and 19’’ JE Design Multispoke SMHP with red stripe were fitted. New side skirts were also fitted.

Although we have already seen a demonstration of the superb diesel engine technology which was born from the world of motorsport in the Audi R8 TDI Le Mans Concept, Gonçalo choose the 6.0 L W12 FSI engine that used in some high-end luxury models like the Audi A8 and the Bentley Continental GT.
Performance numbers should be something like this: 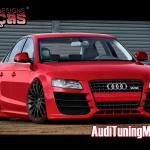 7 Responses to Audi A4 W12 unveiled