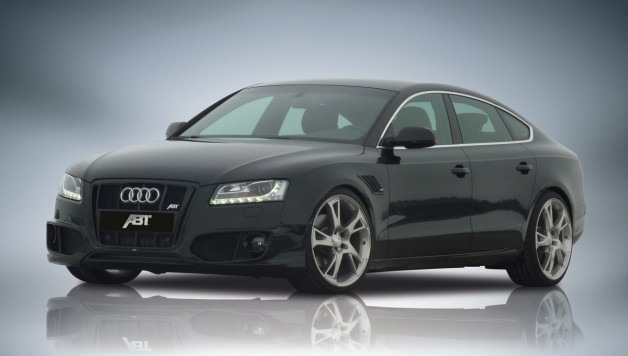 As comfortable as a limousine, elegant as a coupé and almost as practical as an Avant – these are the strengths of the new Audi A5 Sportback. A fourth advantage is added with ABT Sportsline: as dynamic as a true sports car. These special features combine to become a harmonious, surprisingly agile entity that bears the name AS5 Sportback.

“With a clear emphasis on the word Sport”, remarks Christian Abt, the managing director responsible for the technical issues of the world’s largest customiser of vehicles from the Volkswagen group. The famous motor sportsman has geared output and bodywork components such as ABT springs and ABT sport coilovers to the many requirements of the Sportback concept and its owners. The result offers driving fun without compromises, but also the full road capability of a car ideal for long distances.

The ABT AS5 Sportback is of course a superior vehicle in any situation. The optimized engines makes sure of this. In particular, the mighty 3.0 TDI stands out due to its superior power without costing you a fortune in fuel costs. With ABT POWER, the mass-produced 240 PS (176 KW) become 282 PS (207 kW). With ABT POWER S, even 310 PS (228 kW). That’s enough to catapult the stylish, practical coupé from a standing position from zero to 100 km/h in 5.8 seconds. 610 Nm torque provide powerful acceleration and dynamic forward thrust. The AS5 Sportback also becomes a true Allgäu athlete with the 2.0 TFSI, which has an output of a proud 275 PS (202 kW) due to ABT POWER instead of 180 PS (132 kW). Consistent with the enormous potential of the fast vehicle, the customiser offers the ABT braking system with a 345 mm disk diameter, or the powerful ABT sports braking system. A tremendous 380 mm disk diameter and eight piston callipers provide optimal deceleration values. 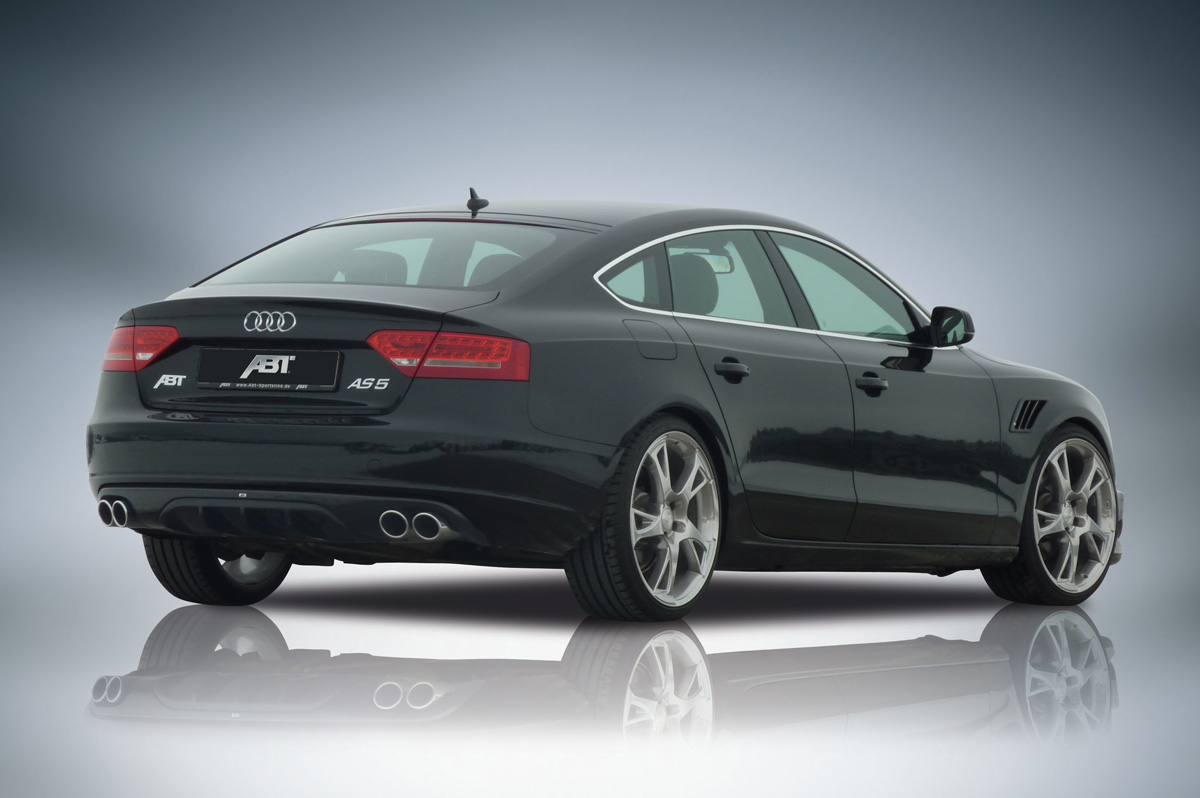 In order for the versatile athlete to show its origins, the ABT team has given the latest addition to the AS5 family very elegant bodywork elements: front apron, front grille, wing inserts and the rear spoiler set allow the coupé to appear even more powerful from every angle. The rear view with the typical 4-pipe end silencer, which powerfully integrates itself into the rear spoiler, becomes one with the “big mouth” of the Sportback. The ABT AR or BR wheels in sizes 18 to 20 inches round off the appearance of the AS5 Sportback.

Self-confidence and fast – that’s how the newest ABT Sportsline creation looks, even when it’s not moving. And that’s exactly how it drives on the road.

3 Responses to ABT’s new AS5 Sportback