The standard 2.5 liter petrol engine in the current Audi TT RS already provides an impressive 400 hp (294 kW). After optimization of the motor management by ABT Sportsline, the data sheet for the sportscar now boasts an impressive 500 hp (368 kW) and 570 Nm. This makes the ABT TT RS-R more powerful than any standard Audi TT that was ever built. But that is by far not all, because this complete vehicle in a limited edition of 50 features a whole range of additional visual and performance improvements. 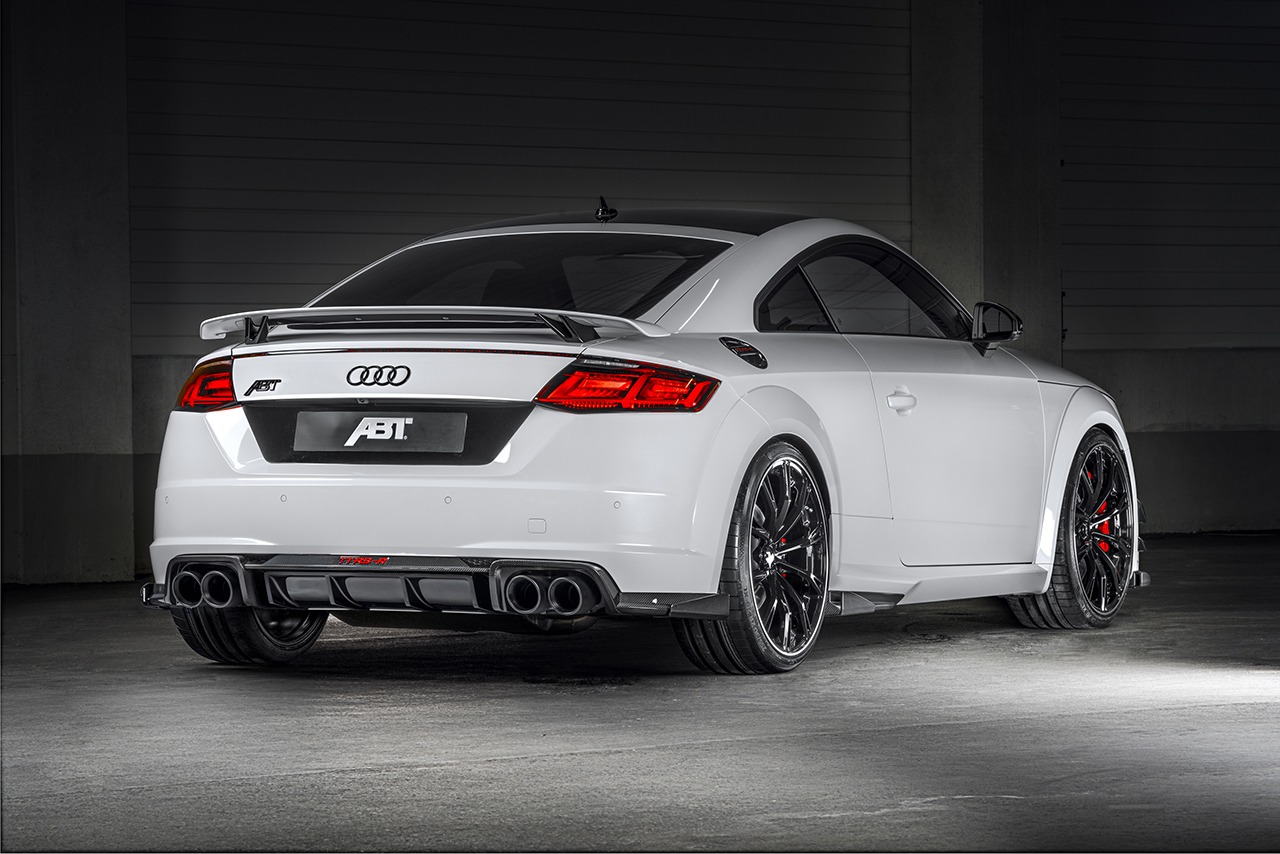 In addition to the performance upgrade for the Audi TT RS, the tuning company from Germany also tackled its appearance. The body of the ABT TT RS-R received high quality add-on parts made of visual carbon which make it clear that this is a genuine ABT Audi. It includes the front spoiler, the exclusive front grille frame with a red TT RS-R logo, front flics and front blades, side skirt add-ons with side blades as well as a multi-part rear skirt add-on with a red TT RS-R logo to point out the concentrated power of the German sportscar. The stainless steel exhaust system with double tailpipe trims ensures that the sound perfectly matches the exterior. The matching 20 inch ABT SPORT GR wheels in “glossy black” with diamond machined flange additionally underscore the added power of the coupé. 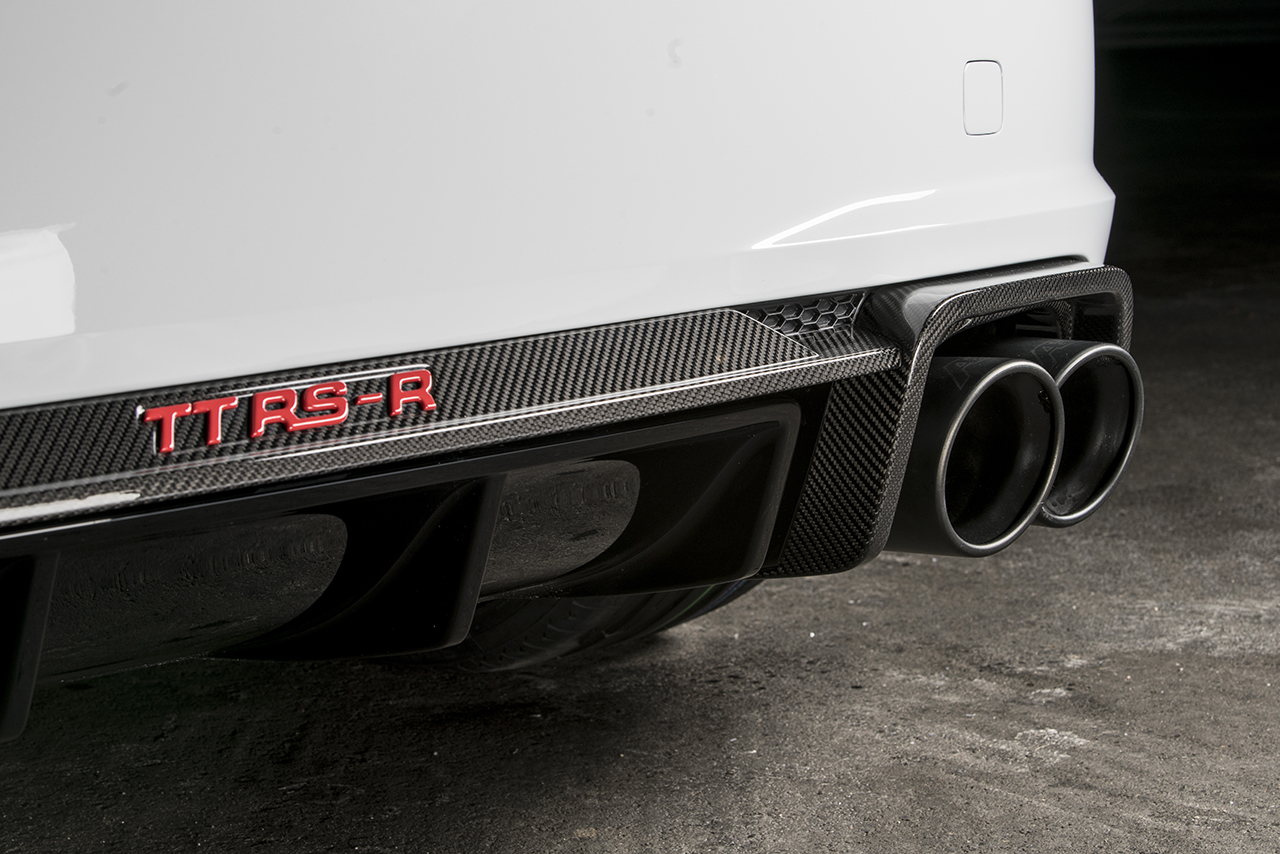 As a special model, this Quattro also deserves an appropriately exclusive sporty styling for the interior from ABT Individual. The standard seat panels as well as the side of the dashboard panel have a carbon coating. This completes the high quality, sporty appearance of the ABT TT RS-R which is more than ready to make its appearance on the road. 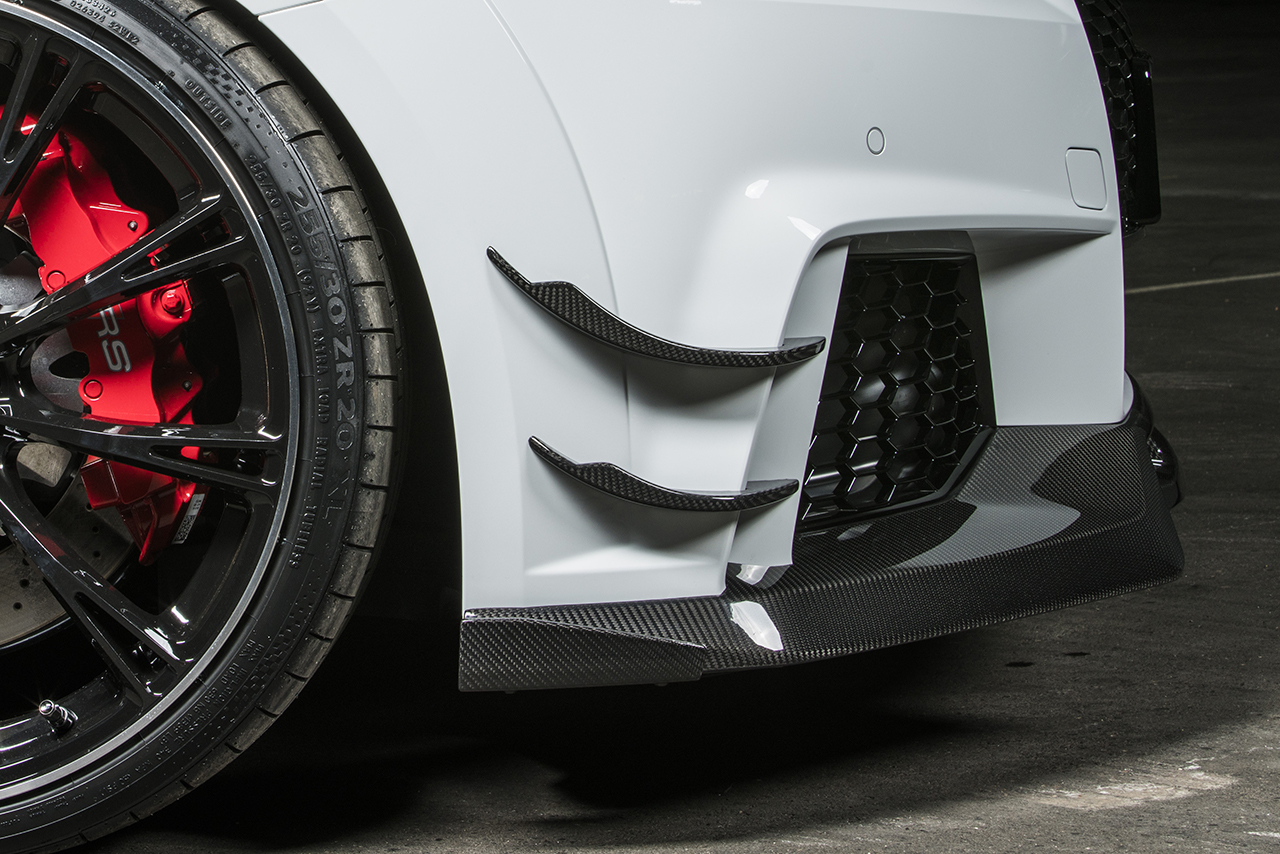 To ensure that the ABT TT RS-R also provides a suitable driving experience, ABT fitted it with suspension springs and sports stabilizers on front and rear axle. “The uncompromising upgrade for the ABT TT RS-R illustrates the essence of ABT Sportsline: We have been focusing on our customers for over 120 years. Each vehicle is tested for reliability down to the last detail and offers maximum driving enjoyment,” Hans-Jürgen Abt summarizes. 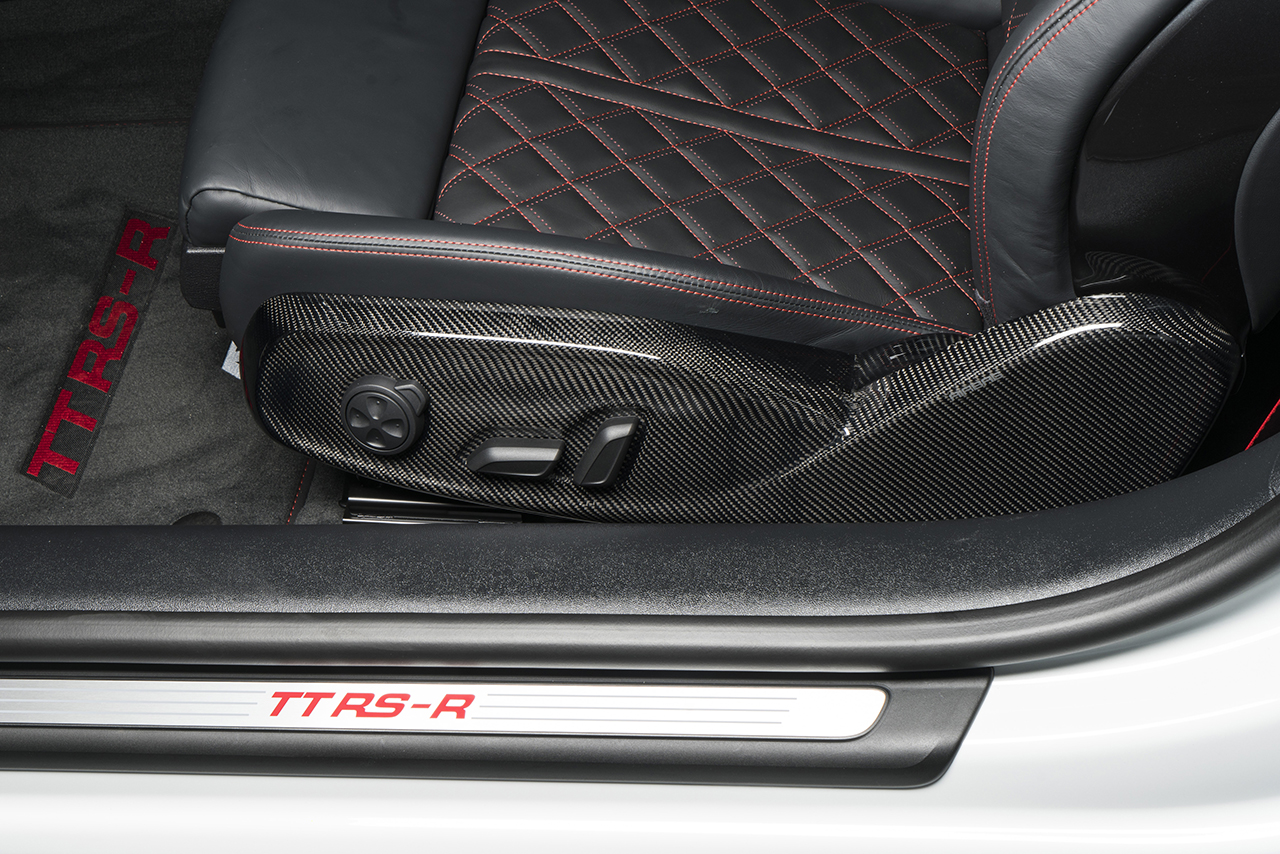 The TT RS is currently no longer available to order from Audi, but the RS-R model with added 100 hp is available from ABT for interested customers at product launch. The individual components of the ABT TT RS-R are also available for conversions. 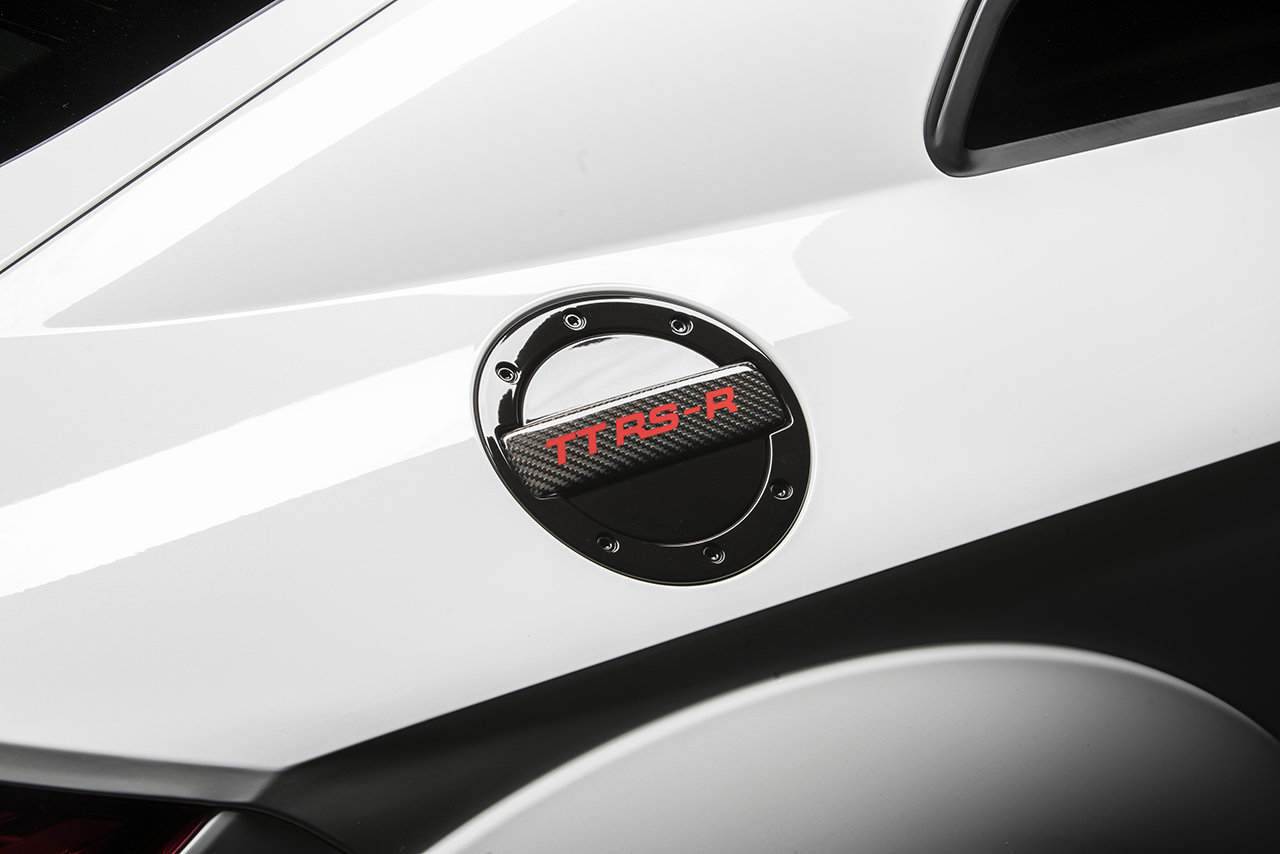 The new ABT Audi TT RS-R – data and facts

ABT SUSPENSION
ABT suspension springs
ABT sport stabilisers (FA/RA)