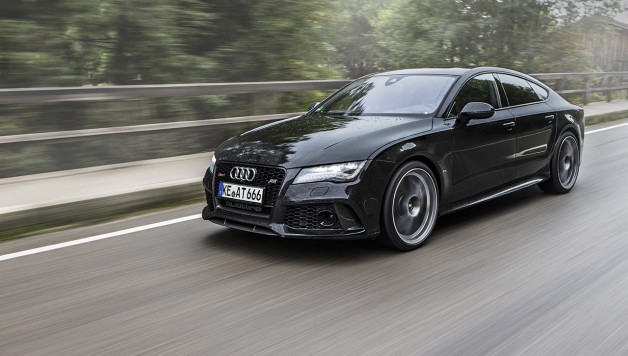 Limousine or estate are too humdrum? A sports car or traditional coupé are not convenient enough? Don’t worry. ABT Sportsline, the globally largest tuner of Audis and Volkswagens, with its interpretation of the stylish and powerful Audi RS7 still has an ace up its sleeve. The Bavarians have not only added an exposed-carbon spoiler at the rear but a lot more engine output as well.

“As you can tell from our car’s number plate, this four-door coupé has at least 666 hp or 490 kW,“ says CEO Hans-Jürgen Abt: “This is much more than the serial 560 hp or 412 kW, which isn’t low to begin with.“ The ABT Power “New Generation“ uprating also increases the car’s torque from 700 to 830 Nm. The new top speed is an electronically limited 300 kph. 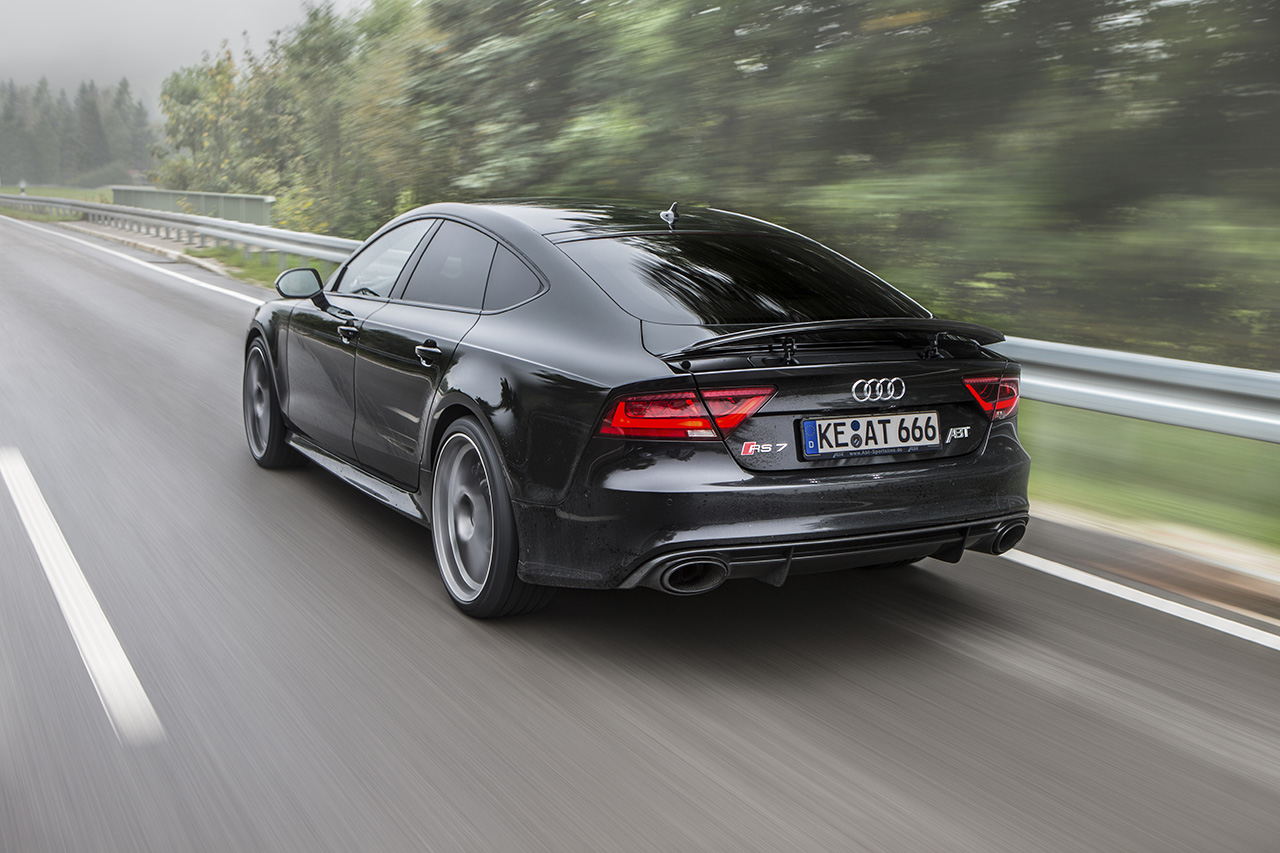 The ABT Engine Control and its matching exhaust system with Power S “New Generation“ makes the car even more powerful and smooth-running. It has been uprated by 25 per cent: 700 hp / 515 kW and 880 Nm the specs say, with Vmax at 320 kph. But no matter if it is ABT Power or Power S: “All the latest generation’s upgrades feature the stand-alone ABT control unit with our software, which makes either system fit modern premium engines the best way,” Hans-Jürgen Abt explains.

In Bavaria, great events are usually celebrated with a lot of brass music, with the ABT RS7 featuring its own instrument of sorts: the optional stainless-steel silencer system, exclusively available in conjunction with the 700 hp uprating. This makes every day a holiday. Its sound perfectly matches the assertive look of the four-door car completed by the ABT wheel spacers and sporty alloy wheels. The ER-C in its “silver bullet look“ is available in 20 inches, the gunmetal DR even in 21 inches. Both are also available as attractive sets that include the right high-performance tires. After all, you have to keep the 700 race horses in check…