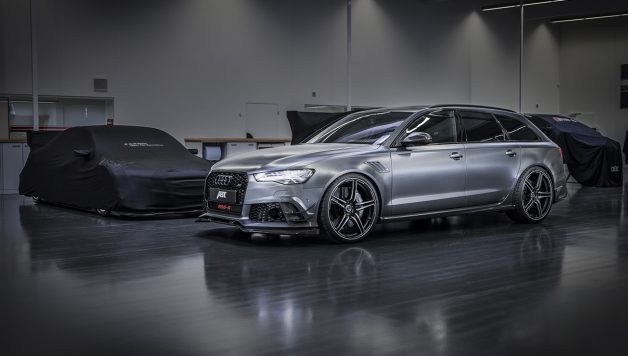 the ABT RS6-R has sold out

With a 730 HP/ 537 kW engine and a visual package that even outshines some of the super sports cars, the ABT RS6-R has done more than just make headlines: with its 295 mm wide 22” wheels, this high-powered estate car, which is based on the latest Audi RS6 facelift, certainly managed to make its unique mark upon many a road. However, only 25 cars were built, and the ABT RS6-R is not available any more – the extremely limited numbers have now completely sold out. 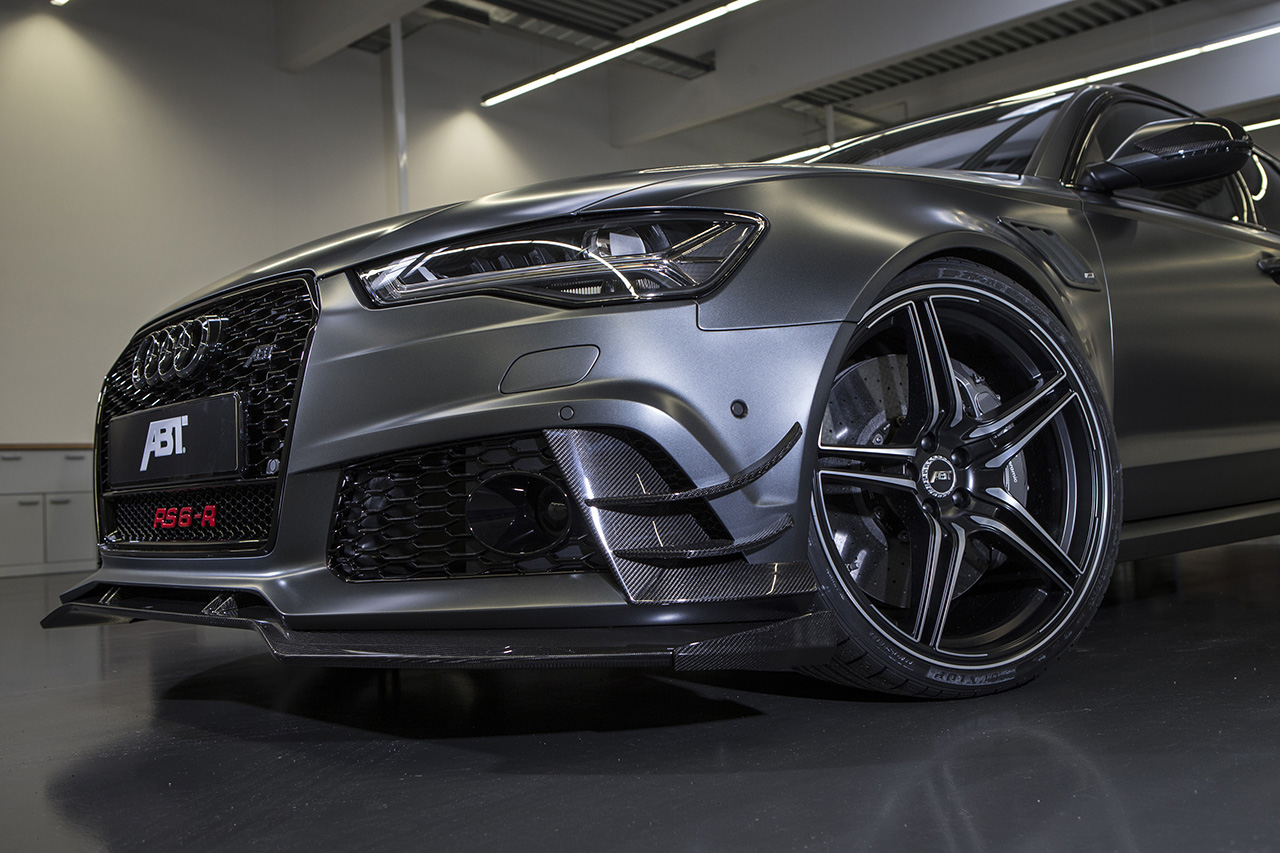 CEO Hans-Jürgen Abt has some words of consolation for the many fans: “In 2017, Audi is launching the C8 generation Audi A6. As one of the world’s leading Audi tuners, we will obviously be involved with this right from the word go!” The only downside is that with the new RS top model, Audi might take until 2019. However, to ensure that power-hungry fans of the brand don’t get bored in the meantime, ABT Sportsline is also giving the more ‘civilian’ and unlimited Audi A6, S6 and RS6 a power boost, with numerous exterior and interior components also inviting further customisation. But let’s put the spotlight back on the ABT RS6-R for one last time! 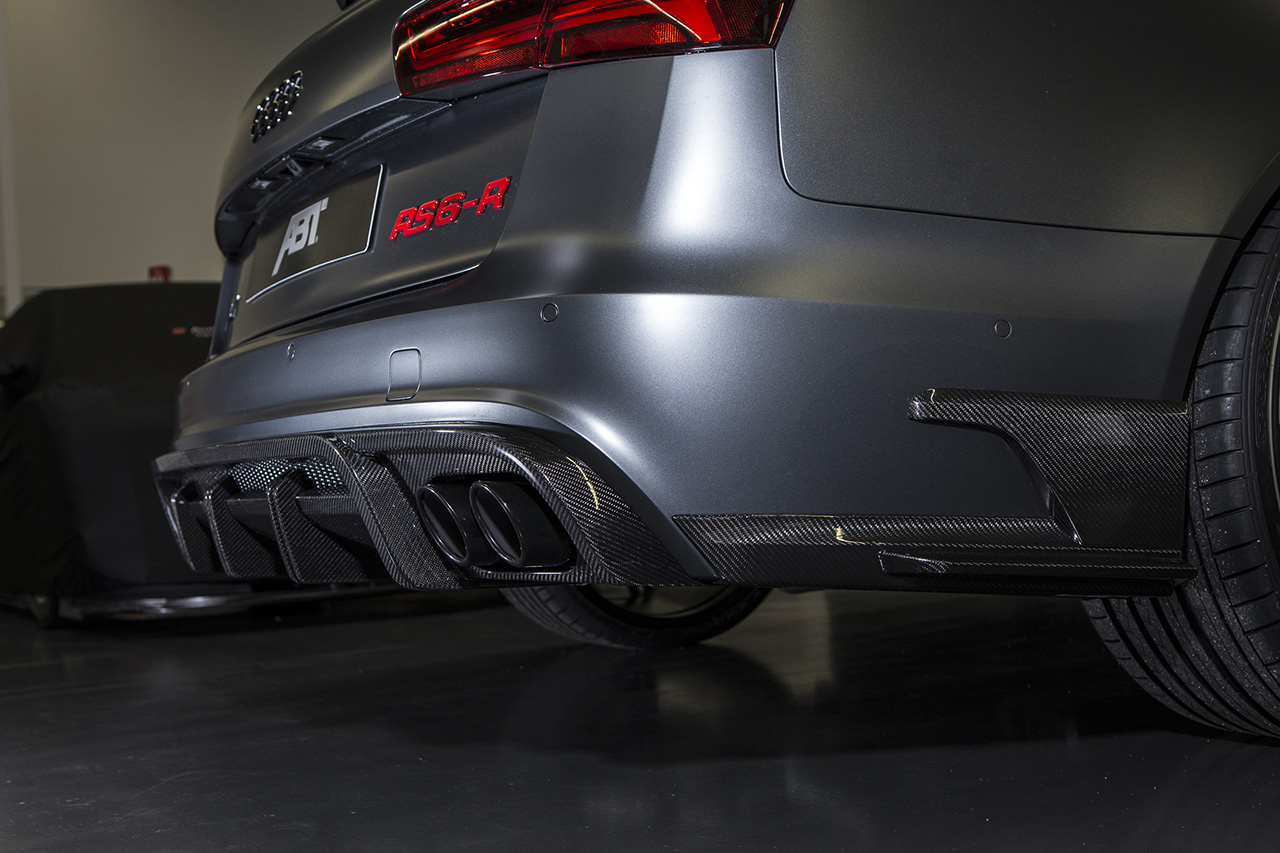 The ABT Power S technology package for the RS6-R engine, which boosted its performance from 560 HP/ 412 kW to a staggering 730 HP/ 537 kW, was quite remarkable. A specially adapted stainless steel exhaust system with two twin tailpipes guaranteed a phenomenal sound and an even more attractive look. Talking of looks: select carbon fibre parts were a stylistic feature of the ABT bodywork attachments: these adorned the front lip including front blades, air inlet covers with front flics, the side skirt add ons and more add on parts for the rear skirt. Mirror covers, fender inserts and a rear spoiler completed the package. 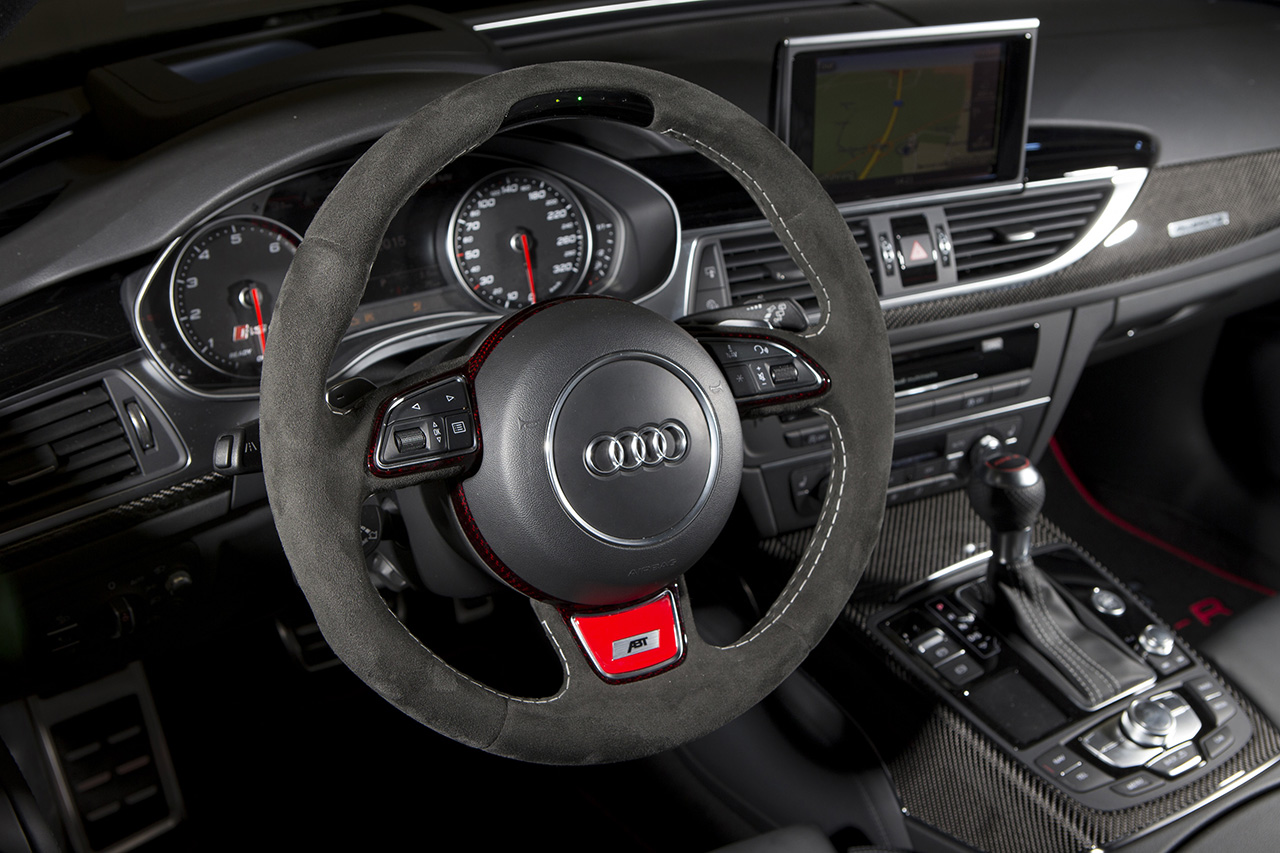 The 22” FR alloy wheels coordinate ideally with the kit, and these are, of course, also available for other models. With their black corpus and front-polished double spokes, they are the perfect mix of sportiness and luxury. On the ABT RS6-R, they are coupled with Dunlop 295/25 ZR22 tires. In conjunction with special coilover suspension springs, these guarantee perfect road contact and play a key role in creating the vehicle’s unique driving experience. However, its successor, which has not yet been introduced, will most certainly take its performance up a notch. Therefore 2017 also promises to be an exciting year at ABT Sportsline. 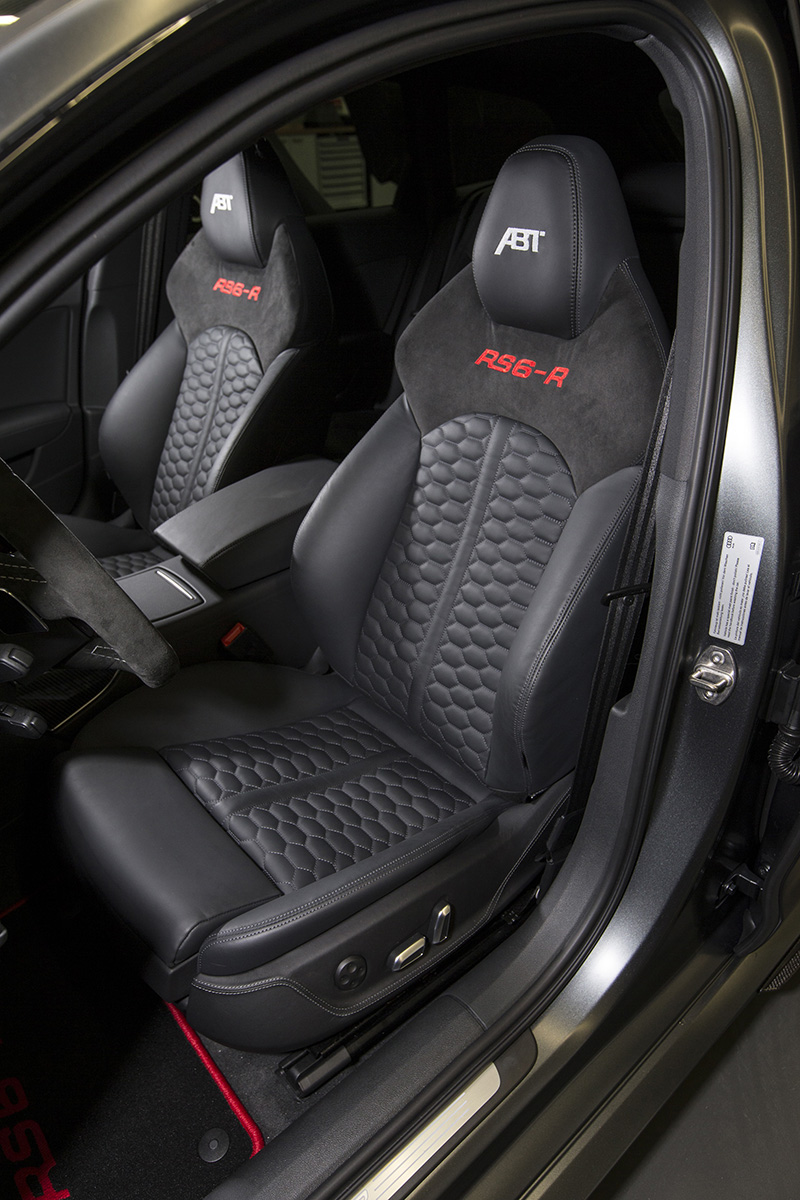 ABT EXHAUST TECHNOLOGY
ABT stainless steel exhaust system incl. new middle and axle back and black ABT tail pipes