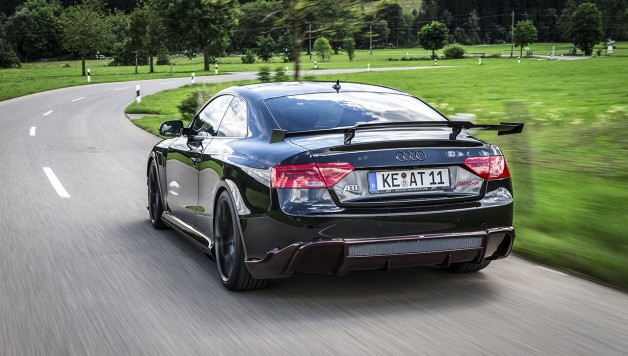 Indeed, there are calm, slender heroes that are not considered for what they are made of. Real athletes, however, are carved from a different piece of wood – including biceps, six-pack, and strong Bavarian calves. With the ABT RS5-R, the worldwide biggest car tuner of the Audi and Volkswagen Group has such a world-class athlete in its program that accelerates from 0 to 100 in 4.3 seconds, reaching a top speed of up to 290 km/h. 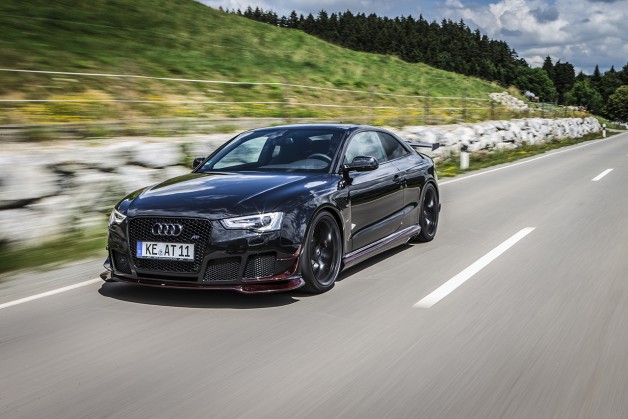 In order to achieve such a performance, engineers from Bavaria sent the production sports car Audi A5 to the training camp once again so that it now generates 470 hp (346 kW) and 440 Newton metres of torque. “These values speak for themselves”, says CEO Hans-Jürgen Abt, referring to the self-confident body kit of the high-performance coupé. Here, a martial look meets lightweight construction and a host of functional details: So the carbon front skirt with AeroFlics optimizes the airflow. The low side skirts as well as the rear skirt and the striking wing also consist of the high-tech carbon fibre material. Matching the entire ensemble, ABT Sportsline also offers special inserts for the front fenders. 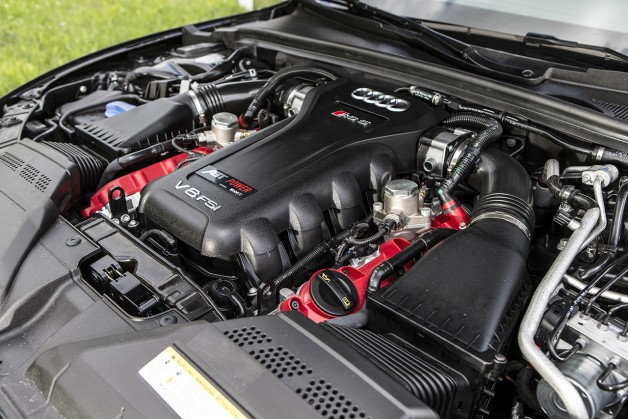 The reason why the RS5-R almost appears like a real racing car is also due to the big 20” ABT rims of type ER-F20 in “black magic” look. Despite of their strong appearance, the lightweight, forged alloy wheels only weigh 9.3 kg each – without the relevant 275/30 ZR20 high-performance tires, of course. But the best thing is yet to come: Because the exhaust system, making a significant contribution to the performance increase, comes in two variants. Apart from the conventional style in serial tail pipe look, an alternative side-pipe variant going out of the left skirt of the vehicle will blow the march. While the brute sound indulges your ears, the gigantic tail pipe is a feast for your eyes. 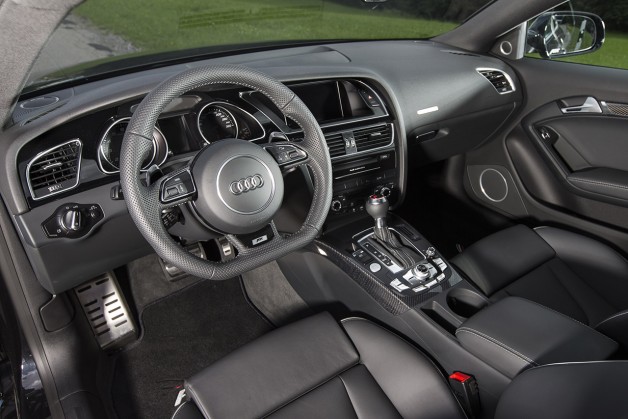