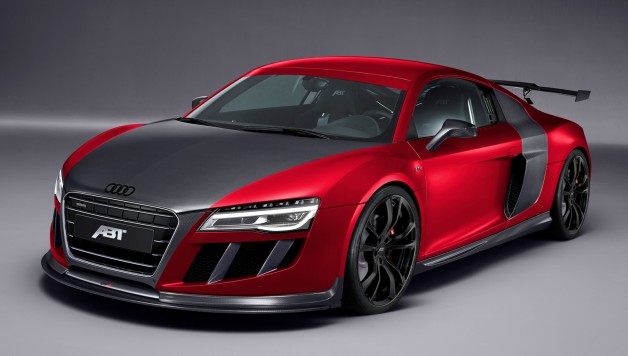 Its predecessor had already attested to the huge competence always shown by the globally largest tuner of cars produced by the Volkswagen Group. Now, the new ABT R8 GTR has also turned out to be a roadworthy “dream car” based upon the company’s motorsport experience. And the “ABT POWERed” super sports car’s V10 engine’s performance data are indeed impressive: 620 hp (456 kW), up from “only” 525 hp (386 kW) shown by Audi R8’s serial version. The top speed of the ABT R8 GTR is 325 km/h. The fastest R8 reaches 100 km/h in 3.2 seconds, 200 km/h in 9.9 seconds, a speed range for champions.

This is made possible by the Bavarian company’s marvellous engineering skills. In conjunction with the developers in the ABT racing department, the engineers have seen to less weight and its ideal distribution. The body parts do not only fit the design of the R8 GTR, the ABT Sportsline version also weighs 100 kg less. This can be put down to all its components being made of high-quality, durable and extremely light carbon fiber. Be it the front or rear spoiler, rear wing, hatch door or bonnet, it’s all made of carbon fiber. Even the exterior mirrors, door panels and rear tearoff edge are made of carbon fiber. ABT has surely come up with a perfect sports car, down to the last detail. Even the front splitter is adjustable, for, say, a professional use of the R8 GTR on the legendary “Nordschleife” or Hockenheimring. 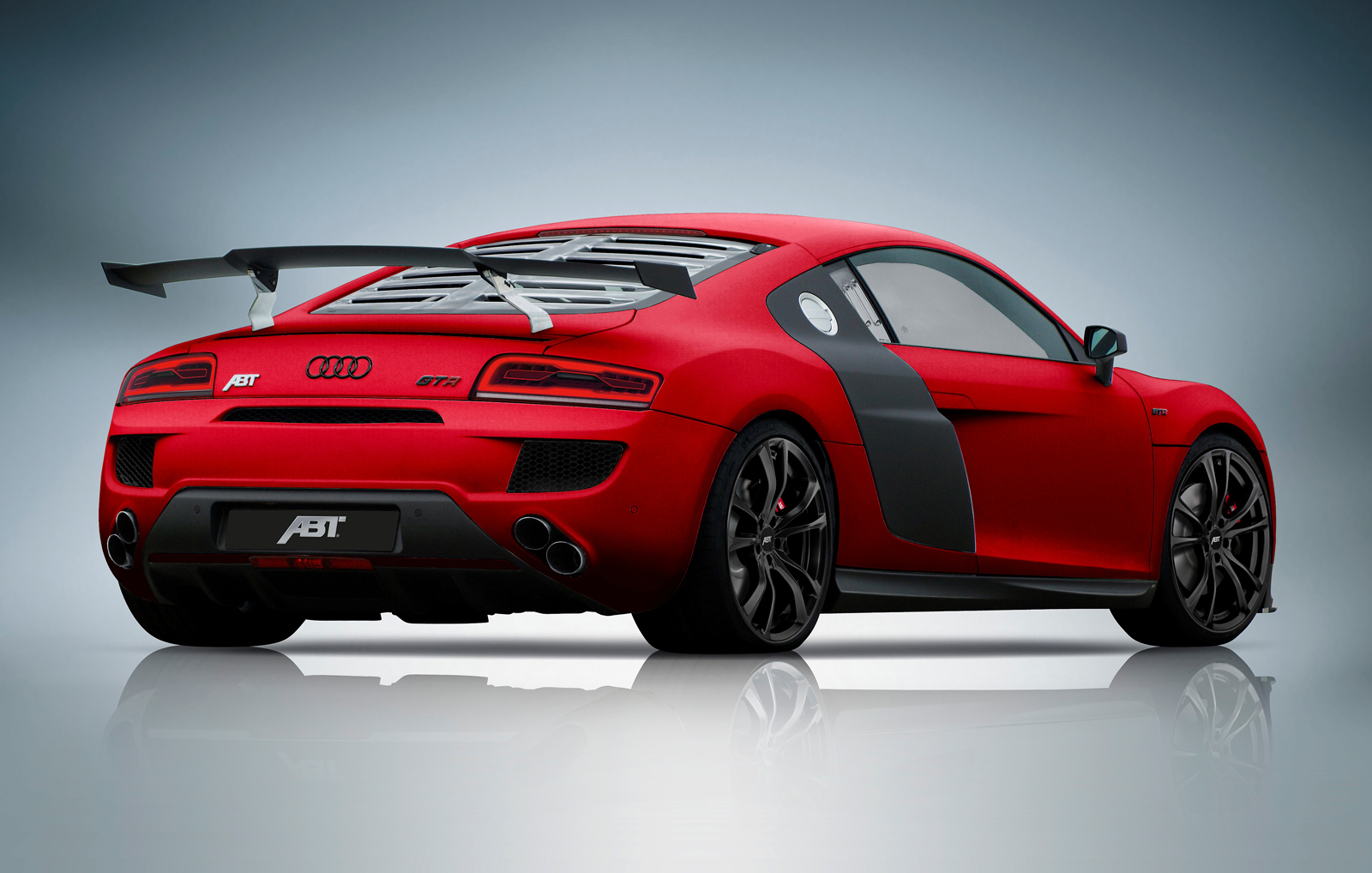 “This car combines all our experiences gained in all the decades we have been involved in premium motorsports“, says Hans-Jürgen Abt, CEO of ABT Sportsline. And his company’s competence can indeed be found in each and every detail. From the ceramic braking system, the height-adjustible sport-type suspension with its adjustable shock absorbers to the wheels – it all bears the Kempten signature. For the R8 GTR, the traditional “high-end company” has used the ER-F forged wheel. Again, weight reduction plays a huge role here. In motorsports, it’s decisive that the unsprung masses are as small as possible, and that’s where the ER-F, used here in 9 x 19 inches (front axle) and 11 x 19 inches (rear axle), is so very convincing. It goes without saying that the sports car stands on high-speed tires suitable for the car’s top speed.

The interior of the ABT R8 GTR, a black-red Alcantara, is surely assertive and tasteful. Discreet racing stripes adorn the sport bucket seats. A rollover cage and 4-point safety belts are as much part of the equipment as is the extravagant and practical sport-type steering wheel made of Alcantara and carbon and featuring LED-shift indicator lights. After all, the ABT R8 GTR allows extremely fast lap times: Its performance and its equipment make this car a dream car that is both uncompromising and roadworthy. You won’t get any more ABT right now.

The new ABT R8 GTR – data and facts

One Response to ABT R8 GTR