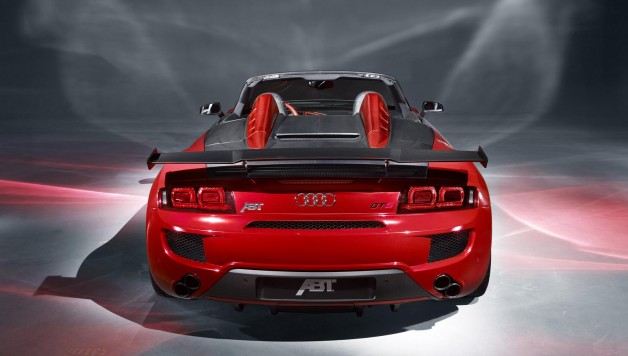 Abt Sportsline has unveiled the new R8 GT S at the Geneva Motor Show. You will notice the contrast provided by the combination between red and carbon dominating from the bonnet to the rear wing. 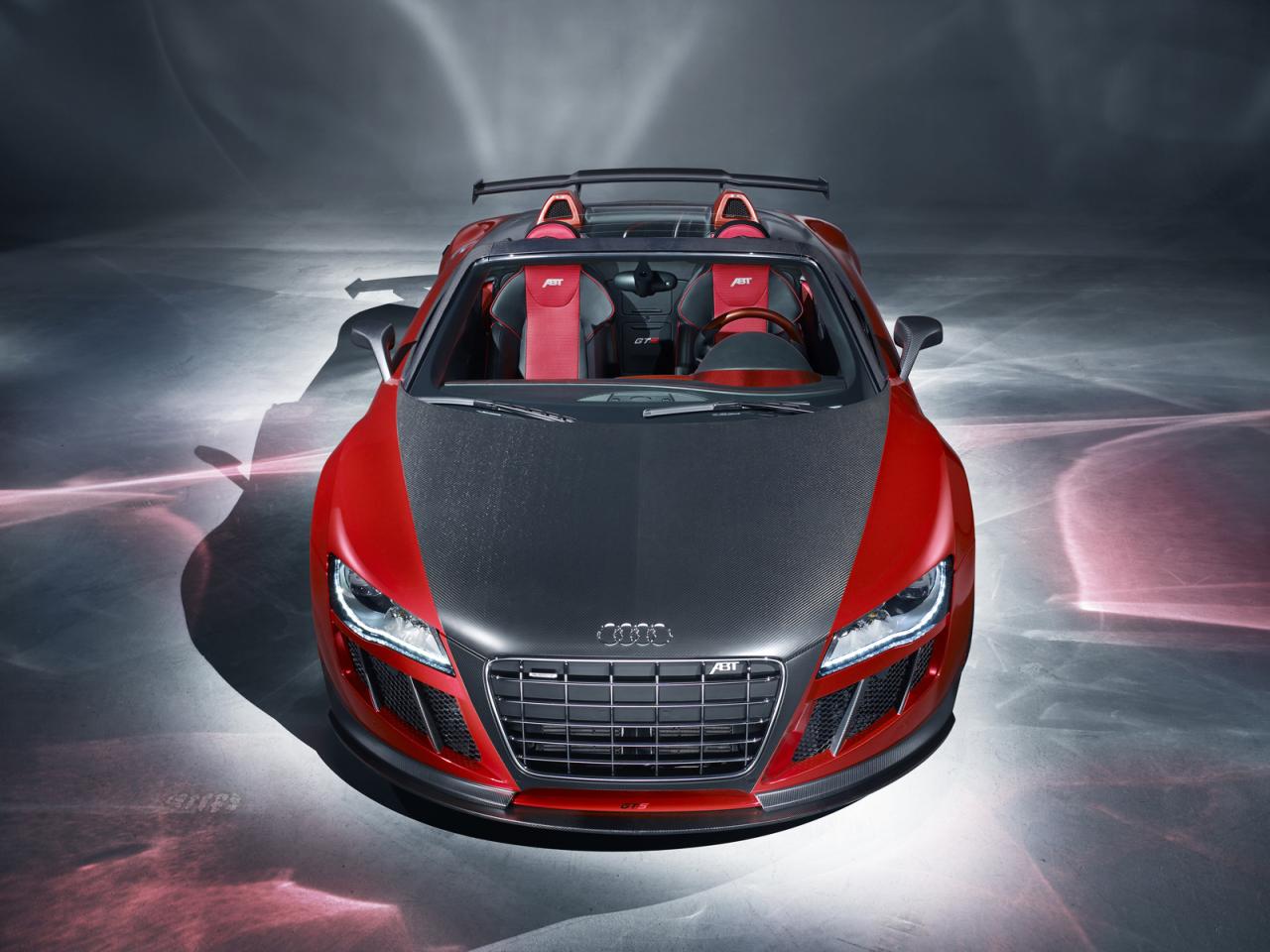 The car now produces 620 HP (456 kW) compared to 525 HP (386 kW) in standard models. The ABT R8 GT S sprints from 0 to 100 km/h in 3.6 seconds and has a top speed of 320 km/h. The Sports exhaust system provides improved acoustics and is an important part of the design concept, matching the diffuser, rear wing and trapeze-shaped rear skirt, including light metal alloy ABT BR in 20 or the CR Superlight in 19 inch. 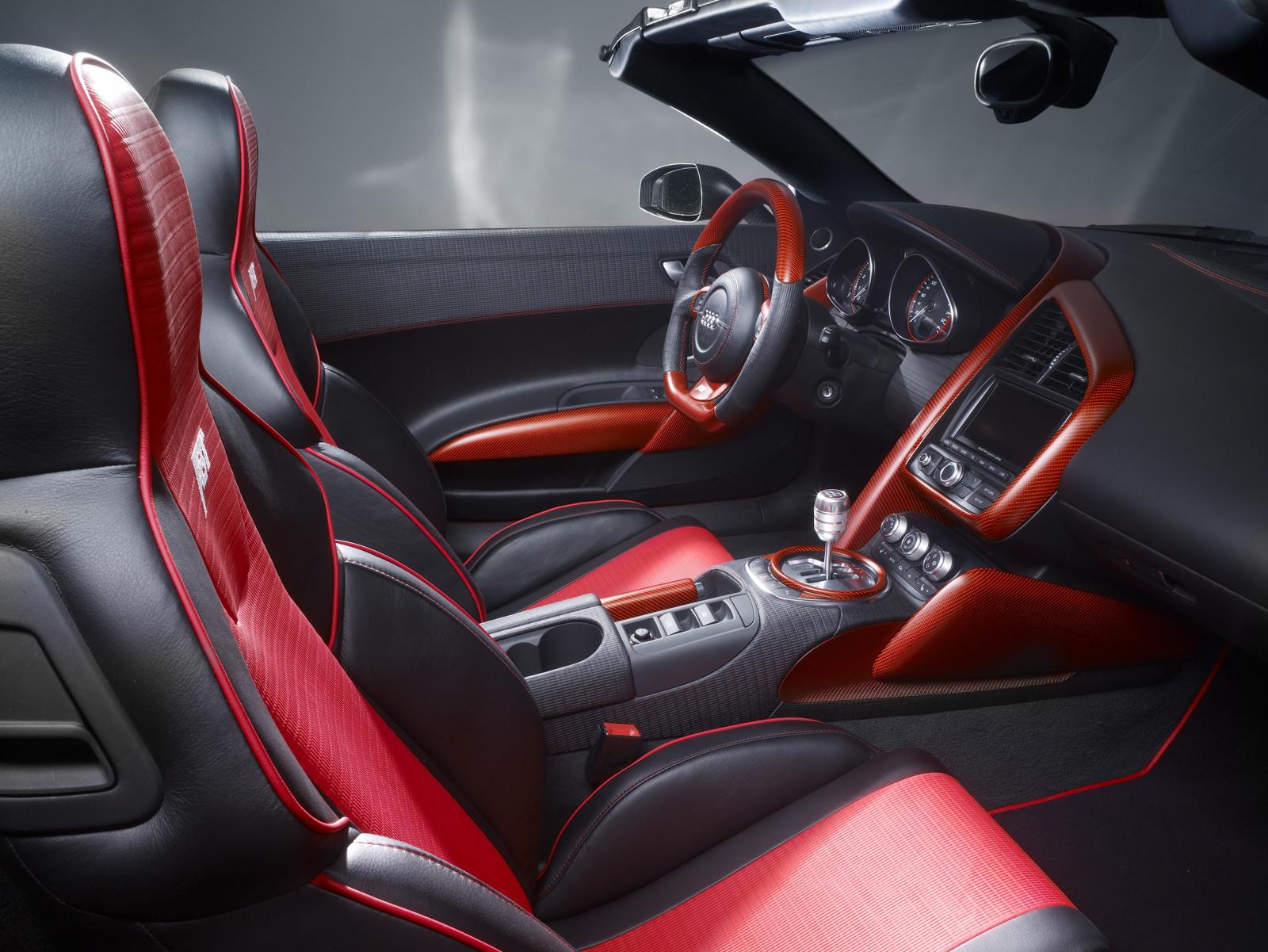 The ABT R8 GT S has a revised sports steering wheel, with the centre console, shift gate and parts of the door panels styled in red carbon. The remaining parts of the doors and the dashboard are covered with new leather, red safety belts and illuminated door sill panels round off the ABT R8 GT S.