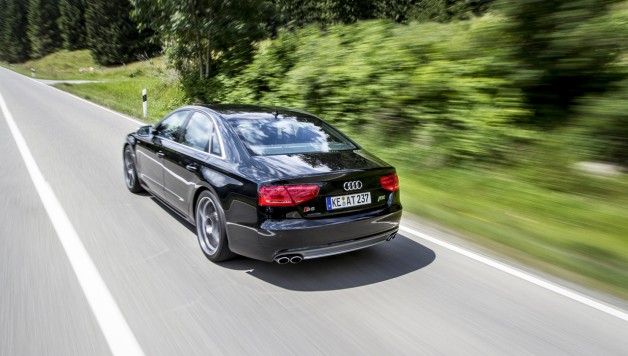 The new AS8 is a real sports-car limo. And what on earth is a sports-car limo, you may now ask yourself?! Well, the answer certainly sounds simpler than its technical realisation is: Such a car combines the standards of an elegant, luxurious touring car with a super sports-car’s power and handling characteristics.

And the AS8 is ABT Sportsline’s sports-car limo. “For us, the new AS8 is the best of both worlds, that is, the best in terms of both comfort and acceleration and agility“, says Hans-Jürgen Abt, managing director of the globally largest tuner of cars produced by the Volkswagen Group. “After all, the AS8 has to meet our premium customers’ standards when it comes to performance and luxuriousness.” 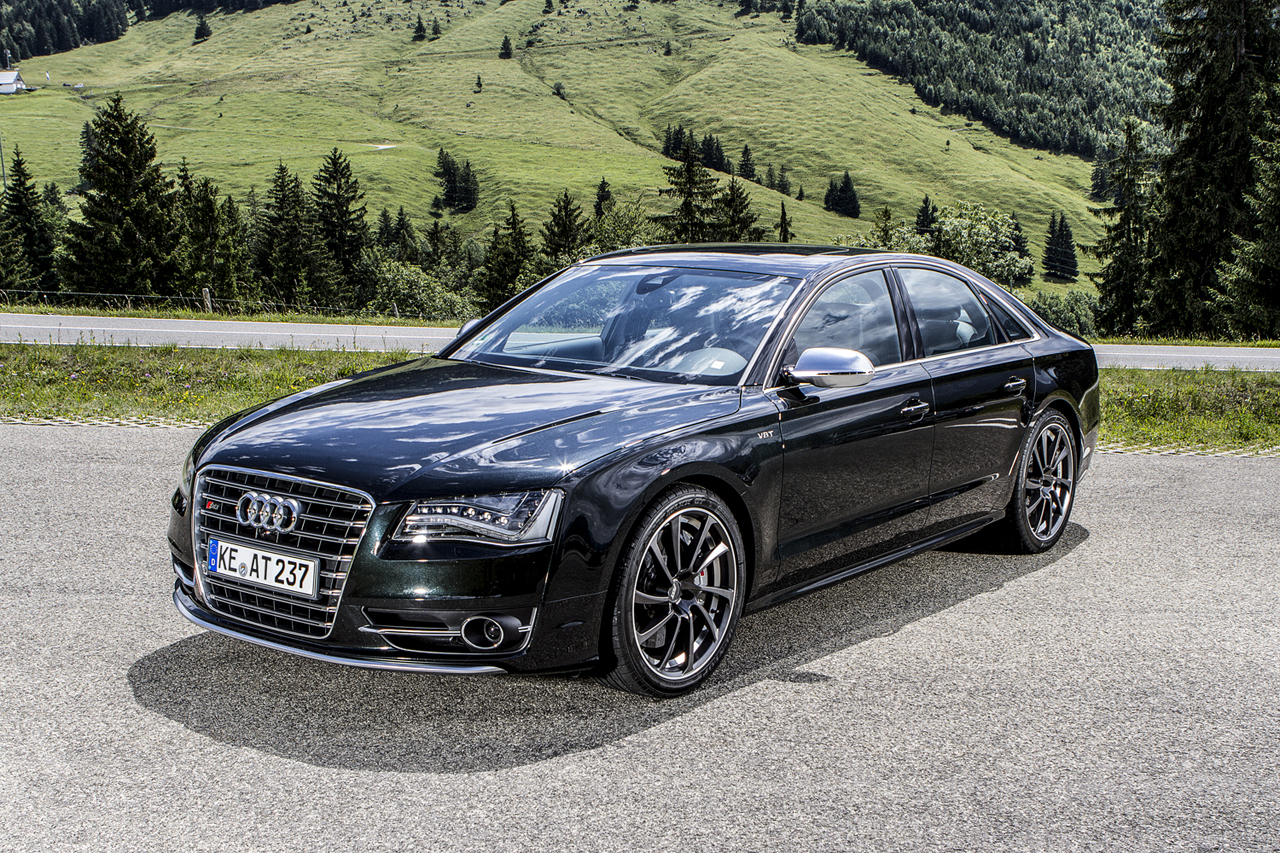 The Bavarian sports-car limo is based upon the new Audi S8, which means that its basic version is certainly no weakling either. The 4.0 TFSI in its serial version has 520 hp (382 kW). The
ABT Sportsline engineers came up with an uprating of as yet 20 per cent, which is really quite something: the ABT POWERed AS8 has 620 hp or 456 kW, with the final performance test still outstanding. It could thus even be more. The AS8 has a very sophisticated way of showing how very powerful it is. Its torque of 780 Nm (serial version: 650 Nm) doesn’t only make him cope with many situations, it is also always on top of any situation – just as a real super sports-car should be.

The car’s acceleration is quite impressive indeed. (Don’t forget that it weighs almost 2t.) To get from naught to 100 km/h, the ABT AS8 only needs about four seconds. In fourth gear, it needs 2.8 seconds to get from 60 to 100 km/h. In fifth gear, the ABT sports limo only needs 3.5 seconds to get from 80 to 120 km/h. Equally impressive is how the Bavarian flagship gets from naught to 200 km/h, which only takes it a little more than 13 seconds. The luxury ABT sports-car has an electronically limited top speed of 290 km/h. If you want to optimise its handling characteristics further, you should install the ABT Level Control, which lowers the pneumatically suspended car’s CG.

To visually underscore the ABT AS8 dynamism, Hans-Jürgen Abt recommends the sporty ABT alloy wheels. “Particularly the DR and CR models are fully in line with this car,” says the traditional company’s managing director. These wheels are available in 19 to 21 inches and in combination with high-performance tires. After all, they have to be able to withstand this sports-car limo’s huge power…