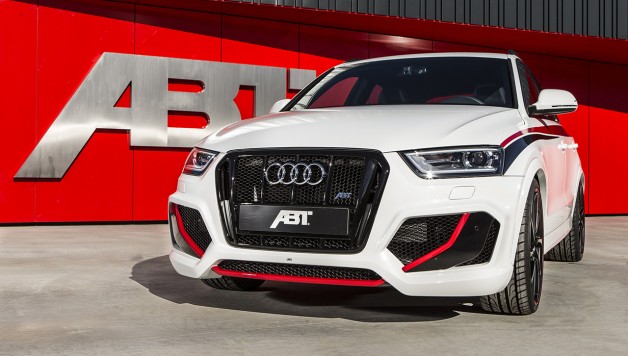 Crossover alternatives to compact rockets like a Golf R or Audi S3 had been a rarity until in 2013 the racy Audi RS Q3 with its 310 hp/228 kW was rolled out. The ABT Sportsline engineers then saw even more potential in this chic car and wanted to put it on an equal footing with real sports cars. Extensive tests on their own dynamometer and public roads followed and showed that the 2.5l five-cylinder engine would easily bear a permanent 32 % uprating, provided the engineers were careful. Now, the ABT RS Q3 has 410 hp or 301 kW; the maximum torque is 530 Nm, up from a serial 420 Nm. In Geneva, ABT will present the power-SUV in an “innocent” white shade with an impressive decor which will then make this colour lose its innocence right away. 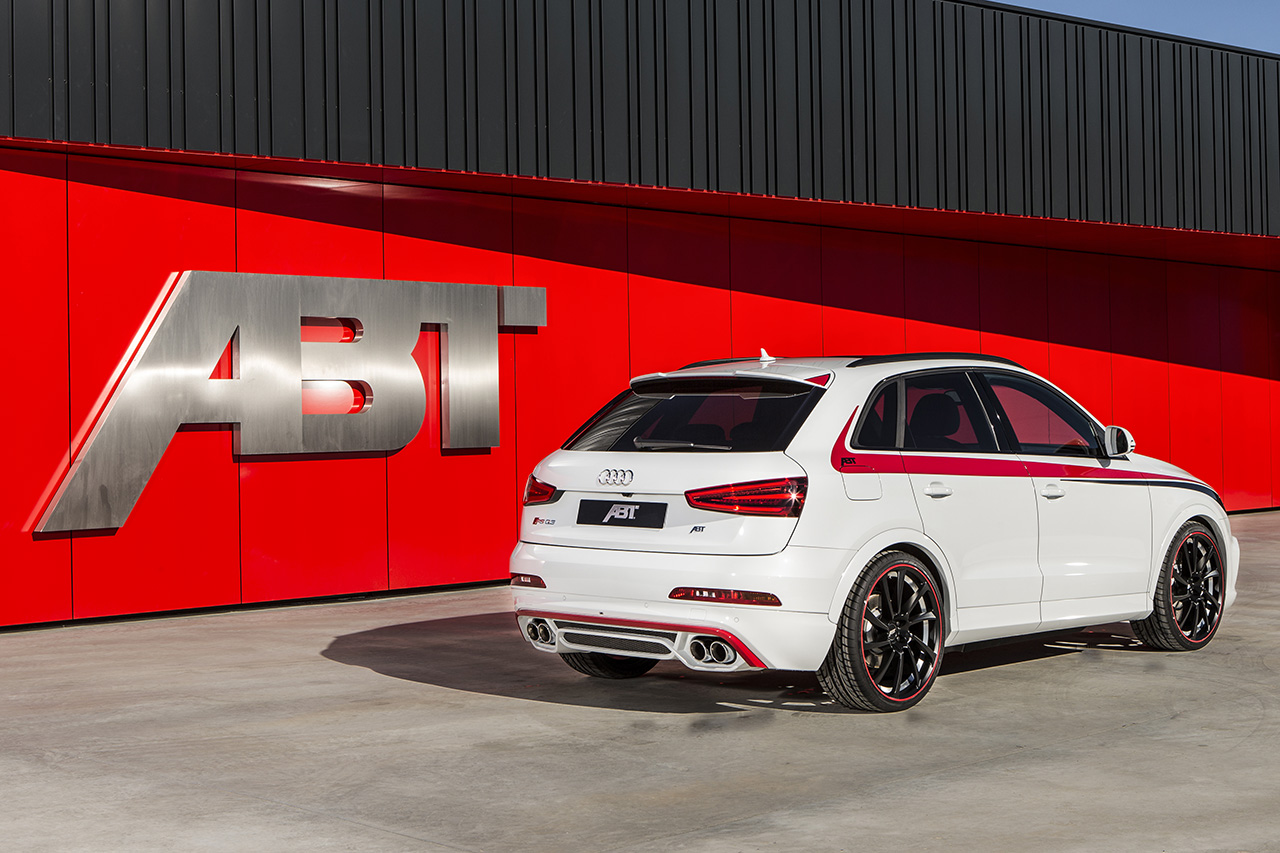 All this was achieved by ABT Power New Generation. “This complex and gentle processes uses a specially developed control unit – ABT Engine Control – and a customised software,“ says Hans-Jürgen Abt, CEO of the globally largest tuner of Volkswagen and Audi cars. But its superiority this SUV does not only get from its engine power but also from a height-adjustable sport-type suspension that provides a maximum of road feedback and dynamism. 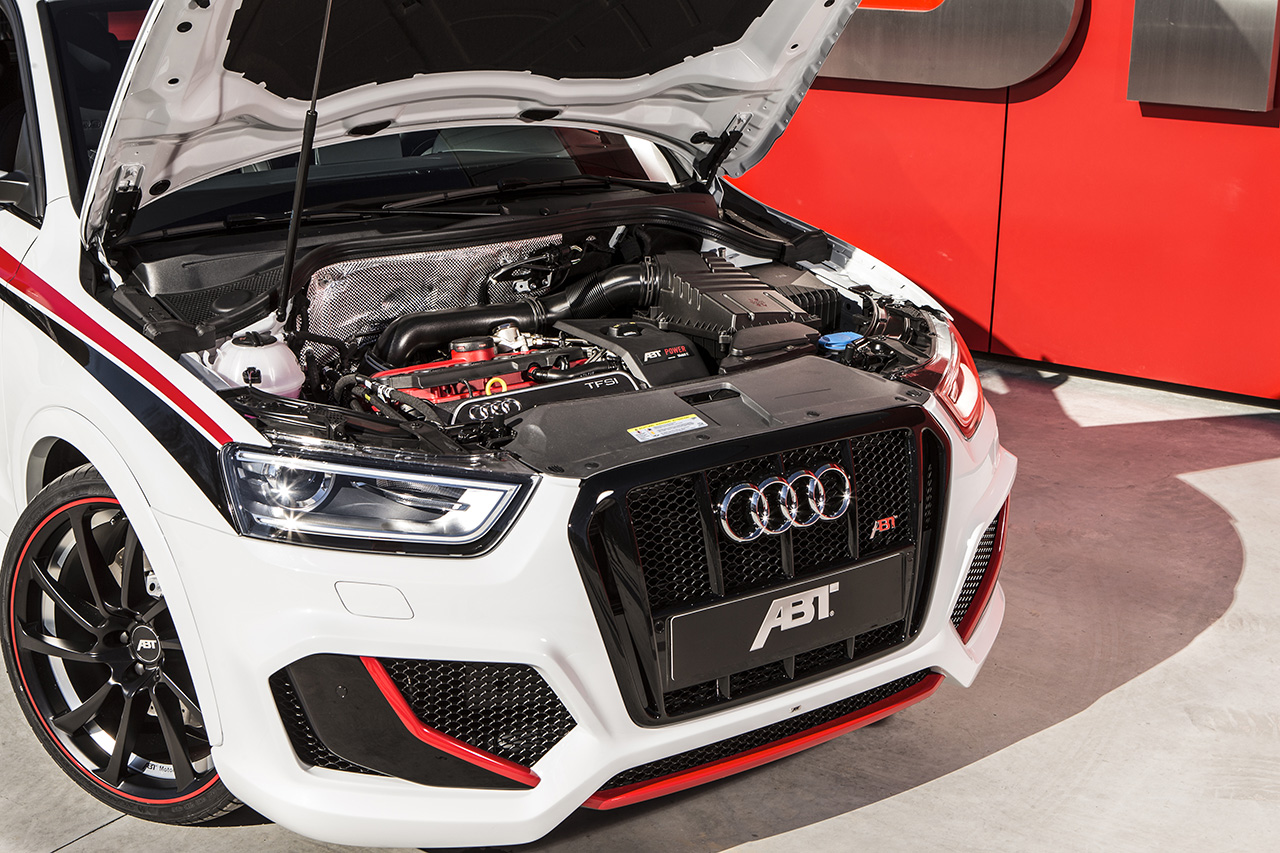 And with regard to prestigious overtaking, ABT has also promoted the RS Q3 to the top league. Driver in front of you in their rearview mirror will always see a car that is sufficiently different from the serial version, rendered so by the new front skirt and grille. And a sporty decor set and 21-inch ABT DR alloy wheels look “fast”, too. Once it is in the lead, this speedy Bavarian is gone. One should also not forget the ABT rear skirt set including a stainless-steel exhaust system and four tail pipes – a much more dynamic look than provided by the single serial pipe.